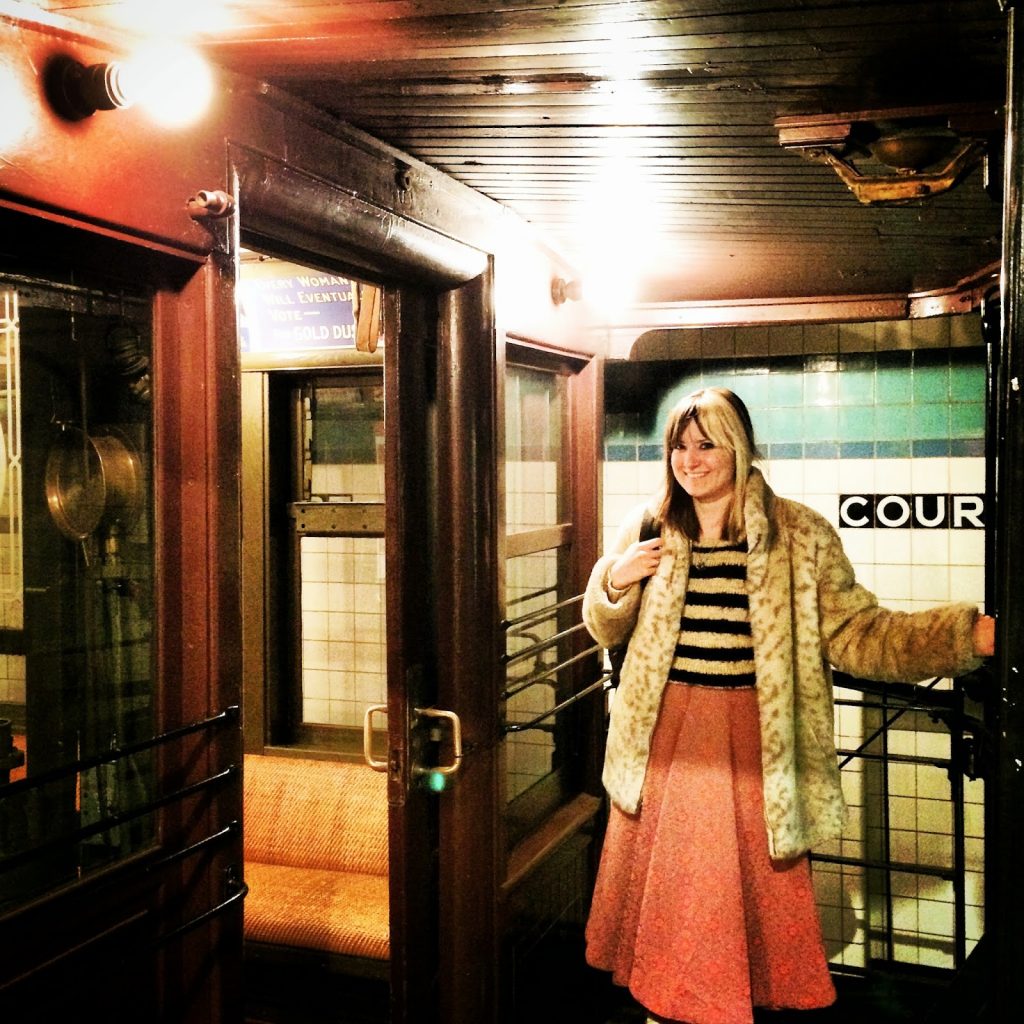 This post is SO belated but a million years ago, my boyfriend and I and his friends from work went to the New York Transit Museum!  Which is conveniently located betwixt our respective workplaces, in “downtown Brooklyn,” whatever that means (NOTE:  I seriously do not know what that means. 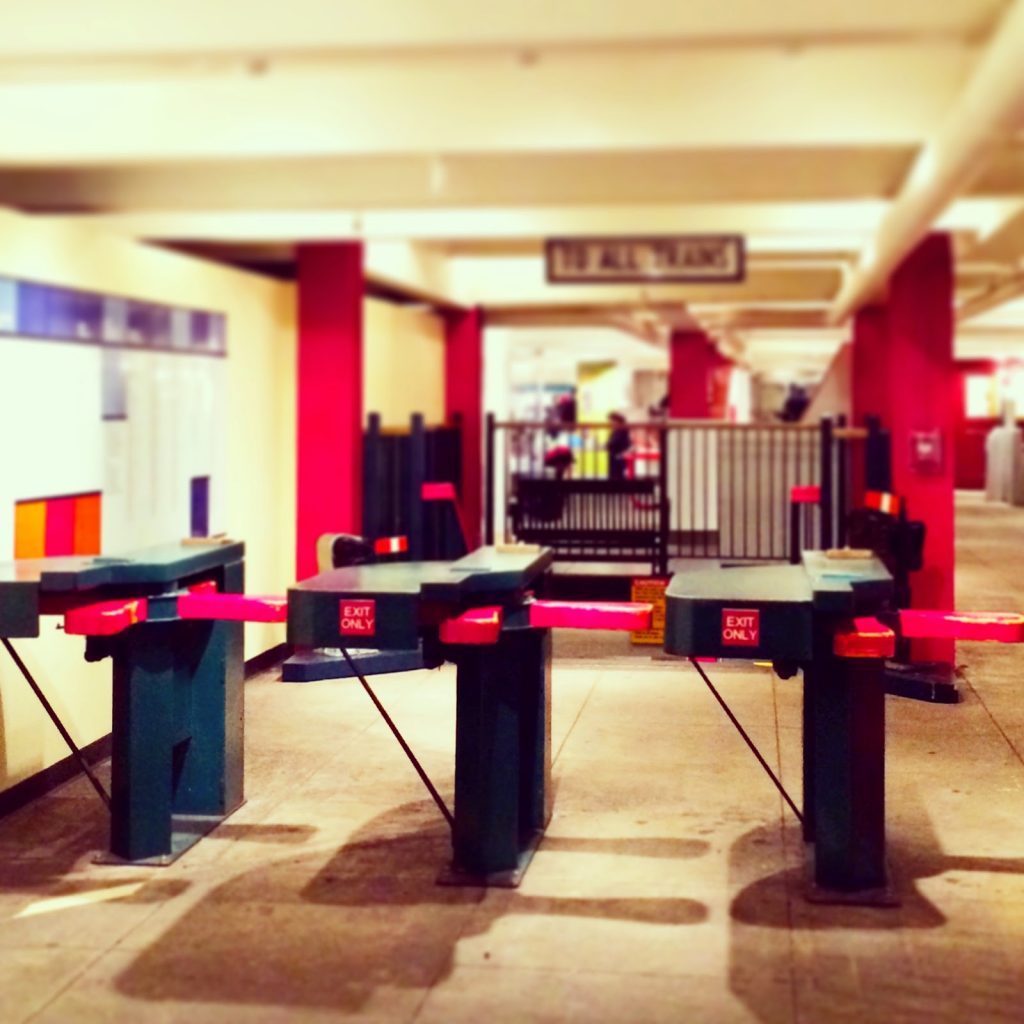 If you’re an “old stuff” junkie like me, you’ll love this place.  You start out by walking through a claustrophobic exhibit on how the subways were built – possibly to force the feeling of cramped tight spaces on you, like the workers must have felt.  Then, the space opens up to an interactive play area to teach kids and clueless adults how the subways run on electricity!  I remain clueless.  But my favourite part from the upstairs was the exhibit about the FARE HIKES!  Did you know that a single ride stayed the same price for like 60 years?  Nudge nudge, MTA.  Also fun:  Slugs Used to Avoid Payment of Fare. 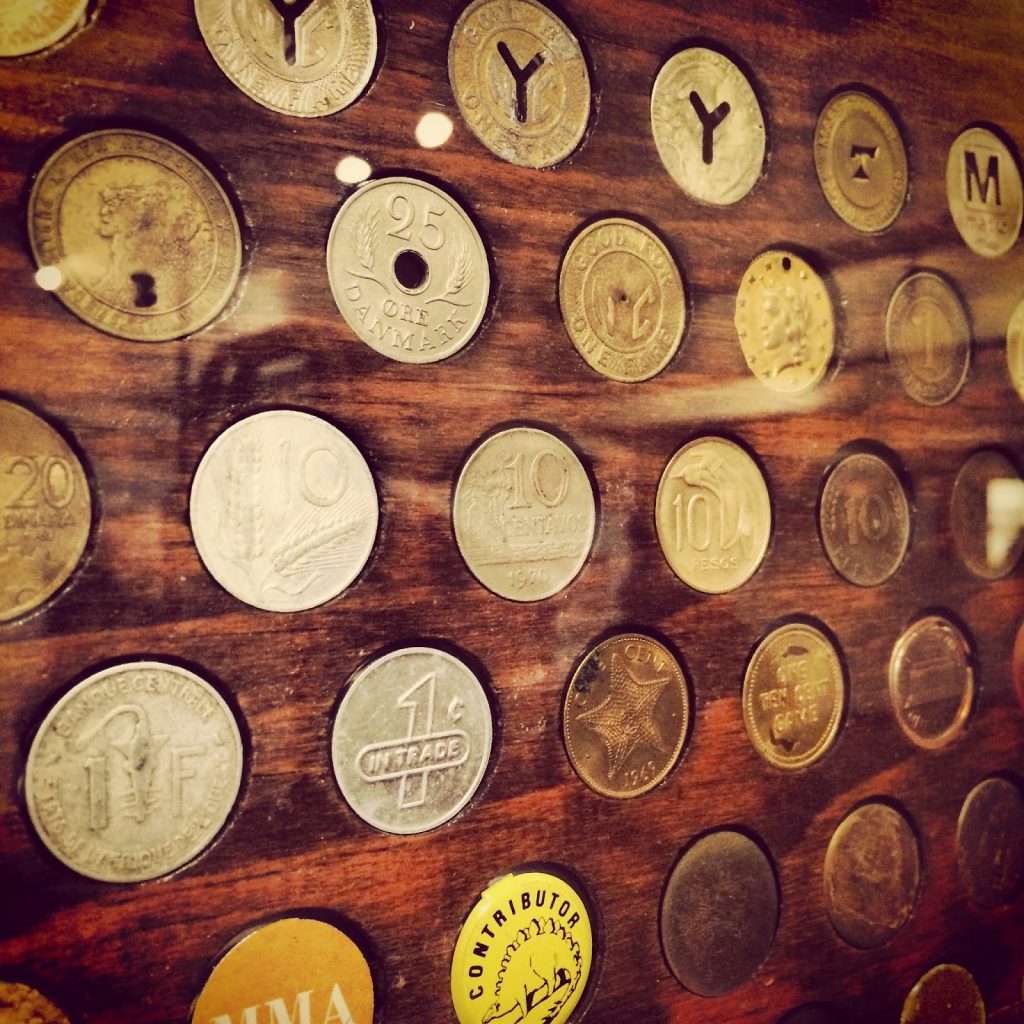 Speaking of “old stuff”, apparently my boyfriend used to con the subway with a German nickel instead of a ride token.  Adorable! 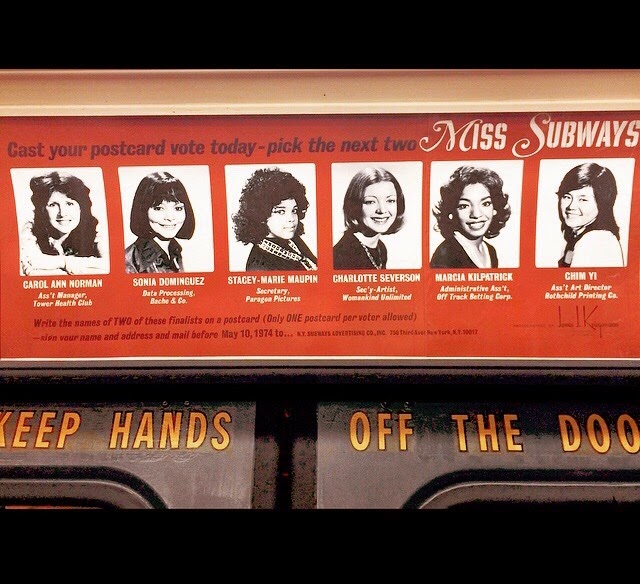 The coolest “old stuff” is downstairs, where – on the tracks below – are OLD TRAINS FROM EVERY ERA!  Remember the “Holiday Train” I caught back in December?  Well, here they all are, ready and waiting to be grammed!  I could have grammed all day, the vintage ads and the cool interiors of the classy old trains with cushioned seats, leather straps, and electric fans! 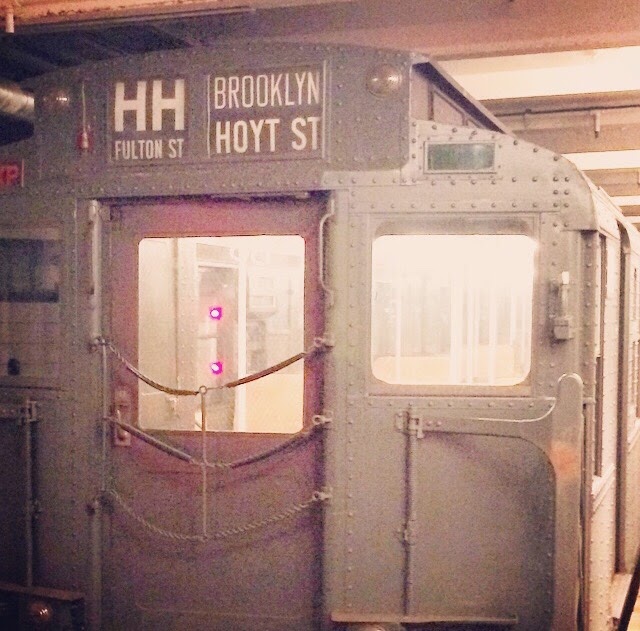 If you’re looking for some “new stuff” to do in NYC, consider checking out some of the “old stuff” at the New York Transit Museum!