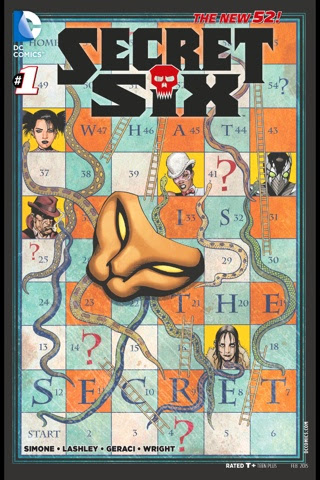 Yes, fan-favourite Secret Six has been rebooted.  What does this mean?  Well, seems that it means that all those characters you knew and loved and wanted to see more of are….

Gone.  That arc is done.  No more Deadshot, no more Scandal/Lianna, no more Bane, NO MORE RAGDOLL.  Wait, what?  Why bother bringing it back if it won’t even have Ragdoll?  Sigh.  But we can only trust in Gail and the team to do right by the Six in the New 52… 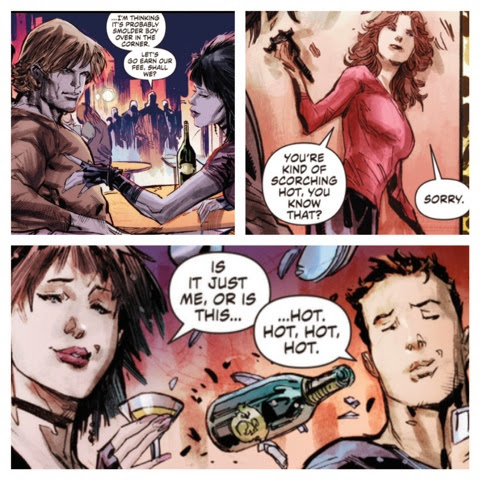 Here’s some (possibly) good news:  Catman is back!  Yeah, Catman.  Of all the Six to bring back, they picked Catman?  Oh but don’t worry, he’s not the boring “everyman” of the previous run.  He’s super sexy now.  He’s SO SEXY, we can’t let a pag ego by without talking about OMG how super sexy Catman is.  Uhhhh….alright….but what about everyone else?

The “replacement Ragdoll” seems to come about in The Ventriloquist, a vaguely disturbing grande dame type character whose movement and posture seem to suggest that she will be the comic relief for the new group. 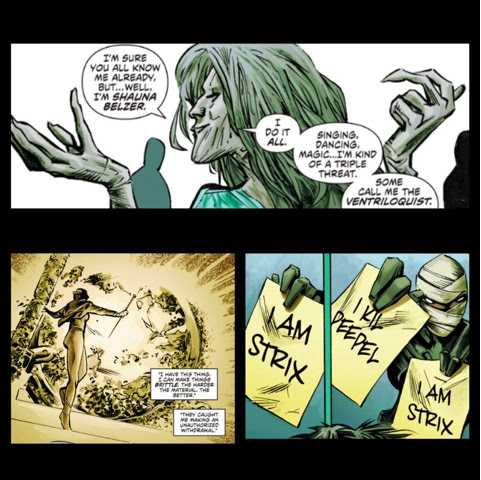 Scandal Savage has been replaced by Porcelain, an androgynous character with an interesting power – she makes things brittle!  Except for the things that she makes hard – namely, our super-sexy-feline-friend Catman.  HA HA!  Gross. 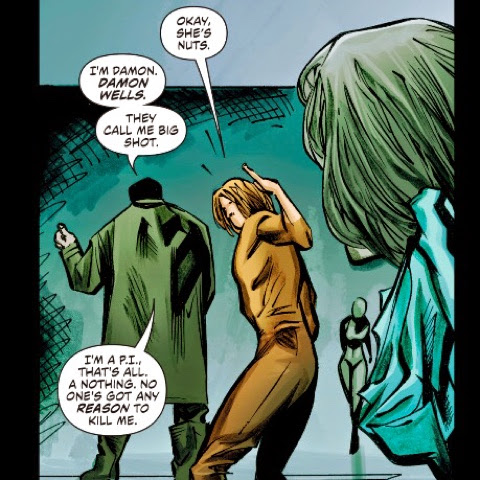 And a big, loveable oaf name Damon Wells aka Big Shot, who shares his nickname with a cool Billy Joel song.  He could be a breakout favourite in the series! 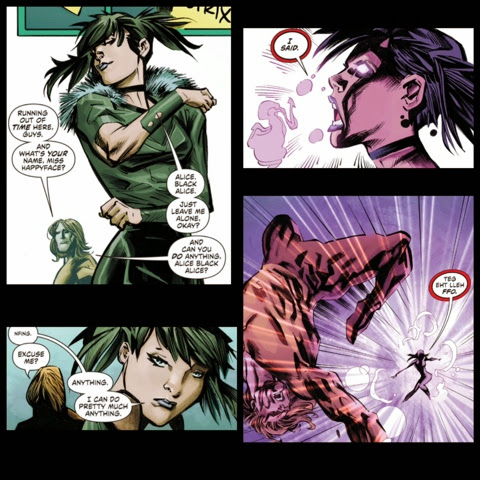 And surprise!  Black Alice is back!  Now, if she didn’t already have “cool points” for being an OG-SS (original gangsta Secret Six that is), in her introduction, she channels Zatanna – let’s back up a bit here shall we?

New6 < Secret Six < Villains United < Identity Crisis which was all set in motion by Zatanna pretty much making this reference 4 degrees deep of nerdy self-referential goodness.

So what will happen in the New 52 Secret Six?  Someone must die.  We know that already.  But who?  And will it be someone we like?  I hope not!  So many questions – what is the secret?  Stay tuned to find out!