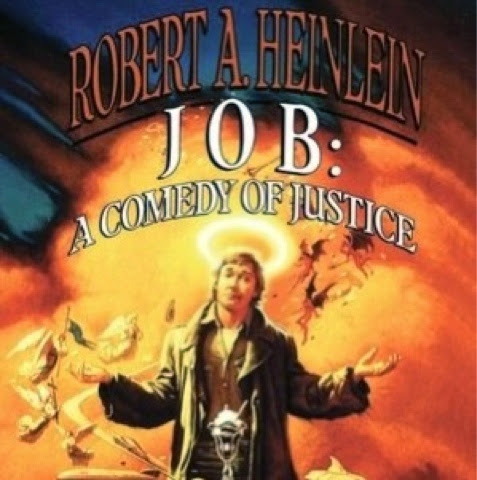 My first Heinlein novel may still be my favourite.  It’s called Job:  A Comedy of Justice but it could just as easily be called Alec and Margrethe:  A Romance of Love because this book is dripping – dripping – in adorable little scenes like THIS: 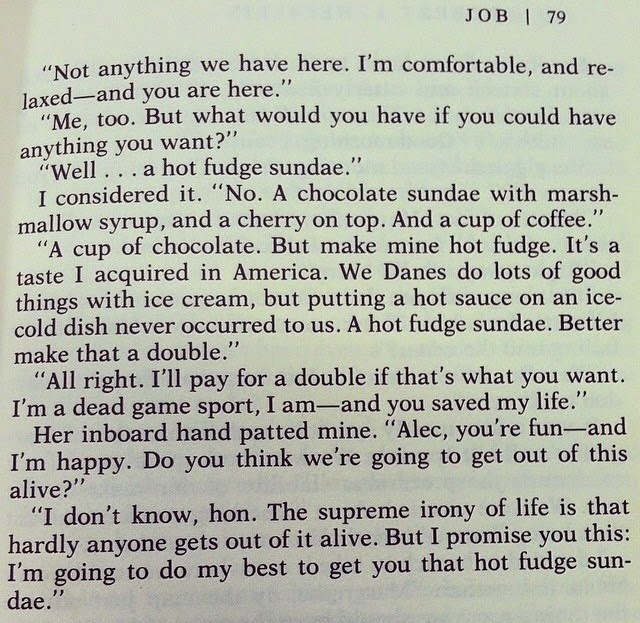 Just as Margrethe sweeps Alec along with her charms, so will Job:  A Comedy of Justice seduce you into wanting to do nothing else but read!  As far as Heinlein’s crazy tomes go, this one is fairly short – just around 300 pages – and moves along speedily compared to Time Enough for Love or Stranger in a Strange Land where you can find yourself lost in dialogue.  Speaking of lost, though, I’m sorry to say that you may be a bit confused for a while.  I recall describing the wonderful book I was smack dab in the middle of to a coworker:

“I have no idea!  But it’s TOTALLY AWESOME!”

I had my theories…but they were all proven wrong!  Gotta love a book that can really – and I mean really – keep you guessing!

Now I think it’s only fair to warn you that this book takes quite the heavy hit at religion, but if you’re not prepared for that with Heinlein, you’re already in over your head.  Suffice to say, it’s a parody of the book of Job, re-written as Heinlein saw fit.  Fixing wrong bits and whatnot.  Give the man a soapbox to discuss religion, and you’re gonna get it.

The ending is perfect – perfect – but I won’t spoil it for you here, you’ll just have to read it to find out!