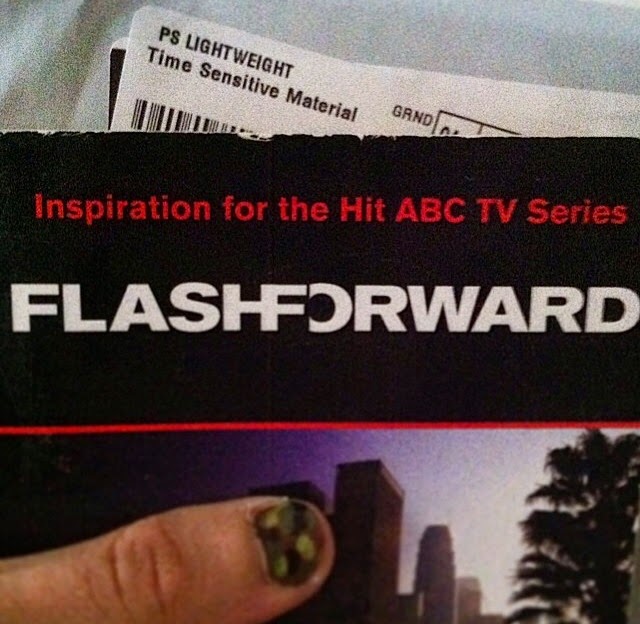 Last week, I spoke about my disappointment with Jurassic Park, and how I felt the movie was better.  In a dramatic turn of events, this week I review the novel Flashforward by Robert J. Sawyer, which was the inspiration for a one-season TV drama on ABC several years ago.  SPOILER ALERT:  THIS BOOK IS BETTER! 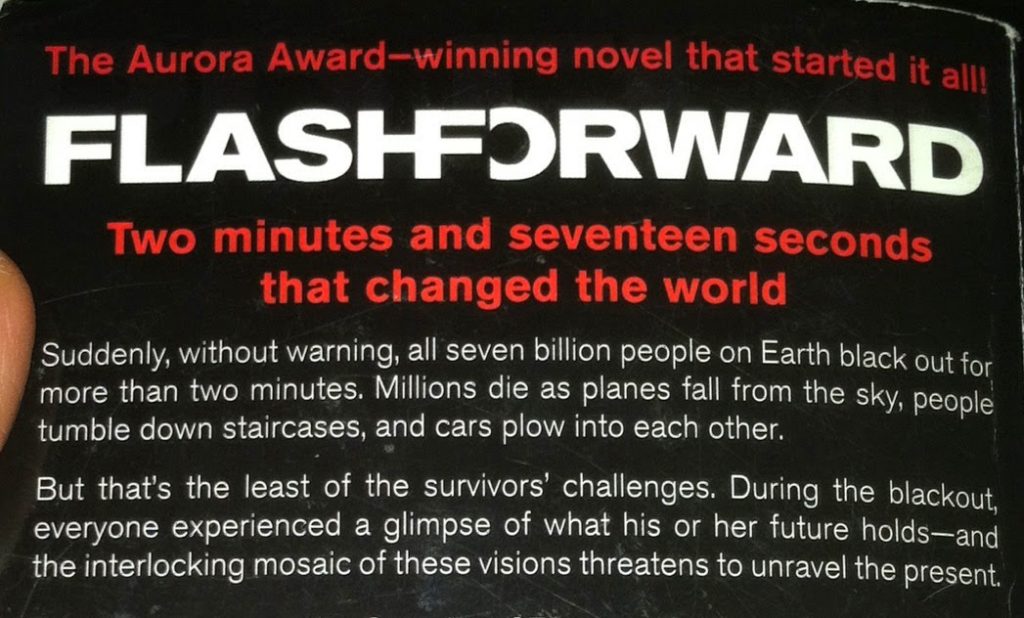 The back jacket summarizes the plot better than I possibly could.  And while the TV show attempted to show the multiple impact on numerous characters, the book focuses mainly on the three scientists at the heart of the physics experiment that caused (?) the “flash forward” – or did it?  While Crichton goes overboard with jargon and explanation, Sawyer’s style is breezy and action-focused.  He trusts his readers, doesn’t over-explain, and moves on.  Even chase sequences are short!  Sawyer cuts right to the core, quickly finding the point, and doesn’t labor over it.  The book is only 319 pages long, but it feels like a short story.  Along the way we are confronted with a major philosophical question:  would you want to know your future?  And if you did, and didn’t like it, could you change it?  Predestination, fate, predetermination, all of these questions about while mystery, intrigue, and a race against death!  Whew! 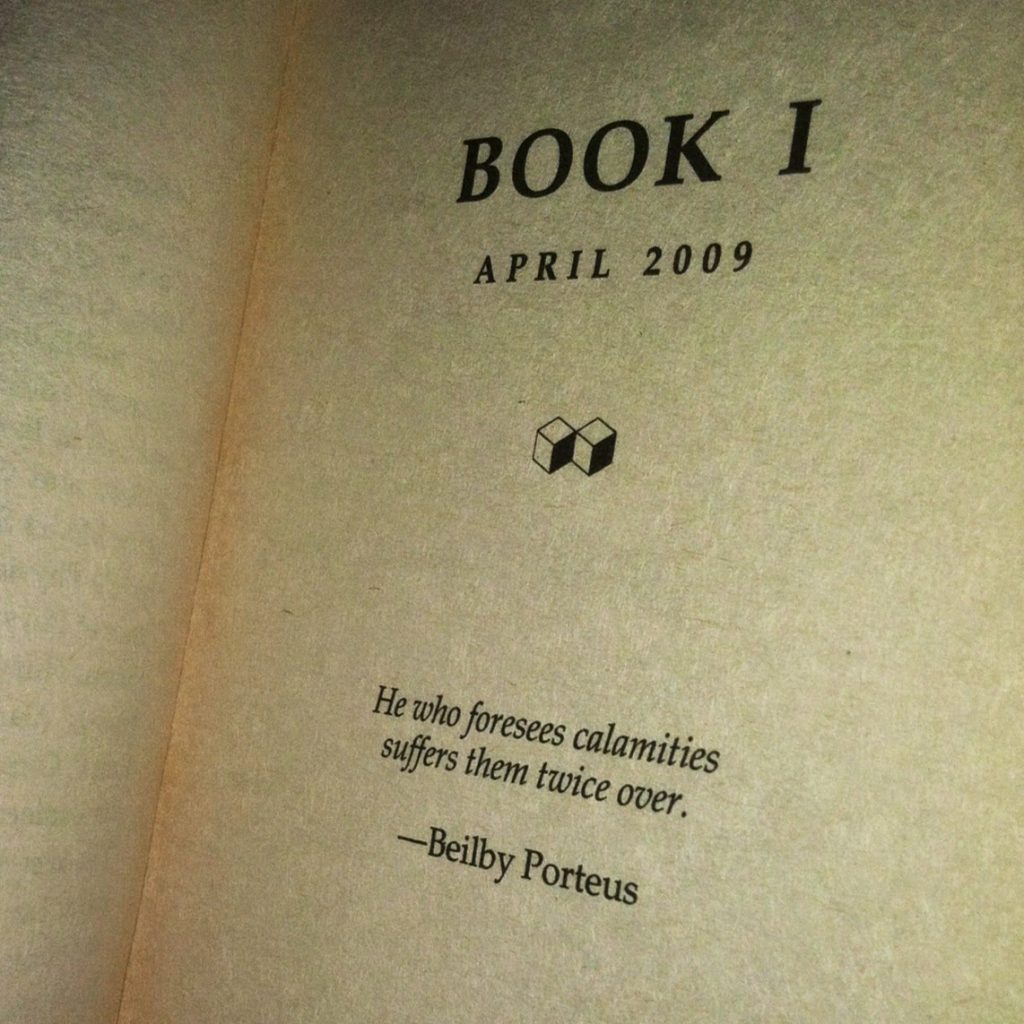 There’s still time in the summer to read a fantastic, glossy, sexy, action novel.  If you can get your hands on it, Flashforward will suck you in, whirl you around, and spit you out gasping for air.  This book is better – better than the TV show, better than Jurassic Park, better now than later!  Check it out today!