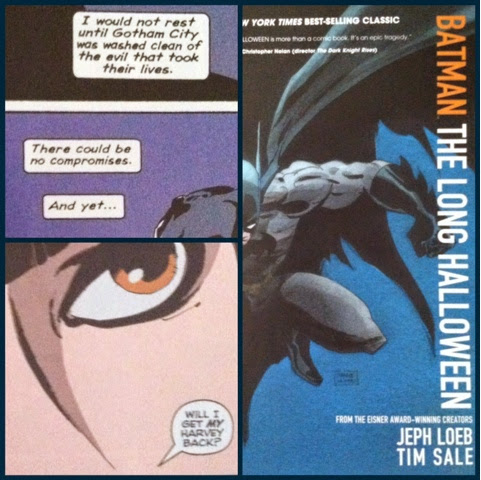 Sometimes when I’m reading a Batman book, a collection or graphic novel, it can feel like a Very Special Episode.  Where random villains show up for no apparent reason but to guest star for three or four pages and remind you that they do, in fact, exist.  “Why is the Mad Hatter here?  Oh, for a cheap joke.  That’s nice.  Go back to Arkham now.” 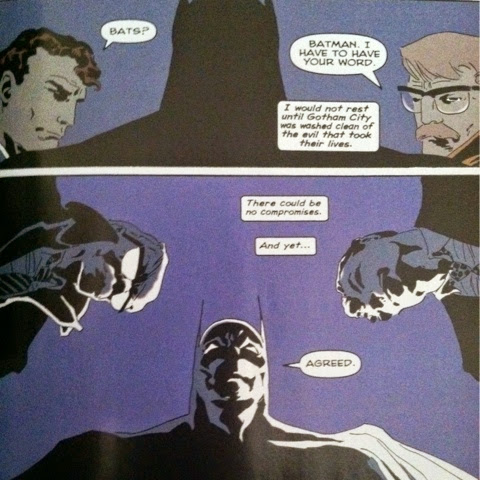 This is not the case in The Long Halloween.The story dances around the personal and professional lives of James Gordon, Harvey Dent, and Bruce Wayne – three men who have sworn to protect Gotham City as Police Commissioner, District Attorney, and Batman – but who feel the burn at home after they’ve hung up the cowl.  Er, badge.  Er, whatever.  Batman’s paramour Selina Kyle must always take a back seat to justice.  Gordon’s wife Barbara is raising son James Jr (!!!) all by herself, it seems.  And Harvey Dent’s pretty young wife Gilda, who would do anything for some quality time with her beloved husband! 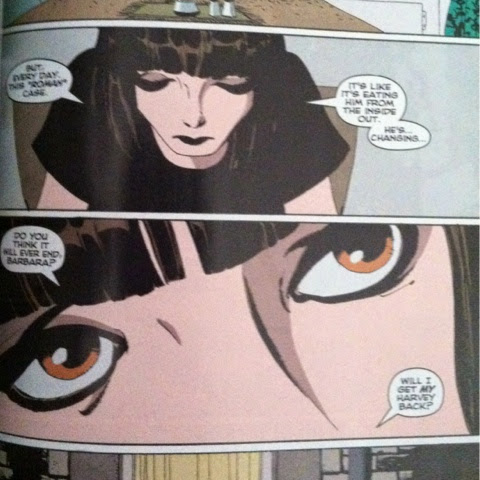 Throwing a wrench into these three men’s lives is the killer Holiday, who assassinates a mafia boss on every major holiday.  Betcha didn’t see that coming!  The story progresses with each holiday framing the tale – Valentine’s Day, Mother’s Day, Independence Day, etc.  New villains show up as you would imagine they fit the holiday – The Riddler on April Fool’s Day, Poison Ivy on St. Patrick’s Day – and in this way the “guest stars” don’t feel so awkwardly tossed in there.

The artwork is typical of what you would expect of Batman – dark hues and shadows.  Here’s the thing I didn’t like: while I appreciate the style, I had a hard time telling minor characters apart!  To be fair, this story introduces multiple mafia “families” and scores of crime bosses and after a while, they all just looked like goons in pinstriped suits.  Just fodder for Holiday to take out in each chapter.  I had a hard time following the story of intrigue because I couldn’t figure out who was being killed, and why, and why I cared. 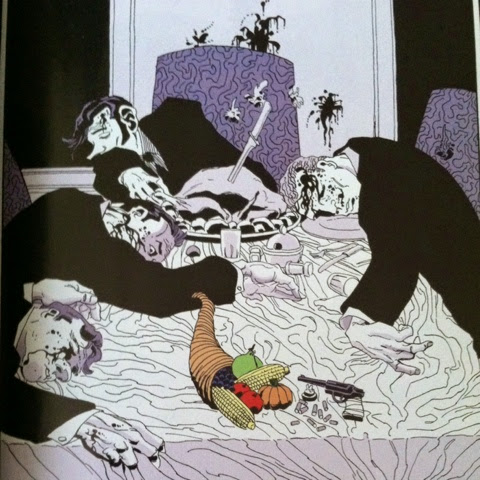 The beauty in the artwork is that it feels very old-fashioned, so the gangster storyline doesn’t feel as outdated and the fact that we go back so early in Batman’s history seems only natural.  Capisce?But it all goes back to the James, Harvey, and Bruce.  Whether they like it or not, their work follows them home.  And when your work is protecting the citizens of Gotham City, your work never takes…a holiday.