There used to be a saying.  It went a little something like this:  “If a tree falls in the woods and nobody is around to hear it, does it make a sound?”

Now, I think we should change the saying:  “If a blogger wears a cute outfit, and doesn’t do an outfit post about it, does it mean she didn’t wear anything at all?”

I’ll leave you to ponder that question while I show you the cute outfit I assembled the other day: 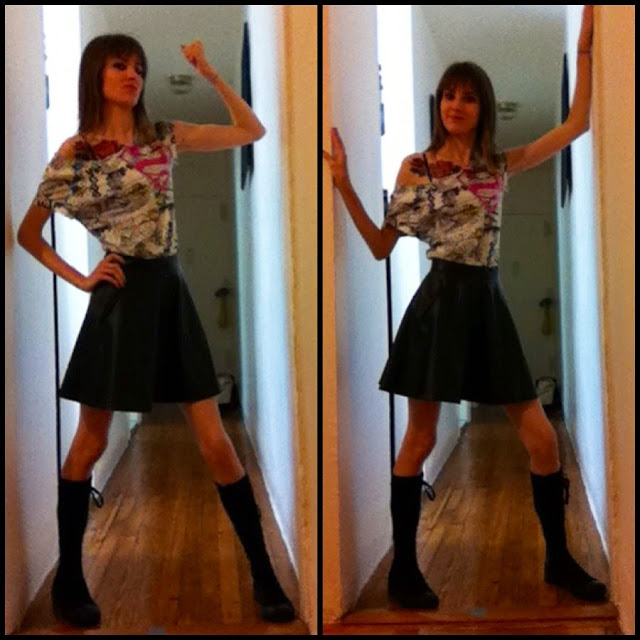 “Supergirl” shirt:  hand-me-down/Kohl’s
Leather skirt:  one clothing/Marshall’s
Shoes:  hand-me-down/Converse
I apologize for the blurry photos.  Let’s just say they’re “action shots”.  Also, it’s rather overcast today, so I’ll just fly around the world a few times to bust up some clouds!  Now, geek out with me guys, because this skirt is not only aerodynamic but it also has pockets.
So I have this fun little game I like to play.  I’d like to invite you all to play, too.  It’s another something to ponder:  it’s called “World’s Worst Superpower”.
Yeah, I know, they played something like this on Whose Line is it Anyway.  Basically, you think of all the superpowers that exist:  flying, invisibility, the ability to pass through walls.  You figure, there’s gotta be some heroes out there with just really shitty superpowers.  LIKE AQUAMAN.  I think the worst superpower is having the ability to pass through solid matter…but you can’t turn it on or off.  Like, you go to sit down in a chair and without warning, you just fall right through it.  Or you sneeze suddenly and fall through the floor into the basement!  Runner-ups include the ability to see milk pass through a person’s body and the ability to make your farts smell like whatever you want them to smell like by concentrating really hard on a specific smell.  Actually, that last one isn’t so bad. 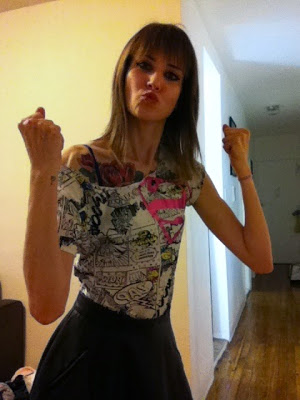