“What’s the deal with Tom’s Restaurant?” 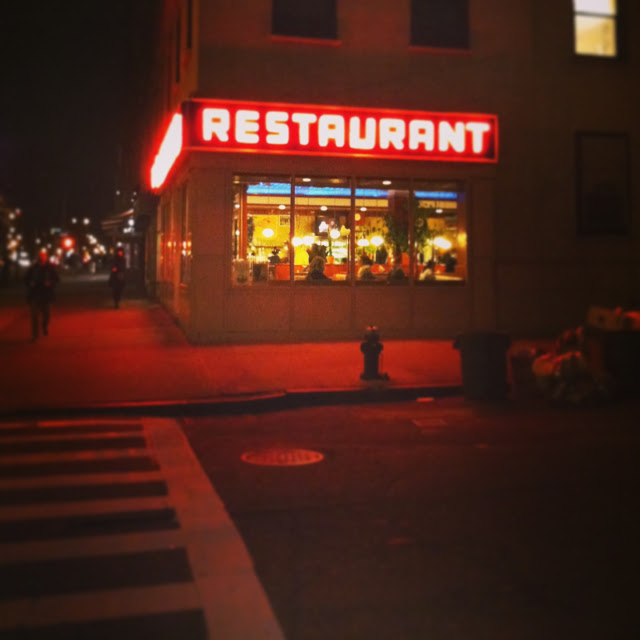 First of all, you may recognize the outside of Tom’s Restaurant as being the exterior shot used for the diner oft-visited by Jerry, Kramer, Elaine, and George in a little TV show they call Seinfeld.

Secondly, this little Morningside Heights gem was immortalized in song by Suzanne Vega in 1987, in a little ditty called “Tom’s Diner.”

And by the way, Mr. 44th President of the United States Barack Obama frequently visited Tom’s Restaurant in the 80’s while studying at nearby Columbia University.

And if those aren’t enough reasons to visit, there’s a sign outside advertizing giant (22oz) milkshakes.  GIANT MILKSHAKES!

Speaking of giant, the food is awesome and enormous.  My cohort and I both ordered burgers – mine veggie, his with fried egg and cheese – which came with a heaping side of shoestring fries and GIANT PICKLES.  Seriously, GIANT PICKLES.  My cohort deemed it too much food.  Yours truly devoured everything on her plate.

And to wash it down, what else does one order at a classic New York diner but another New York classic – a chocolate egg cream! 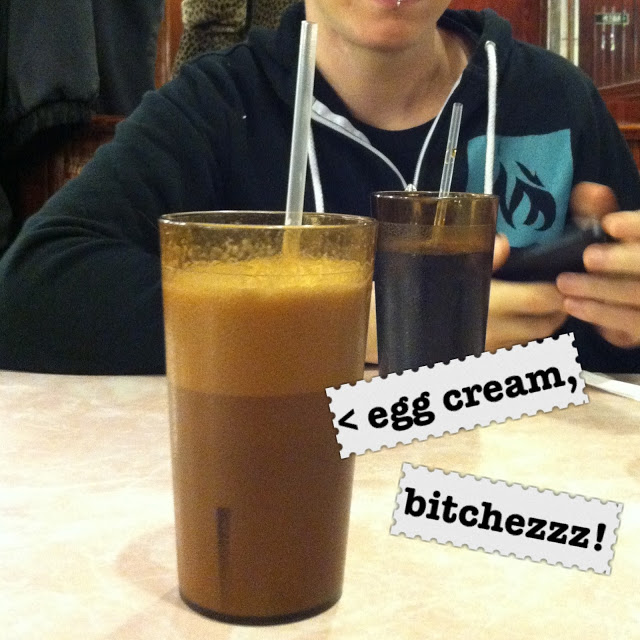 Yes, chocolate egg cream.  Not entirely sure what it is (haven’t I provided you with enough trivia for today?), except that it doesn’t actually have egg in it, and it’s delicious.  Classic.  And legendary.