Trying to buy a single roll of toilet paper (!) at Duane Reade, my card was declined.

And the guy looks at me like I’m insane, not having the 99 cents for toilet paper.

Then I try to pick Eli up after work.

I go to sign in to go into the building.

and when I tell her, she declares that I can’t go up, because they’re closed.

I tell her I’m fully aware, I’m there to pick up my boyfriend from work.

She suggests I call him instead.

So I run out near tears because she’s not letting me into the building and I have to pee.

So now Eli thinks I’m crazy because I can’t get at my money, I’ve lost all faith in humanity and I’m ranting in the street about the unfairness of it all.

So we’re picking up essentials at Jin’s, milk and Splenda, and Eli offers – as a joke – to buy me these seaweed snacks to cheer me up: 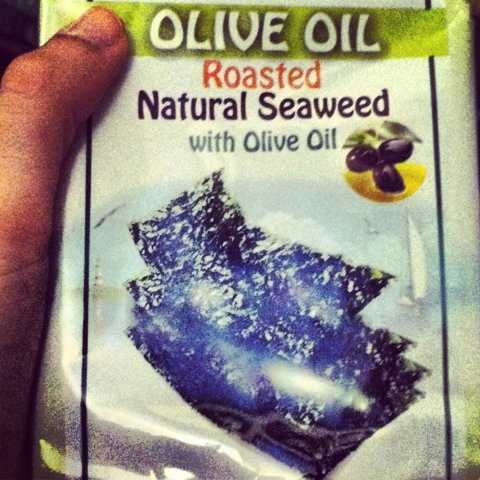 Joke’s on him – they’re delicious.  I ate the whole thing in one sitting.