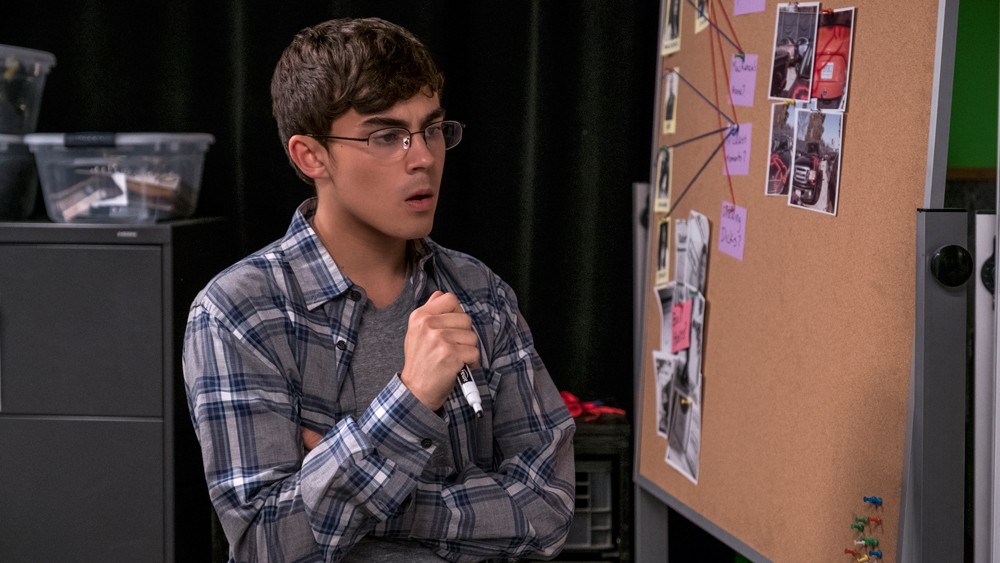 I don’t know who recommended this show to me (I think I saw glowing reviews on Twitter?) , but it is AWESOME. American Vandal is Serial (the podcast) meets 90210, Making a Murderer meets Christopher Guest movies.

The editing & score are a perfect parody of Making A Murderer. The narration’s tone and timbre perfectly mocks the “podcast voice” associated with true crime podcasts like Serial and Broken Harts. All these subtle, subconscious details to underscore the teenage drama and angst. They’re funny because they’re so clichéd when it comes to the true crime genre, but actually work to ramp up the excitement and anxieties while following the story.

The subject matter is absurd, but taken completely seriously. Without giving too much away, it’s a mockumentary into a matters vandalism at a high school. Dicks. Poop. Hand jobs. House parties. Social misfits. Every episode is full of as many twists and turns as Making A Murderer or The Keepers, and because it’s scripted, there are plot twists right up to the end. It’s outrageously banal and fantastically commonplace.

The writing is excellent, very much the way teenagers talk and the way teenagers act. Some scenes even feel improvised, as the dialogue flows so naturally. There isn’t a single character who pulls focus, chews the scenery, or gives up “the gag.” The teenagers are all so gifted in their tongue-in-cheek deliveries. The adults are so understated in their performances, you truly do believe they’re a group of pissed-off, no-nonsense high school teachers and principals.

Unfortunately, Netflix is not renewing the series for a third season. It’s really unfortunate that there won’t be more mysteries to solve, more secrets to unfold. I don’t understand Netflix’s reasoning, because this is some of the smartest, best-made narrative “original” content I’ve seen on the platform in a very long time. If you’re looking for a truly funny, “feel-good” watch between re-viewings of The Great British Bake-Off and Queer Eye for the Straight Guy, there are two 8-episode seasons of American Vandal — and it comes highly recommended by yours truly.