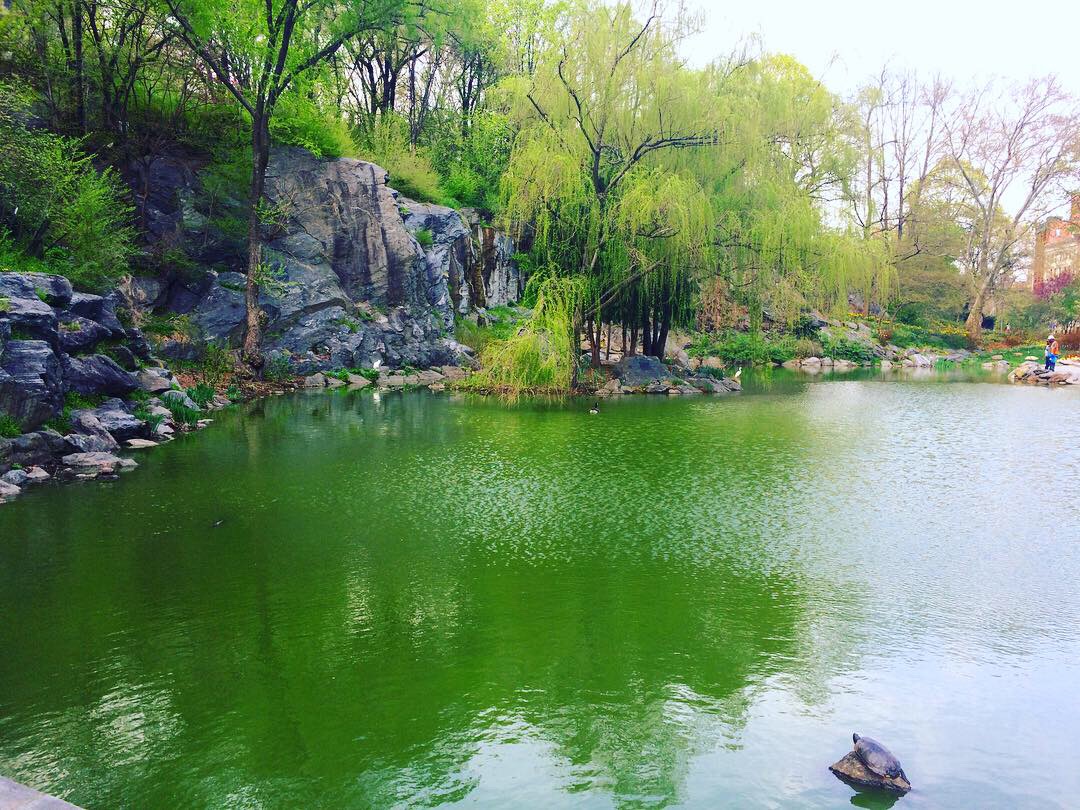 I’ve lived in NYC for over 10 years — almost half of those in Upper Manhattan — and I only just visited Morningside Park! And on my visit, I saw: two cats, countless turtles, a duck, a goose, and what I *think* is an egret? 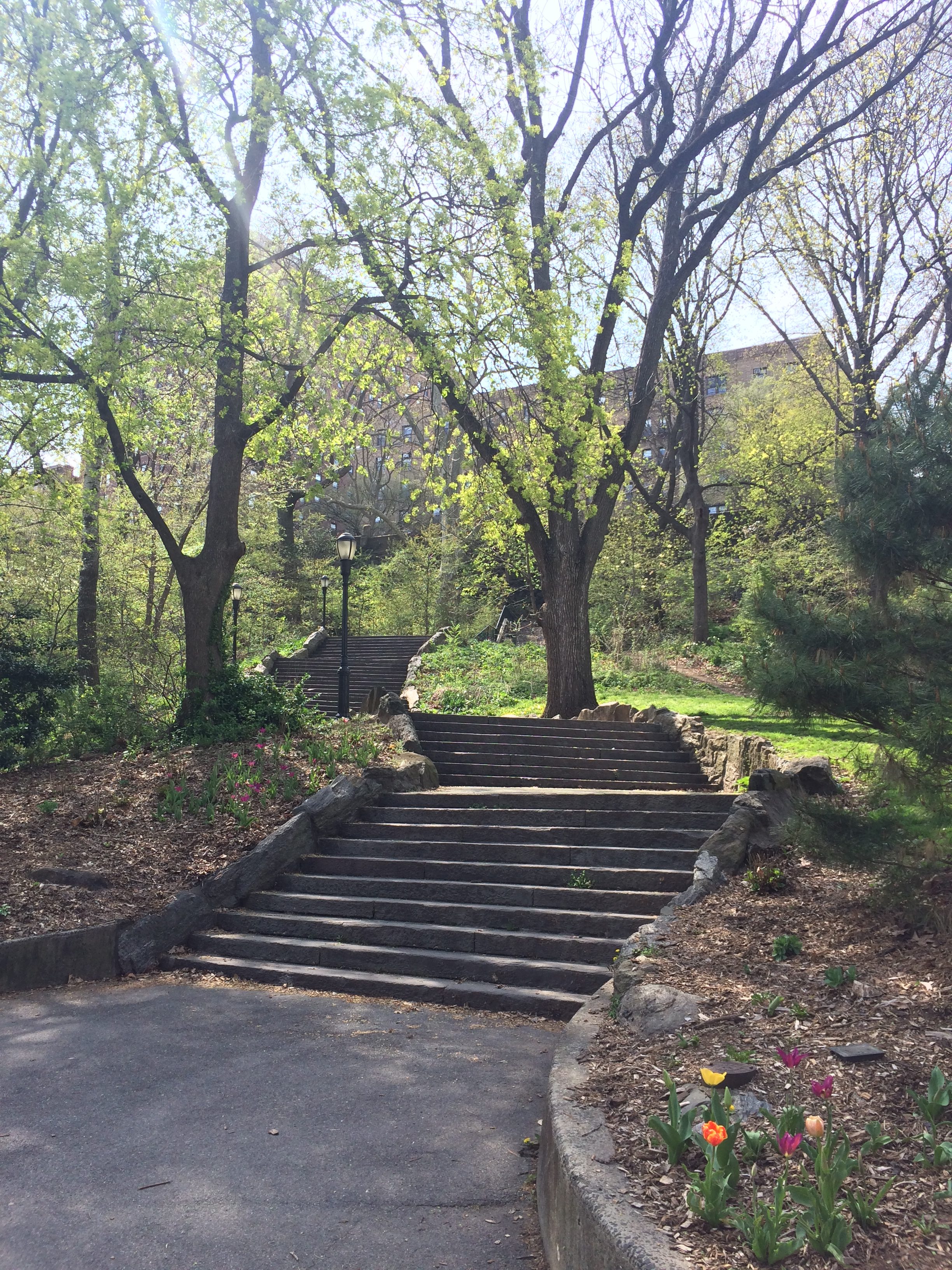 And stairs. LOTS of stairs. Morningside Park is low on one side, and extremely high on the other. Some of the stairs look as though they must be three stories high from the one side of the park to the next. It’s easy to feel like you’re completely separated from the rest of Harlem with the high “walls” of the park surrounding you, enveloping you in its beauty. 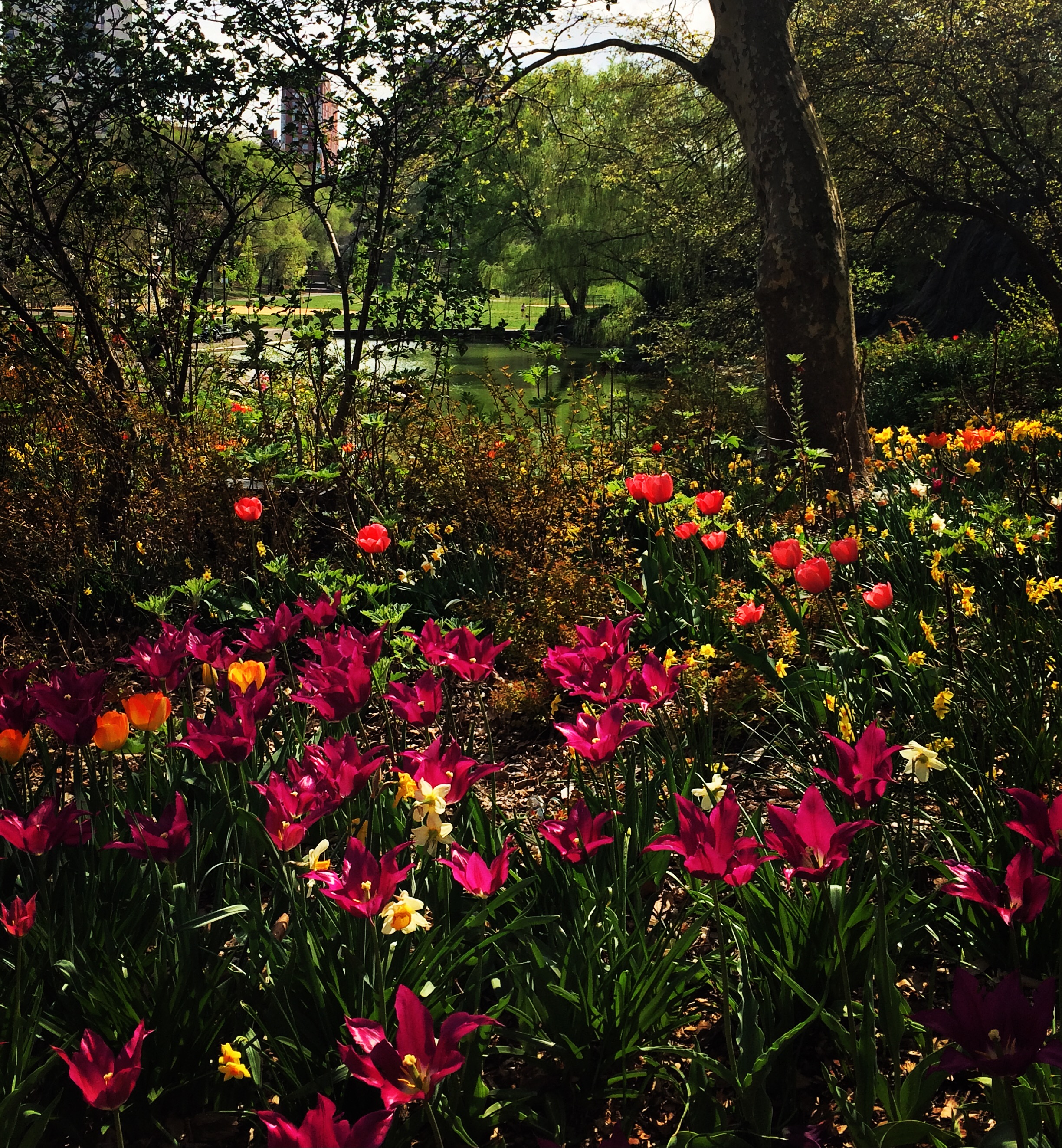 I really wish this photo was scratch-and-sniff, because these flowers smelled unlike anything I’ve ever smelled before. I happened to be in Morningside Park on an unusually warm day, that almost felt like it could have been summer (but the weeks of frigid rain after proved it wasn’t). 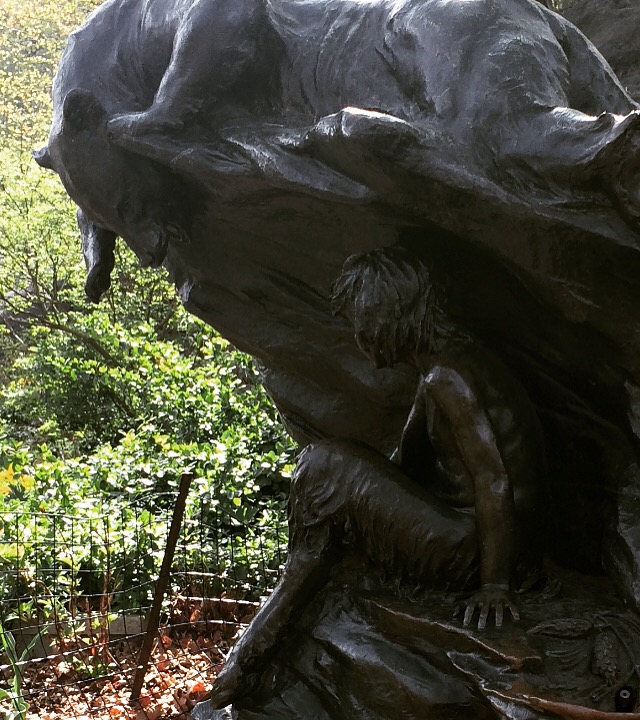 Morningside Park has a section near the middle that absolutely feels like a storybook. Starting with this ornate sculpture — excuse me — drinking fountain! The Alfred Lincoln Seligman Fountain, also known as “Bear and Faun,” offers refreshment for human and dogs alike, via a small dog bowl at the base. The mythical half-human, half-goat creature (and his bear companion) engage in playful hide-and-seek not far from the most outstanding feature of this park: 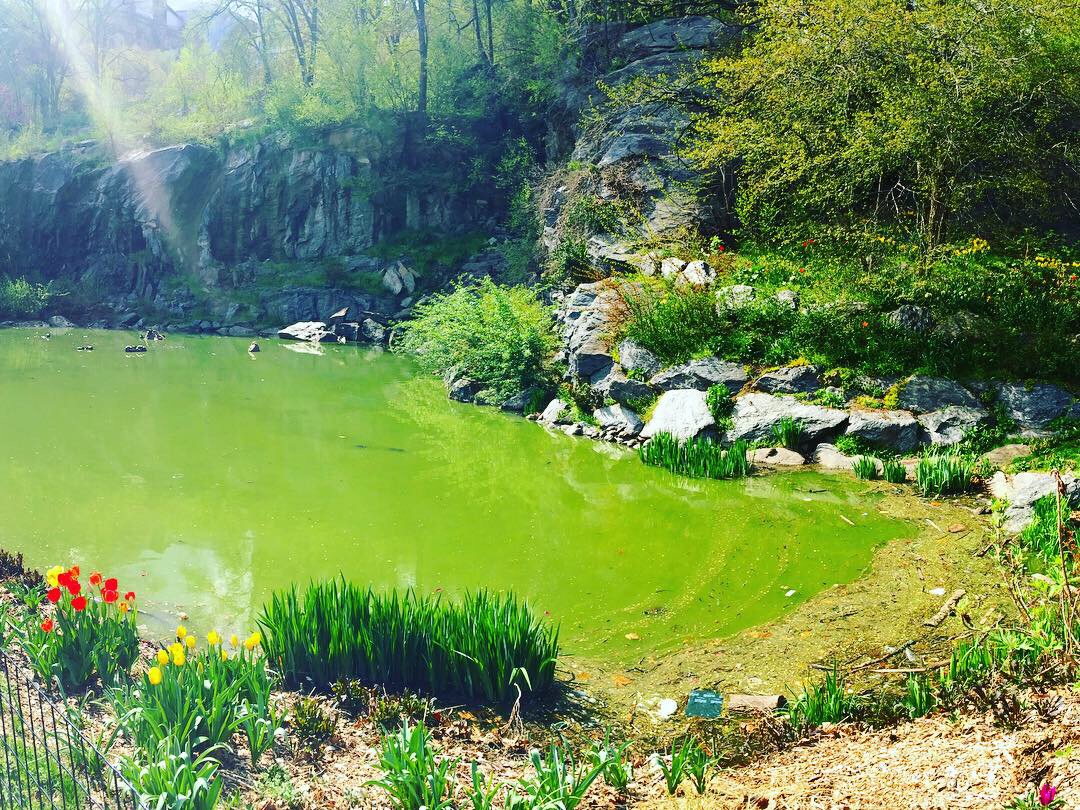 The. Most. Incredible. Pond. Pond? It’s too small to be a lake. On the west side of the park, just beyond the flowers and fauns, teeming with turtles, shaded by trees and backgrounded by those stairs. This beautifully-maintained water feature has convenient benches aimed right at it, in case you wanted to sit and spot the wildlife. The abundant wildlife. Ducks, geese, turtles. Two stray cats (perhaps bodega cats, enjoying the nearby park on their day off?) and what we thought was an egret. Ornithology is not my strong suit. Neither is dendrology, or I’d be able to tell you what ind of tree that is in the center. I appreciate beauty, and report on it. And that’s my report on Morningside Park. Not too far from Central Park, and much smaller, but with an underrated beauty all of its own. At the risk of ruining the very secrecy that keeps it private and exclusive, now you know about Morningside Park. Which might be worth a visit, if you’re in Harlem — or if you’re an expert on egrets. 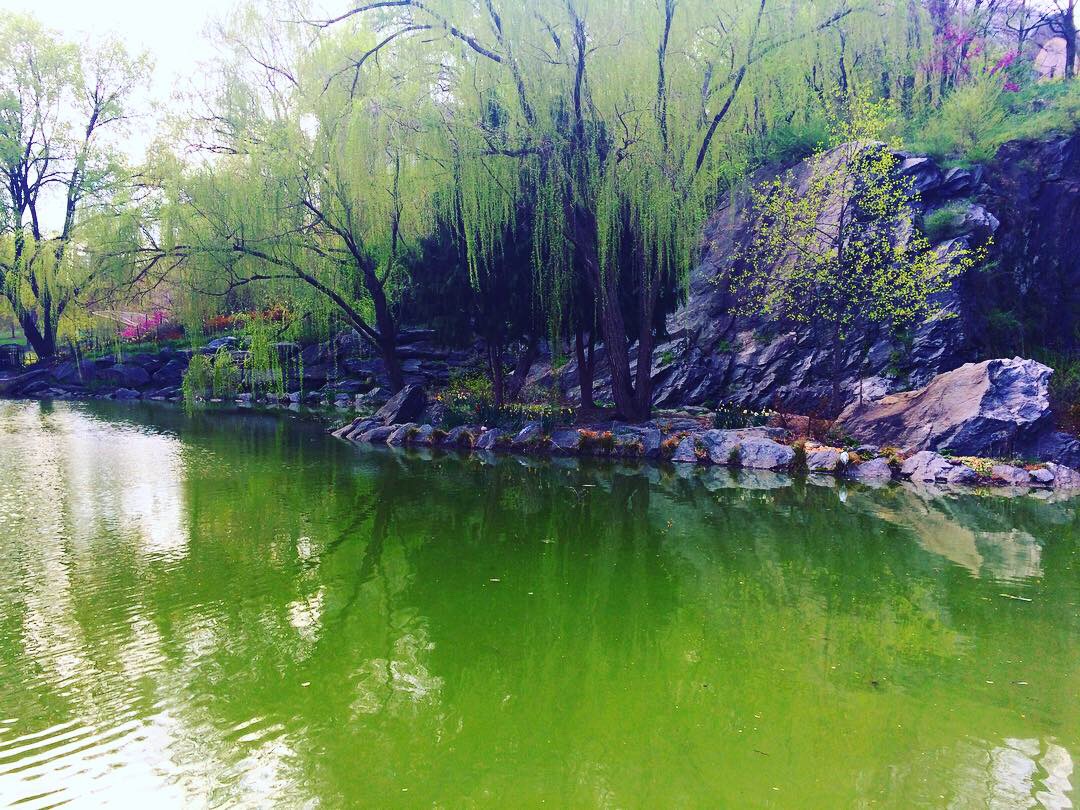