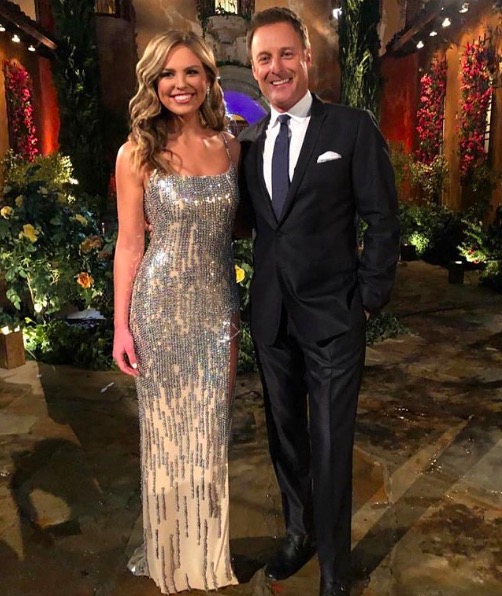 Ok, I have made it very clear that I have Strong Opinions™ about Hannah B. as the 15th Bachelorette. I’ll be perfectly honest: I haven’t liked Hannah (B) ever since she couldn’t come up with a toast. I thought maybe, maybe she was just flustered in the moment, but her After The Final Rose/Hannah’s First Rose Ceremony tongue-tied performance basically confirmed what I already feared: Hannah. Can’t. Talk.

I don’t think Hannah is very interesting, honestly. I was personally rooting for Demi, who at the very least could fire off a few witty quips off the cuff. I mean, Demi was no Corinne. But Hannah B. made Demi sound like Dorothy Parker. I’m actually mad that, at the end of this paragraph, I have to stop talking about Demi and Corinne because ABC, in their infinite wisdom and burning desire to choose the blandest person possible to be the leading protagonist of their long-running franchise, chose Hannah B.

Look. I don’t like Hannah B. I think you gathered that. HOWEVER — I really do love this promo. I love the song. I love the dress (catsuit/skirt?). I love the magical forest of rose petals. It’s honestly very great! And a very wise decision to not make the tagline of her season “Roll Tide,” which is the only phrase she can repeat when nudged to say something.

Honestly, this promo is pretty good! You may say, “Oh, it’s corny!” But you HAVE to admit, it’s a HUGE step up in production value and creativity from PAST commercials, which all seem to be shot in a soulless studio with the Bachelorette dancing awkwardly in a gown, and throwing rose petals in the air. Observe:

WOW! That was pathetic! But at the very least, Becca’s promo hinted at her character (in-so-far-as, her whole “deal” was that she got dumped by Arie, and aside from that, hmm, she seemed pretty nice). Before Becca, the standard trick was to shove The Bachelorette into a red dress and put her in front of a fan. Observe both Rachel (2017) and Jojo (2016):

God, honestly, I’m GLAD that ABC is not longer forcing The Bachelorettes to stand in front of a white wall in a gown and shimmy awkwardly to pop music. Just in time! Because I don’t think Hannah has the charisma to stand out in front of a blank wall. She’s barely more charismatic THAN a blank wall. Now, if they could somehow use magical realism and symbolism in place of Hannah talking for the whole season… maybe it’ll be watchable after all.