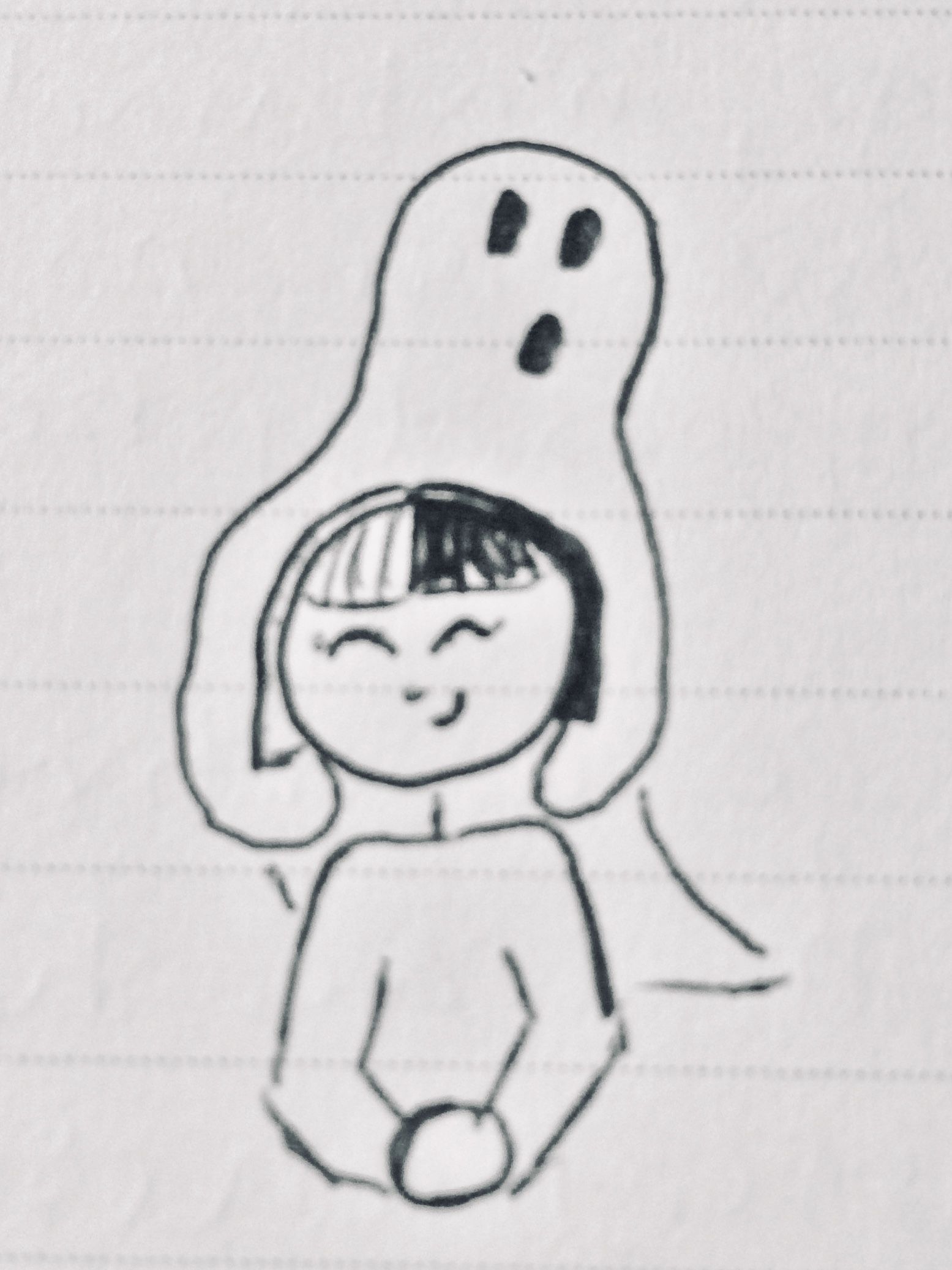 I’ve often confirmed on this blog that I believe in ghosts, but I don’t think I’ve ever told you why. It’s because I’ve been touched by a ghost. TWICE.

Let’s go back to 2003, 2004. The College Years! I was at Broome Community College working towards my Associate’s Degree in Theatre, so I basically lived at the school’s theatre/auditorium. That’s where my acting classes were, that’s where my rehearsals were, that’s where I performed in shows. If I had to pick a list of “Happy Places” in my life, this theatre would be way up on that list.

So what if there was a rumor that the theatre was haunted. It sounded like total bullshit to me. Think about it: the theatre was in the student center along with the cafeteria and the gym. When was that building built? Like, the eighties? The seventies, maybe? um, WhAT GHOST could possibly haunt that building?!? There was some feeble story about someone falling from the catwalk when hanging the lights (uhhh huuhhhh riiiiiiight) and granted, there was a lot of creepy dust backstage but honestly, no. I don’t think so.

Which is why I had no problem being there. In fact, I loved it there. It was the most relaxing place on campus, for me. And so one day, after meeting with the head of the theatre department (who was also my advisor), I asked if I could use the rehearsal space between classes. Honestly? I needed a quick nap, and there was a huge red velvet couch in the current show that looked juuuuuust perfect for a quick snooze. And she was cool with it! But for my safety (and the safety of all the props backstage), she locked the door from the outside so that nobody could disturb me, and warned me that if I opened the door and it shut behind me, I would be locked out. Ok, that’s fair. The next class in the space was at 3. I had another class at 1. I set an alarm so I wouldn’t miss my class, curled up on my side on the couch, and fell quickly asleep.

I woke up to a hand brushing the hair off my face. Shit! What time was it? 3:00 already? I missed my class! My mind raced as I blinked myself awake to check my watch. Ten minutes had passed, and I was completely alone. I checked backstage. I peered out into the seats. The door was still locked. NOBODY was there. And yet, I felt it. I felt a hand in my hair. Ok, now this was too creepy. I grabbed my bag and left to go do work somewhere else.

But amazingly, I didn’t really think about this all too much. Maybe I told one or two people about it, but it didn’t affect my feelings towards the theatre. I kept loving my classes there and the shows, and it was actually during one of those shows that I was TOUCHED BY A GHOST FOR THE SECOND TIME!!!

To go into a little more detail, the dressing room had an entrance to the stage off stage R. To get to stage L, you had to walk BEHIND the scrim VERY QUIETLY. You guys, when I came to my first acting class, I was pretty new. I had to learn so much about projecting, and cheating out, but the one lesson that I use MOST OFTEN from those days is HOW TO WALK WITHOUT MAKING A SOUND. This is important to the story, so PAY ATTENTION! Now, you’d think that a tiptoe is the quietest, but you’re WRONG. This theatre’s acoustics were so sensitive that ANY sound of footfall backstage echoed LOUDLY into the audience. The way to do it BEST is to sloooooowly roll your feet low to the ground. It looks ridiculous, to be honest. And it takes forever to get anywhere walking like this. BUT, it’s really useful if you’re going to sneak up on somebody. AAAAAAND, scene.

We’re in the middle of a show (The Pink Panther Strikes Again!, if you must know). Now during the show, there’s always lots of messing around in the dressing room, but we keep it PROFESSIONAL. We never miss our cues, and when it’s time, it’s a good idea to wait by your entrance to get into character and listen to the action onstage in case you need to swoop in and save someone who’s struggling to remember your cue. And my entrance is off Stage L. So I cut out of the dressing room shenanigans early to allow pleeeeenty of time to creep behind the scrim to a chair just off in the wings at stage L to listen for my cue.

I’m focusing on preparing for the stage, kinda half-listening to the action, half-going into my own head to prepare as an àčtōr, when I feel a pair of hands come to rest gently on my shoulders.

Now, actors are all about those #MassageTrains, so this isn’t a bad touch. I am actually involved in a pathetic flirtation with one of the members of the cast — virginal teenage antics — pranks and innuendo, so when I feel those hands on my shoulders, I assume without turning around that it’s him. My show-mance partner. And because I’m terrible at flirting (I KNOW! Imagine me, terrible at flirting?! Don’t worry, I grow out of it in a year), I decide that I’m gonna respond to this advance by… pranking him back!

I sit very still, pretending not to notice the obvious weight of his hands on my shoulders, very quietly, then, to SCARE him, I  *WHIP AROUND VERY FAST!!!*

No one was EVER there. It would be impossible to have felt hands on my shoulders one instant, and then for someone to SILENTLY dash away in the time it took me to whip my head around to confront the hands-haver. There was only one possible explanation.

IT WAS THE GHOST.

To recap, this ghost has brushed my hair off my sleeping face AND put their hands on my shoulders. When I was a kid and afraid of ghosts, this wasn’t exactly the kind of haunting behavior I had feared. And despite the fact that I would be HORRIFIED if a stranger did either of these things to me — like if another person tried to touch my hair or my face, I would SCRËAM at them! — when the ghost did it, I didn’t really mind. Besides the initial surprise of discovering that I had been touched by NoBoDY, honestly, the gestures themselves didn’t unnerve me. It felt kind of… Nice. I distinctly recall, thinking back to the second incident, a strange sense of warmth and support radiating from those hands into my shoulders. I had felt and known in those moments that the “hands” touching me cared about me.

Maybe this is why I love ghost stories so much. I’m not afraid to walk through “haunted spaces,” and I can tell the stories with affection and warmth. Because my encounter with ghosts — sorry, encounterS — have been gentle and sweet. I say it all the time, but if you think about it, being a ghost is kind of the best afterlife you can get! You continue to hover around the places and people you loved in your lifetime, living rent-free (!!!) wherever you want, and reach through the veil to touch the lives of the living. Sure, you could throw a coffee cup to scare your enemies… but you could also give a shoulder-touch pep talk to an actor who’s about to go on stage.