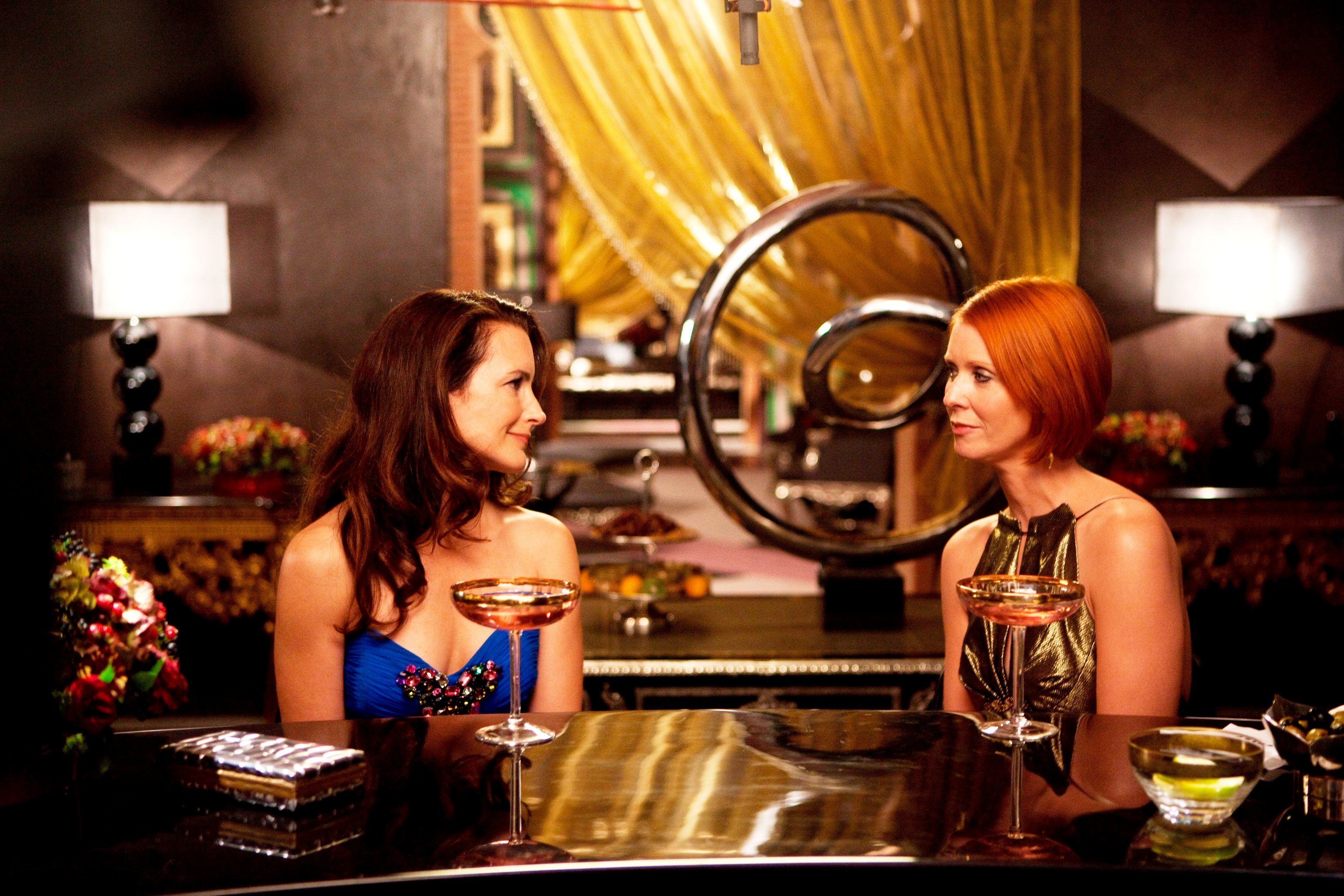 I’ve recently been re-re-re-rewatching Sex and the City with my reluctant but resigned boyfriend. Yeah, we’ve been using his HBO GO subscription to switch between that, and Entourage. Early-00’s nostalgia is at its absolute PEAK around here, as is our NY-vs-LA struggle for supremacy. And maybe it’s the wisdom of my thirties, actually being closer to the age of the women this time I’m re-watching (as opposed to the teenager I was when the show first aired). Or maybe it’s watching the four female characters that have been so often dissected, pondered over, and analyzed, in contrast to four male characters with seemingly no motivations or redeeming qualities… but I’m struck most, THIS VIEWING, by the strength of the women.

NOT CARRIE. Carrie is the worst. Carrie is the anti-hero, the worst friend, the meanest, the most thoughtless, and the most blatantly rude of all of the characters, and having to white-knuckle through Season 3 watching her scheme to get Aidan back only to dump him all over again is paaaaaaainful and oh hey bro, SORRY FOR THE SPOILERS, but this season aired in 2000,and if you were expecting us to keep it a secret 19 years into the #FutureDystopia, then here’s your Post-It: “I’M SORRY”

Of course, the other three main characters of the show — Samantha, Miranda, and Charlotte — often take a back seat to Carrie’s six-season-long on-again-off-again will-they-or-won’t-they with Mr. Big because-that’s-literally-all-Carrie-fucking-does-for-most-of-the-show. They’re in the back seat, even though they’re having objectively more interesting lives. Samantha beats cancer. Miranda finds herself raising an unplanned child. And then there’s Charlotte.

Let’s talk about that last point for a minute: Miranda’s story arc is pretty sad and static aside from Brady. She starts off the series as a lawyer who’s more or less banging Steve. She ends the franchise as a lawyer who’s more or less banging Steve, BUT WITH A BABY. And why? Because Miranda’s life only changes when she’s FORCED to change: her mother dies, she deals with it. There’s a rumor at work that she’s a lesbian, and she just lets everyone think she’s gay. She and Steve pick a wedding venue by just casually walking past a fucking park!!! Miranda is the patron saint of Working Hard & Playing Soft: until Brady comes along, we see Miranda either as a High-Power Boss Lady, or, at home in ugly sweats eating cake out of the garbage and ordering Chinese food in front of Infomercials. And what, you may ask, is wrong with that? ABSOLUTELY NOTHING. Miranda is a tough lady who adapts to motherhood when it’s thrust upon her, and always comes through for her friends. She should run for office.

Now let’s talk about Charlotte. In contrast to Miranda, Charlotte has the most dynamic story arc. Maybe of ALL the characters! But definitely in contrast to Miranda. She starts off the series single and desperate to be married with kids, right? Over the arc of the franchise, she ends up achieving BOTH of these goals, by way of — get ready, we’re about to ride the Charlocoaster:

But unlike Miranda, who becomes a mother because Oops, and now she’s kind of forced to re-arrange her plans, Charlotte is driving the roller coaster every step of the way. Yes, some of these plot points are kind of out of her control, but she aikido-es the energy into her own benefit FOR EXAMPLE: When Charlotte learns she has very slim chance of having a baby of her own, she immediately begins fertility treatments, gets on a waiting list to adopt a baby from China, and starts teaching herself Mandarin ALL WHILE lookin’ like a tartan SNACK at the Highland Fling!

My theory is that the rampant anti-Charlotte-ism is — TA DA! — our old friend (internalized) misogyny! Charlotte’s femininity is always interpreted as weakness, because of course it is. Through the misogyny-tinted glasses, Charlotte’s “emotional maturity” becomes “neediness.” The fact that she knows what she wants and goes after it, becomes desperation. A shallow observer of the show would say that Charlotte is anti-feminist because she chases after marriage and baby, but isn’t that in itself sexist? After all, that’s the narrative arc of Ted Mosby, the main character from the hit CBS show How I Met Your Mother. Ted Mosby owes EVERYTHING to Charlotte York. THINK ABOUT IT.

But when we think about the archetypes of the three women, we are quick to say that Carrie is the Everywoman, Samantha is the Slut, Charlotte is The Girly One and MIRANDA is the Feminist Shero! But say WHAT?!? Because she’s The Workaholic?!? How does THAT make sense?! Not to malign Miranda (lol Maligning Miranda), but she’s also incredibly fearful of change, has an addictive personality, struggles to open up in relationships, and has a bit of a chip on her shoulder about her own womanhood. Miranda, sorry Miranda, has to do A LOT of growing up during the course of the series. Charlotte, however, shows up knowing what she wants, and over the ride of the Charlocoaster (let’s get in line and ride again!), she GETS all those things, because she fucking WORKS HARD AT ACHIEVING HER GOALS #FEMINIST SHERO

I believe it takes a strong woman to be “a Charlotte,” and it’s only taken fucking 20 years for us to realize that she’s honestly the best. Princess Weekes over at The Mary Sue agrees with me! It’s taken long enough, but look around and you’ll see Millennials slowly realizing that Charlotte, the character who we all LOATHED our friends to compare us to, is actually KILLING THE GAME, with absolutely no shame. Charlotte sticks up for what she believes in, holds fast to her boundaries, embraces change in her life and always looks FTD Fresh To Death while doing it. Charlotte makes her dreams come true, all while fearlessly wearing pastels. Charlotte is a BAMF, and I would be HONORED to be called a Charlotte.