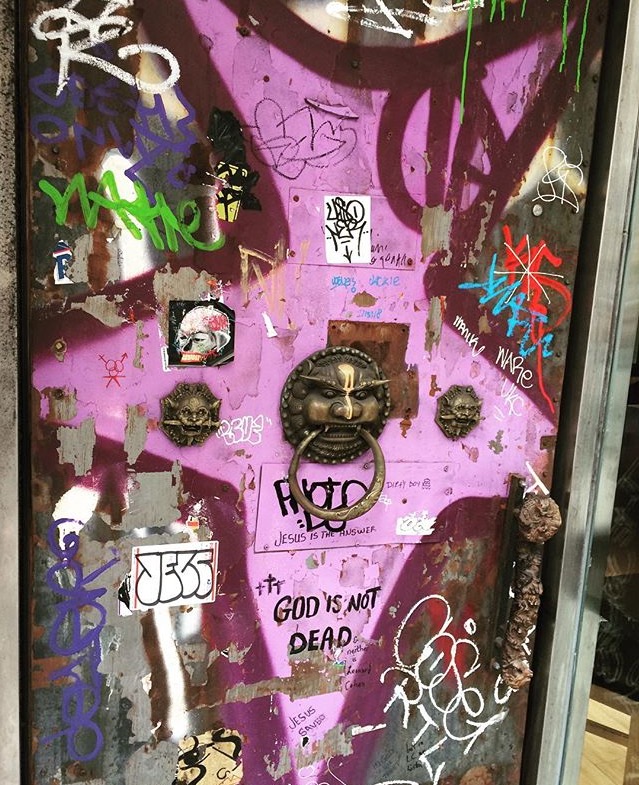 I had the Perfect Day™ the other day. Not in that it was particularly good, more in the way that I felt EXTREMELY GOOD ABOUT IT. It was one of those days when I was SO on top of things — now, I’m not scatter-brained by any means, but on this day, there were a lot of errands and “moving pieces” as they say, and I planned for and executed every single one of them FLAWLESSLY. As a kid who grew up with ADHD (that’s what they called it in second grade, 1992!), to have a day like THIS DAY is essentially, to have a Perfect Day™. I mean, I’ve always thought about doing a “day in the life” post, and if you’re gonna do one of those, might as well make it a “Perfect Day,” right, Lou Reed? Yeeeeeah, let’s get into it:

I woke up at 6:30am, sprang out of bed, made a pot of coffee, and jumped in the shower right away. I didn’t lie in bed, trying to put together an outfit in my head, either: I just picked a t-shirt at random and built an entire Halloween-inspired ensemble together around it, consisting of an orange neckerchief, my skeleton earrings, and orange and white flowers in my hair, which I twisted, still wet, into my new favorite hairstyle which I call the “workshop topknot,” doesn’t pull on my roots like a ponytail does, and keeps my long lovely locks safely out of the path of the rotary cutter, who has been my best friend lately. Phew! Run-on sentence alert! I also made my eyelids into candy corns through the magic of eyeshadow, and wore my favorite “power pink” lipstick, Kat von D “Miss Argentina.” This is called “Setting Yourself Up For Success!” 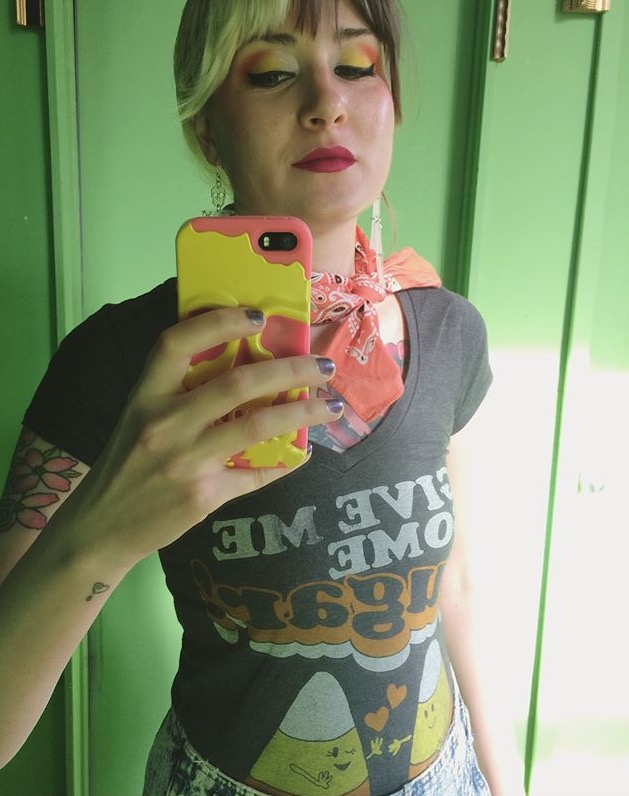 I remembered to charge my phone overnight AND my extra battery, and I remembered to put them both in my purse! I made extensive to-do lists and shopping lists for the day on my phone before leaving the house to make sure I’d stay on track! I did my morning Tarot ritual and everything! Not a single minute of this morning was wasted, and I headed directly into Midtown to go fabric shopping for work.

I didn’t have any panic attacks on the train into midtown, which is SHOCKING, considering how hot and crowded it was, but not ONCE did I start to hyperventilate. HIGH FIVE!

On my way into errands, I swung through Penn Station to pee and their newly renovated bathrooms are SO space-age and fun! I swung past Penn Sushi just in time to see a CASE FULL of onigiri, and I bought THREE spicy tuna ones. THREE! 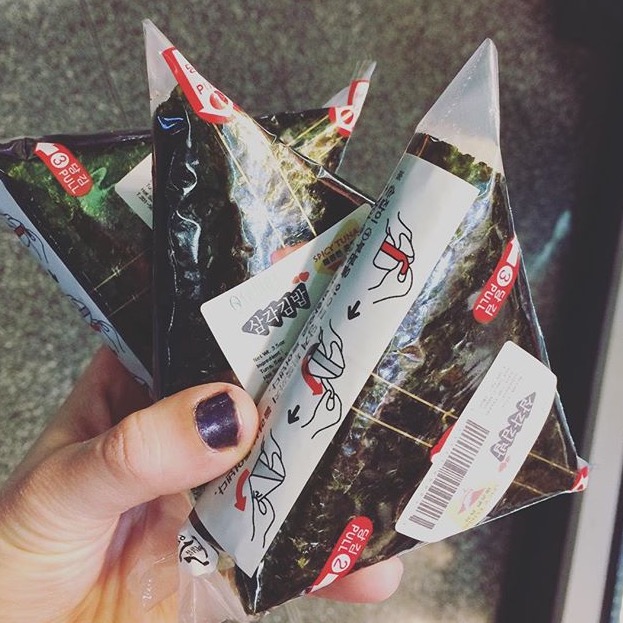 FIrst order of the day was fabric shopping for work, and it was sunny and bright and warm in the garment district. I found what I needed and everyone was helpful and patient with me in the shops. Oh, and I got a lot of compliments on my outfit. Uh-DUH. I spotted the cool purple door in midtown while bouncing from one fabric store to the next in search of interfacing and black fabric. The sun was shining! It was warm! I found everything I needed relatively easily and in less than an hour! I caught the train back to Brooklyn to the studio to keep on at work.

I had a short day at work and then therapy, which was AWESOME. Any therapy that moves you to spontaneous tears of happiness is pretty fuckin’ dope.

After therapy, I had a list of errands which included making a return for work at a nearby store, and buying more face cleanser at LUSH. I smelled conditioners and bought a really nice one in Harmon Face Values (it’s Garnier and smells like apples). And I bought food at Trader Joe’s, because “while in Chelsea…” and the line was surprisingly short!

I was right on time to go to downtown to meet up with my boss for the ghost tours to get more supplies from her (candles and buttons and handouts oh my!). She had great news to share with me, and we dished about murders and killers for a good little while (as you do) and she loaned me a book to read about a serial killer, which I’m looking forward to digging into!

I came home and washed my laundry, even though it was sooo late at night by this point that I actually napped for 15 minutes and set an alarm to get my stuff out of the dryer. I also kept it all in the laundry bag overnight, and fell right into bed at 11:00, sleeping soundly after all the running around during the day and it just might have been……. a Perfect One.