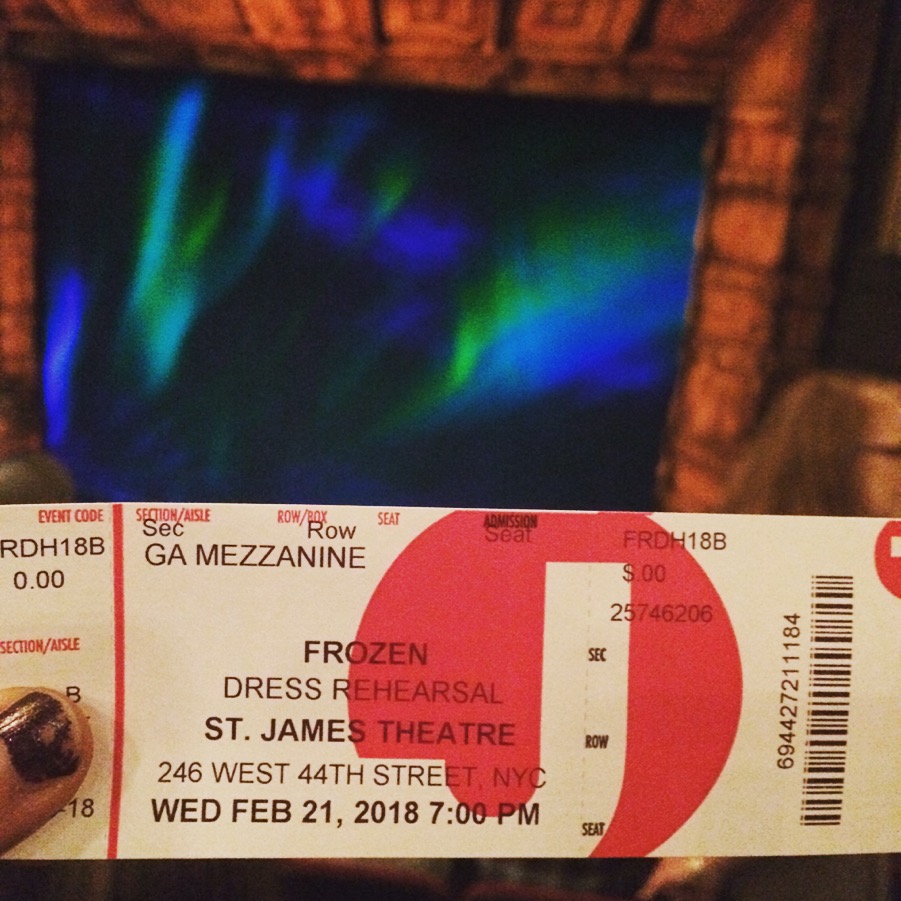 This week was MADNESS for me over here! I worked a full day Saturday at the studio, then had rehearsal all day Sunday. Monday was a big day for running errands, then a late rehearsal. I “performed” my part of the show for the rest of the cast on Tuesday, and on Wednesday, I GOT TO SEE FROZEN!!!!

The studio I work for has been working on this project for like, almost A YEAR??? And though it’s not the first time I got to see something I actually helped make on Broadway, and it’s not the first time that I saw a project I felt intimately connected to on the Stage, I was thunderstruck by how emotional I got. I thought to myself, “I can’t believe I touched something that didn’t turn to crap!” I never could have dreamed a life for myself where I would be sitting in the audience of a Broadway show, looking down on something that I know I worked so hard on… anyway… and then I’ve been working and rehearsing nonstop ever since!

But here are some hilarious items from ’round the net to share around this Friday. Have a great weekend! I’m hoping to dye my roots on Saturday. My roots are BAD! Between being so busy, and getting so sick, I have been neglecting their upkeep!