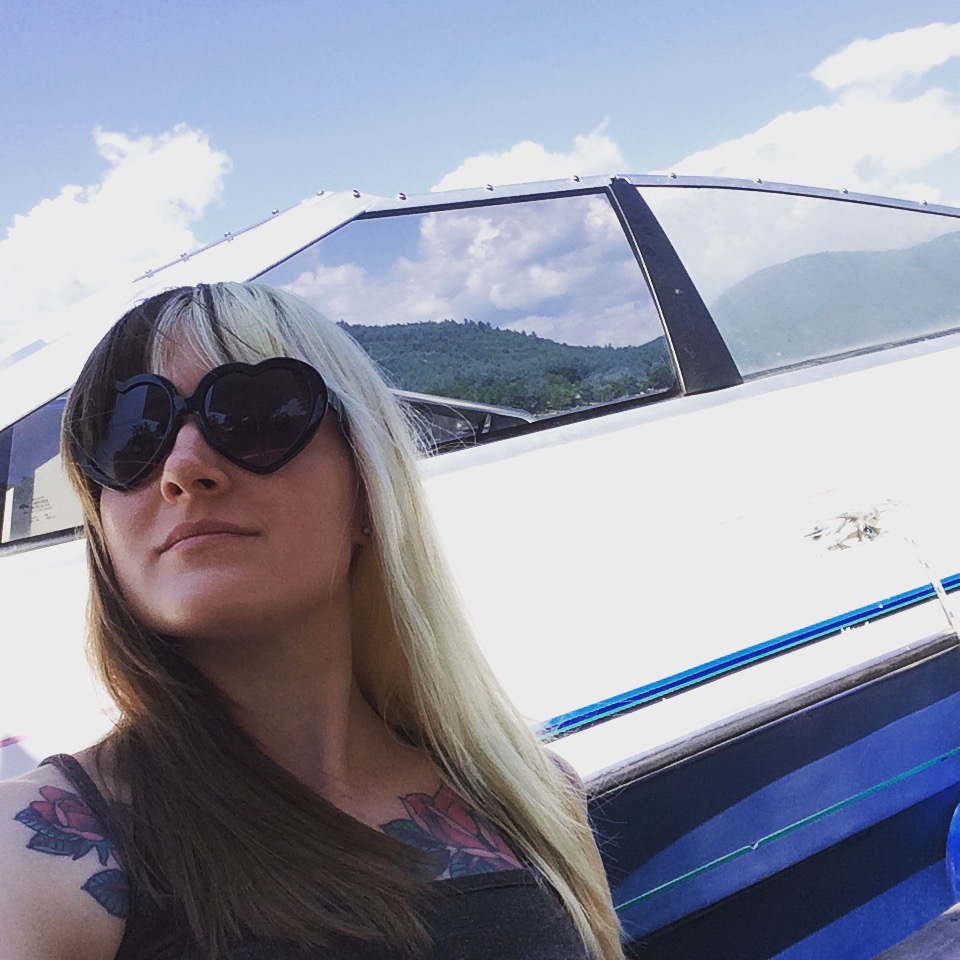 FEELING:  Well, considering the fact that I’ve just returned from an epic (I think?) weekend of drinking too much and sleeping late, I honestly feel a little bit dazed! It’s the day after my birthday, so I’ve got a bit of post-birthday blues, but I can’t wait for Burning Man to hurry up and get here already!

WATCHING: I’m still deeply enamored with YouTube, I’m half convinced I want to start vlogging, myself! The Bachelorette has started to get really boring, as well.

LISTENING TO:  While working at the studio, Risk! has become my podcast of choice! Occasionally very cringey and self-masturbatory (like, literally sometimes), I find it to be more “honest” than This American Life, which totally lost me after that elitist Camp episode.

READING:  Guess what? Still haven’t read anything this month. In my defense, I’ve mostly been in the studio, and I’ve been listening to various things, but reading? No. I borrowed 1984 from camp over my birthday (which…I was born in 1984 so…appropriate?) and fully intend to read it because I feel like it’s important, you know?

WORKING ON:  Last month, I was in the studio off and on a lot. Dunno how this month is gonna shape up, but there’s a lot of Burning Man prep going on, so I’m hoping to do some craft projects as well!

THINKING ABOUT:  Seriously thinking about that new tattoo, which will probably have to happen in the autumn (not a bad time for tattooing, so I hear). Therapy’s been getting really intense, because we’ve rounded a corner into a really surprising and frightening place, which is sort of like when the pool you’re just goofing off in suddenly  has a deep end but there isn’t a soft gradient, it just drops off below you and your hair gets wet and you get chlorine in your eyes and you’re miserable because ugh, this is my life now? I’m annoyed because I’m the kind of person who doesn’t want to be aware of a problem unless I can fix it immediately, and guess what, this is not one of those quick-fix problems. Damn, right?

EATING:  Well I’m happy to report that I’ve gotten last month’s Kewpie obsession reigned in, and am no longer basically eating it by the spoonfuls. Progress? Sure. I’m working on a post about what I actually eat. I think it’s amusing because it’s one of the topics that comes up most often for me In real Life, but it is not something I’ve ever really discussed in depth on this blog! As far as monthly food habits go, this week I’ve been working pretty intensely so dinners have mostly consisted of fish + vegetable. It sounds healthy, but bear in mind, I do love roasting with olive oil and salt, so it’s only healthy in name only. One thing I’ve definitely been ingesting a lot of today is my hangover/dehydration cure, partially robbed from my boss who told me her morning sickness mocktail. So, when I’m feeling “dried out” or woozy, I’ll take a couple splashes of bitters, a squeeze of key lime concentrate, and pour a full glass of seltzer on top of it and drink that down. Something about the tangy bitterness of it makes it feel like homemade “Vitamin Water” (even though it’s just vaguely flavored) and helps me Drink More Water, which is something that I struggle with.

MAKING ME HAPPY:  I’m just thinkin’ bout Burning Man. Like that cute music video about thinking about “boys”? That’s me, like, whenever the weather is dry, or I smell a wood fire, or something. It’s so close and so exciting!