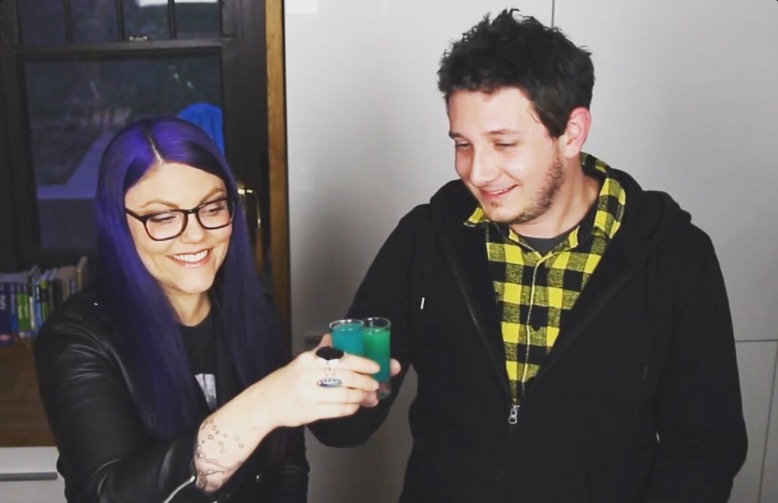 I’d just moved to New York City, but I lived wayyy out in Forest Hills, Queens. Four days out of the week, I worked a really demanding, soul-killing job. When I came home, I was pretty isolated and depressed and had little to distract me aside from an Internet connection and NYC public access television. Unsurprisingly, I was starved for human connection. This was when I discovered blogs — and vlogs!

One of the only YouTube channels I remember from this era was Threadbanger. At the time, they were three DIY experts who made twee crafts and posted sweet little videos about them. Then, they stopped making videos and I was heartbroken but I got over it and moved on.

Imagine my surprise when I learned, just a few weeks back, that not only are Threadbanger back making videos, THEY’RE BETTER THAN EVER! Gone are the days of the awkward voiceovers and iffy camera work, now the booze-infused videos are high energy and entertaining! Even if the DIYs don’t…always…turn…out…how you’d expect.

I suppose it’s interesting to note that, out of curiosity, I went back and watched some of their first few videos just to remind myself what those were like, and WOW. There’s a massive difference in energy level. I think Threadbanger does a spectacular job at being Entertainers, which is really hard to come by on YouTube (I’m endlessly frustrated trying to find interesting stuff to watch over there where the medium seems to be long, rambling, mumbled and negative). These videos are exciting, inspirational, and informative!

Now enough of me yapping, here are my favorite videos!