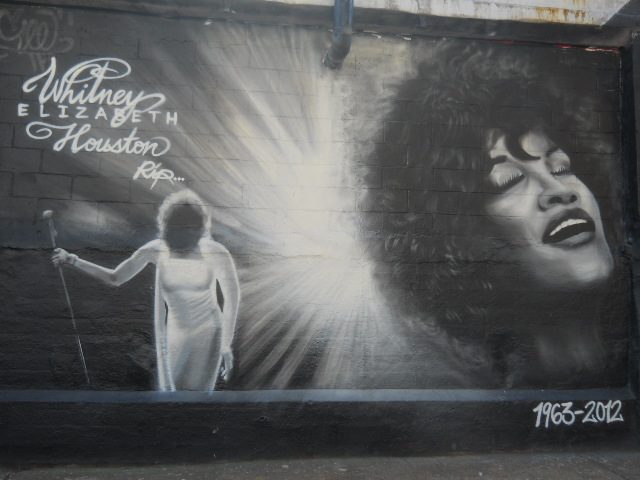 If one thing doesn’t need to be said about 2016, it’s that we lost a lot of GREAT MUSICIANS.

David Bowie, Prince, George Michael — I started listening to all of their songs together and realized, you know what? This is objectively a GREAT PLAYLIST.

And then, Oh my God, Chuck Berry just passed away this weekend! Like a lot of you, I started listening back to his music (like the one from Pulp Fiction um LOVE IT)!

But of course, we can’t forget other departed legends like Whitney Houston and Michael Jackson! Once I started thinking about it, I realized there are so many… Amy Winehouse! Kurt Cobain!…that a proper playlist was in order.

You know, I actually did my research? And spent an entire evening reading about musicians’ deaths and causes of death. Strongly recommend you click that Wikipedia link, it’s really educational. Of course, I didn’t include EVERY song from EVERY dead person, as with all playlists, this one leans heavily to my own tastes.

Want to play along? Here are the rules, because Rules Make Fun More Fun (buy the t-shirt!):

But Meghan, you’re asking, why would you make a playlist about dead people? Isn’t that creepy? Oh yes, I think so. But what purpose could this possibly serve?

See, while you’re focusing on the “death” aspect, you may not have noticed that this is a really sweet, kickass party playlist. The ideal scenario would play out like this:

You put on my playlist at a gathering or small fete. Everyone’s singing along, wiggling to the sweet jams, and you’re just silently sipping your beverage. A joyful reseller turns to you and says something lovely along the lines of “wow, I haven’t heard this song in FOR-EVER! This is a great playlist!” You cast your eyes downward and swirl your drink in your glass. “This is (identify artist),” you sigh. “They’re dead.”

Now, a horrified pall falls over the gathering, allowing you to drop your voice to low whisper and add: “they’re all dead.”

CLICK HERE to be taken to my playlist, “I Hear Dead People!” Who am I missing? Tell me about it in the comments, then tell me which musician you’re still mourning from this list!