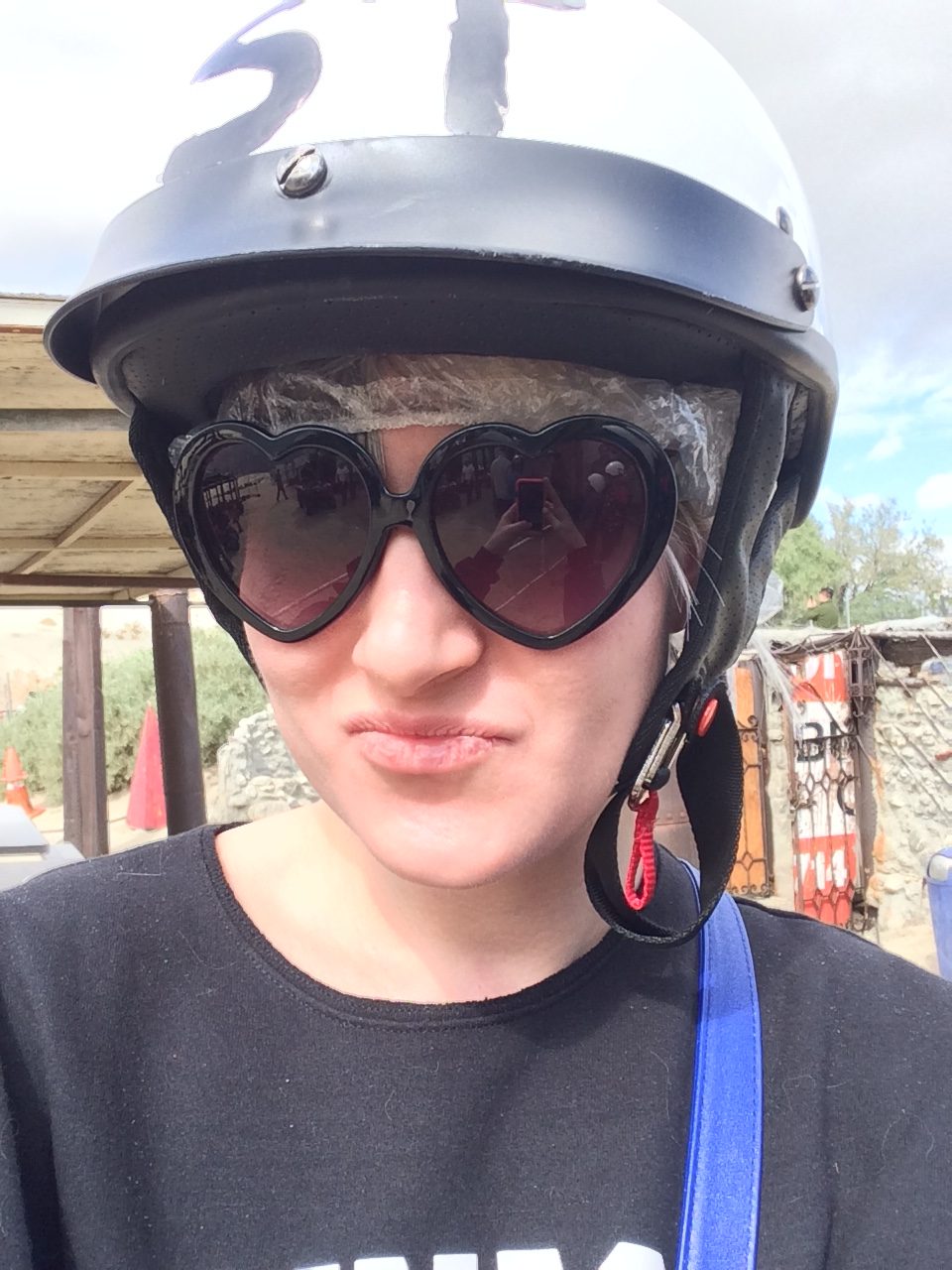 So you already knew I was going to be in California this weekend, but through some magical invisible force, we would up staying a day longer than we’d originally planned.

Yes, yes, I promise I’ll tell you all about Palm Springs, and Joshua Tree, and Los Angeles in another blog post. This is strictly about how we missed our perfectly-planned flight home on Monday and found ourselves spending an unprecedented additional 20 hours than we had originally intended.

Was it 20 hours? Or 17? I’m not sure. I get really confused around time zones! Which is somewhat how this story actually occurred…

See, when we bought our round-trip tickets to California, we bought them in NYC, on East Coast time. So we knew that our flight to Palm Springs was leaving Friday at noon EST, and departing Palm Springs on Monday at 2pm of what-we-assumed-was-Pacific time. Y’know, West Coast.

So on Monday, we made plans with friends whose flight on another airline was also departing Palm Springs at 2pm (should that have been a clue that something was awry?) to ride ATVs and get lunch before heading to the airport together. We pulled out of our rental house compound in Joshua Tree at 11:00am. 11:00 Pacific Time! Which is also 2pm East Coast time and, coincidentally, the time our flight was ACTUALLY taking off.

I was holding my boyfriend’s phone in the car, trying to find directions to the ATV rental place when he got a push notification saying something close to “Your flight is now boarding!” OH SHIT. “No, it’s not!” Ah, but it was. We spent the one-hour drive to ATVs on the phone with the airline’s customer service, who placed us (at no charge) on another flight, departing the next morning at 7:00am. That’s 7:00 PACIFIC TIME, to be specific.

(Also, ATVs are fucking terrifying. You heard it from me. And not just because the safety lecture we received was basically “you know how this works, right? Shasta’s in the fridge.” Um what? But I digress.)

After ATVing, we have to drop off the rental car, and luckily, another friend was driving down to LA and gave us a ride, where we stayed overnight at yet another friends’ house until our BRAND NEW flight left at 7:00am the next morning.

Reader, we made that flight.

The lesson in here is this, if any: You’ve got to have friends! As Bette Midler sang, friends who will pick you up in a Mustang convertible and drive you from Palm Springs to Los Angeles when you miss your flight because you don’t quite grasp how airplane tickets and time zones work. C’est la vie. We’re back now.