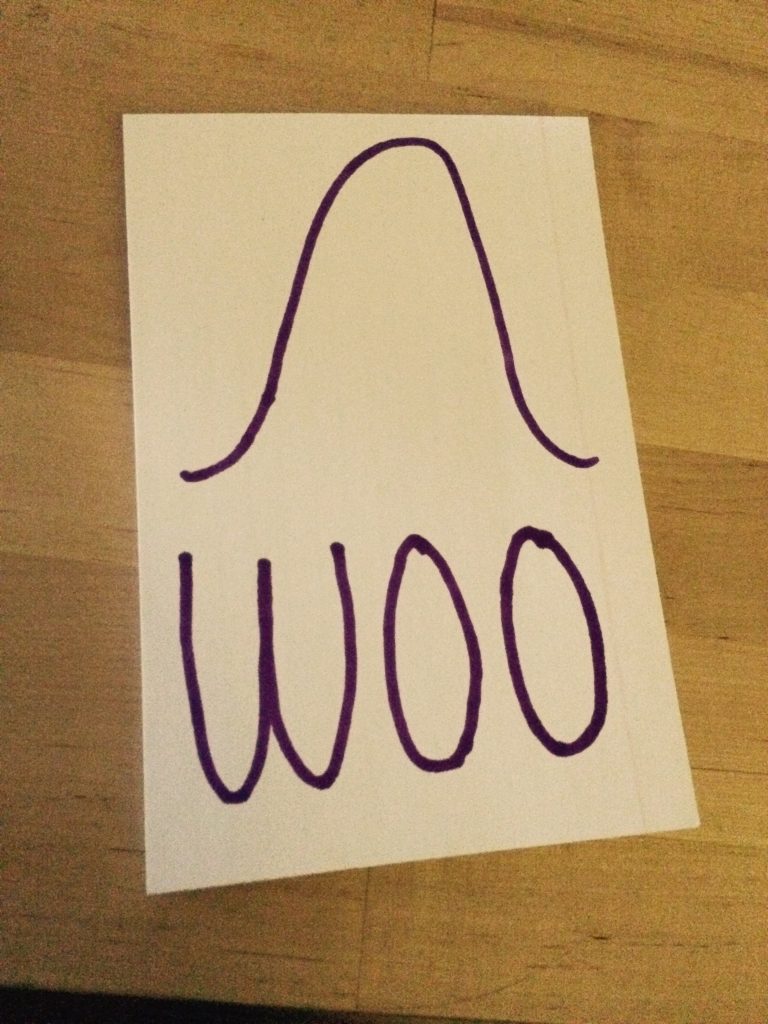 In case you were wondering, that’s the official sign for a Woo Bridge. What’s a Woo Bridge, you ask? Well, it’s something I made up in a dream. Several dreams, in fact. And I fucking hate them.

A Woo Bridge is a bridge that goes up really high and then comes down really steep. Usually, this leads to anxiety in the dream, and often results in falling falling falling until I wake up.

Even in my dreams, I’m aware that this is a terrible idea.

“Why is this bridge so high and so steep?” I will wonder, and the answer comes to me in my dream, “Because the river it is crossing is so narrow!”

Fuckin’ dream logic. Why not just have a SHORT but LEVEL BRIDGE, then? No no no, every time, it’s a Woo Bridge.

In my dream world, there are Woo Bridges:

and many, many other places.

I didn’t have a name for this until my second nightmare of the night last night. In the first one, I could see death. Death was a teenage girl in a black hoodie who followed behind people wearing backpacks, then grabbed onto the straps crossing their shoulders and rode the person until their doom (of a heart attack, stumbling into traffic, whatever). I also knew that this “death” was personally interested in finding ME.

When I woke up from THAT dream, I thought damn, at least it couldn’t get an worse.

In this dream, I was in England. I met a famous blogger at a grocery store. She invited me back to her house to cook a bunch of food, I just had to follow her in her car. Because I was so anxious about driving, I missed the turn and started up a big hill.

Then I saw a sign that looked just like the one above, with one word on it: “WOO.”

What the hell does THAT mean, I wondered, climbing higher and higher, reaching the peak, then tipping forward.

I lurched like a roller coaster going off the tracks, tipping forward and falling to the ground. The road twisted underneath me, but gravity was already pulling me to my inevitable crash. Then, I woke up.

This begs the inevitable question: What does a Woo Bridge mean? 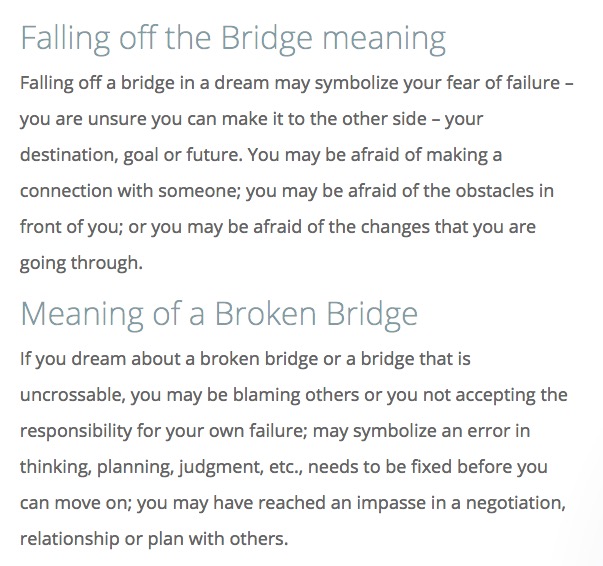 DreamMoods.com wants me to know that: “If the bridge is over water, then it suggests that your transition will be an emotional one. If you fall off the bridge and into the water, then the dream indicates that you are letting your emotions hold you back and prevent you from moving forward.”

Put it together and what have we got? A whole lot of emotional failure, I guess. Now I don’t even want to look up what it means to give the Angsty Teen Spirit of Death a piggyback ride in my dream. Geez.

I woke up this morning to a sweet dusting of snow all over the ground. Whatever puzzling infrastructure my subconscious throws at me, I am glad I crossed the bridge into today. Today, I get to wake up, walk into East Williamsburg, ride the L train to the studio where I’ve been working all week and make something with my hands. I’ve gotten this far. Let’s cross the next bridge when we come to it.