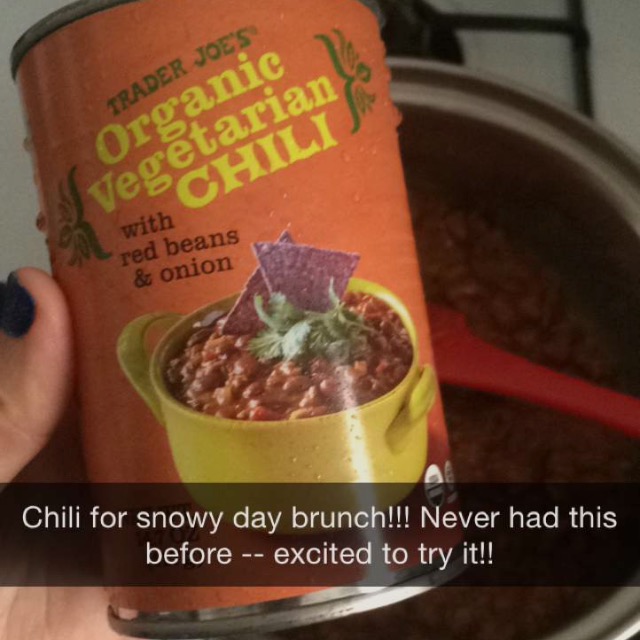 Ah yes it’s true, as Jenelle Evans once eloquently stated, “Nothing else worse can happen, mom.”

Which is, I guess, kind of a good way to go through the first Friday the 13th of 2017? Like, we survived 2016, which was the year we thought was gonna be fine but then we realized we were surrounded by secret Nazi white supremacists and also Princess Leia died. Wow, what a crushing blow. At least we know it probably can’t be worse? I think I was having this exact conversation a week ago, where I was trying to argue that rock bottom — i.e., pretty much knowing that Nuclear Apocalypse is going to happen this year — can be kind of liberating. Also, this chili was tastier than I expected. So, in the grand tradition of GOOD NEWS, let’s push aside the dread of our own inevitable, horrible demise by distracting ourselves with The Internet.

Promise me you’ll watch this one ALL THE WAY TO THE END. When Buddy starts to “test” for the glass door it gave me serious flashbacks to some of my Intro to Acting classes where we had to improv doing everyday activities and the class would guess. “Making a sandwich!” “Driving a car!” “Taking a shower!” I guess you could say we were “miming,” but Buddy does it so well!

This is Buddy. He ran into a glass door once. Now he's h*ckin skeptical. 13/10 empowering af (vid by Brittany Gaunt) pic.twitter.com/q2BgNIi3OA

Fell asleep on the couch pic.twitter.com/YlCSOL4nym

Checkin out some art bc I love art pic.twitter.com/GOyBHr0naJ

I don’t always “Turn On Post Notifications,” but when I do, it’s for MARNIE.

Oh and on the subject of Twitter, DO YOU LOVE SVU??? Yeah, you do. So you’ll get a kick out of “Detective Fin” on Twitter, @icetsvu. It’s basically a Mad Libs of that classic Det. Fin moment where he reveals some trendy drug knowledge to the rest of the team. On repeat. It’s perfect.

And can we talk about the weather yesterday! It smelled like spring! Of course, it’s going to be cold and shitty again very soon, but for a day there, it was like, almost nice! I’m going to have to go back to Trader Joe’s this weekend for more of this chili (add to the Wunderlist!) and general foodstuffs, as I’ve been so busy working all week (!!!) and haven’t had time to buy any food, other than the giant jug of wine for the weekend but that doesn’t count because the wine shop is across the street and the grocery store is like two blocks and a parking lot away. It’s great wine, though! Have an awesome weekend, folks!