My hometown will never be the same. Also, today I learned what a “Met” is.

When the Binghamton Mets announced that they would be changing their team name and opened up voting on a list of several options, the backlash in my small town was very negative. “Why are you changing the name? We hate change!” was the overwhelming response. I feel you, Binghamtonians, I hate change so very, very much myself.

Today, it was announced that the new team name will be *drumroll please* … the Binghamton Rumble Ponies! And then everybody died.

No, everybody went on living. In fact, it’s actually kind of cute. It’s fun to say. I don’t hate it. My life is actually really unaffected by this change, as is, I guess, everybody else’s. Rumble Ponies, it is.

So this whole thing just goes to show that we can actually change the names of professional sports teams without causing the Earth to fall off its axis and spiral uncontrollably into the sun. I’m looking at YOU, Cleveland! Yes, the team that just lost the World Series to the Chicago Cubs (the CUBS, of all teams! The CUBS!) has a team name and mascot that just. needs. to. go. 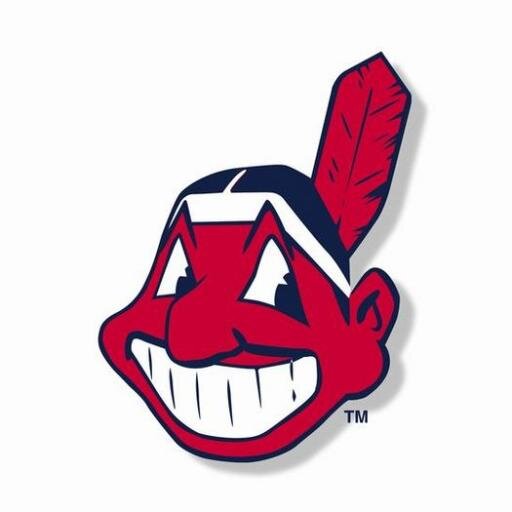 Seriously? Cleveland Indians? In 2016? Are you banana-split-kidding me? The name. Has gots. Ta go. WHY? Because people find it offensive. Plain and simple. And you know what you do when you offend someone? You APOLOGIZE, you CHANGE YOUR BEHAVIOR, and you DON’T DO IT AGAIN. Call me a soft-hearted Liberal, but that’s just the values that were instilled in me in my humble upbringing in Binghamton, New York, Home of the *stifled giggle* Home of the Rumble Ponies.

If Binghamton can rename “The Mets,” you can probably come up with something better than the Indians. Like, honestly. “Mets” is short for “Metropolitans” — I looked it up — a term which doesn’t necessarily apply to Binghamton itself but was rather borrowed from a team in an actual metropolis, the NEW YORK METS. So we changed the name.

Cleveland, are you gonna tell me that “Indians” name is a show of respect to the indigenous peoples living in and around the Cleveland area? Suuuure, like the “Washington Redskins” football team honors the dignity and heritage of the native population of the PNW. Riiiiiight.

So everybody knows these offensive team names have gots. ta. go. I know it, you know it, Cleveland. Don’t think we didn’t notice how you changed your logo to a simple red “C.” This is a perfect time to make a change and reinvent yourself… like how Carrie Bradshaw went brunette in the SATC movie. Change can be a good thing!

Now before you whine “But Meghan! Baseball teams are hard to name! You need to call a team something vaguely intimidating or else they won’t be taken seriously!” I say to you, “Cleveland, I believe in you.” I believe you can find a cool name that’s suitably threatening and not at all offensive to anyone. Cleveland, you ROCK! You have the Rock’n’Roll Hall of Fame! You have MELT, that amazing grilled cheese shop! You have CEDAR POINT, one of the best amusement parks in the country! And while we’re on the subject, may I make a suggestion?

If you’re in dire need of inspiration for something to name your team, look no further than ROLLER COASTERS. Yep, roller coasters. How about naming your baseball team after one of Cedar Point’s fabulous roller coasters? That’s how we do in Brooklyn (GO CYCLONES!) Why, you could be:

Or, why not just take on a moniker that’s a nod to Cleveland’s heritage of wooden roller coasters and become the Cleveland Woodies?

Sure, yeah, it sounds like a nickname for a penis, but then, so does “Rumble Pony,” and if we’re stuck with it, you can learn to live with it, too. Besides, nobody gives two shits in a helmet sundae what the team is called. They care that the team wins. Oh, too soon, Cleveland? Sorry.

Love ya, Binghamton! Love ya, Cleveland! See you in the Spring!