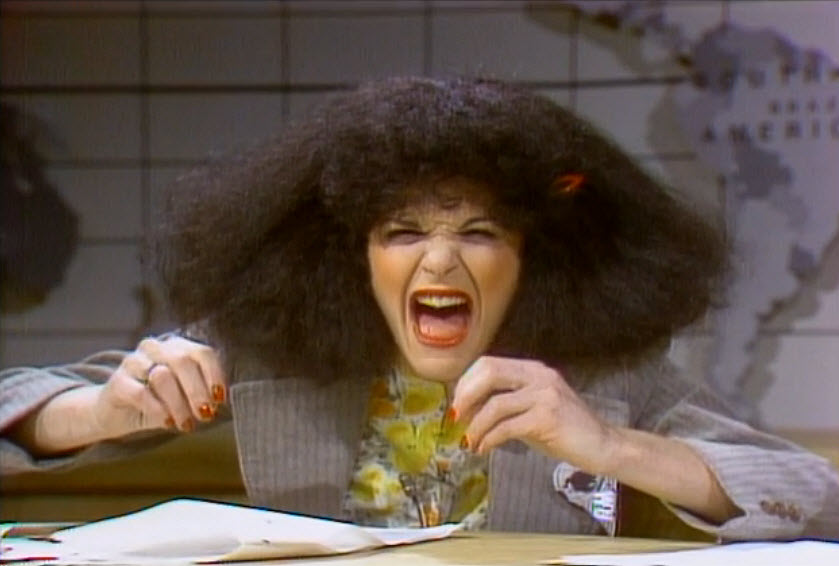 When I was 12, I remember seeing the old Saturday Night Live skits starring Gilda Radner, and laughing at Roseanne Roseannadanna. Goofy name! Fluffy hair! Funny faces! And the catchphrase:

I don’t know if there’s another quote that so perfectly encapsulates adulthood. Or, you know, this day I’m having.

I think Zoella’s most recent vlog talked about making lists, and how writing things down helped her clear her head. Well, I resolved to try that today, and after I emptied my head onto a piece of paper, I had a mini-panic attack. It’s one thing to be overwhelmed in your head, but to see it all on paper suddenly, I realized I had a multitude of insurmountable tasks looming over my head.

Pretty much all of these tasks required an Internet connection, the other one involved calling my insurance company (always a joy!). I realized very quickly trying to tackle this list that:

Eventually, I was able to get through to my insurance, who assured me that the five-page “Not A Bill” they sent me was in fact not a bill, and was just their way of letting me know that everything is going A-Okay with my coverage. Cool? I feel like when it comes to five-page packets from your insurance company, NO NEWS IS GOOD NEWS, but what do I know.

Internet going in and out all day meant that any project I tried to finish would get erased in the middle of working on it. The majority of my afternoon was spent working on a single project which kept getting stalled because first, my Internet cut out before I could save my work, and then, because I got locked out of my account. Okay, universe! I can take a hint!

If it’s not one thing, it’s another. But here’s my advice: don’t make a list of all the “things.” Enumerating them only makes things worse!