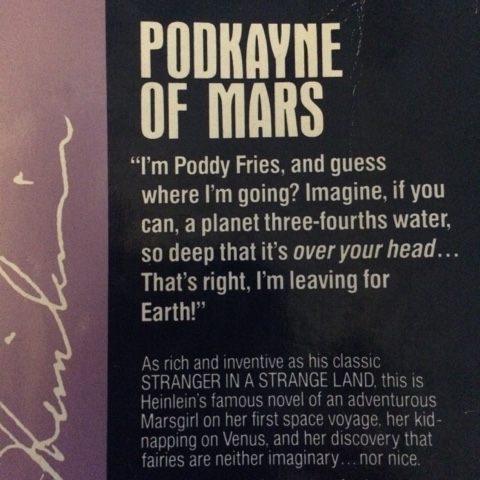 I can’t wait to introduce you to Podkayne of Mars!!!  Told as a diary written by Poddy Fries, nine Mars years old (which is like 16 Earth years – because of the longer orbit, duh, Heinlein thinks of everything) and about to embark on the journey that will change her young life!!

But then – life happens.  It’s remarkable to me that Heinlein, an old dude, slips into the brain of sixteen-year-old Poddy and embodies her so fully.  I shouldn’t be shocked, of course, having been bowled over by his fully realized female character Maureen Johnson in To Sail Beyond the Sunset, but he is a true writer bringing life and excitement to Podkayne (and her little brother!) as they cruise across the solar system to EARTH! 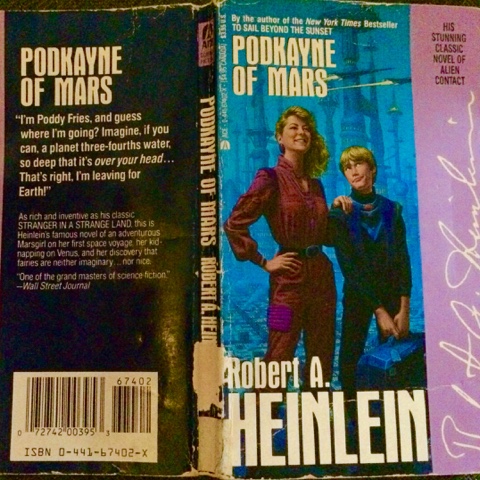 I greatly enjoyed this book – it stays true to his “children’s books” type (see also Have Space Suit — Will Travel) without falling into the “third act surprise blitz it’s over” trap that happened with Orphans of the Sky and Time for the Stars.

In summation, this is one Heinlein I would strongly recommend to first-time Heinlein readers, along with The Door into Summer and Job: A Comedy of Justice.  It’s also a great summer read for avid younger science fiction fans, and still holds up today thanks to Heinlein’s vivid imaginary future!