I took so many pictures in Buffalo for Easter that I’m still dumping them out, can you believe it?  The weather is still crappy as hell out here so I’m living for flower shows and Botanic Gardens.  We had a little time to go sightseeing in Buffalo and since the wind was out-of-control freezing, I insisted that we check out the Botanic Garden.  Green!  Greenhouses!  The chance to take your coat off and soak up warmth and colour and the smell of flowers!  YAY! 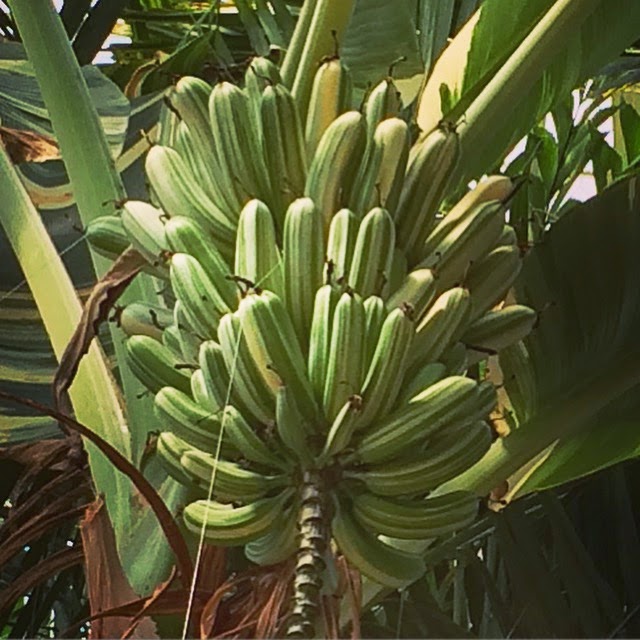 Striped bananas!  Only to be eaten by royals, mind you.  Bananas! 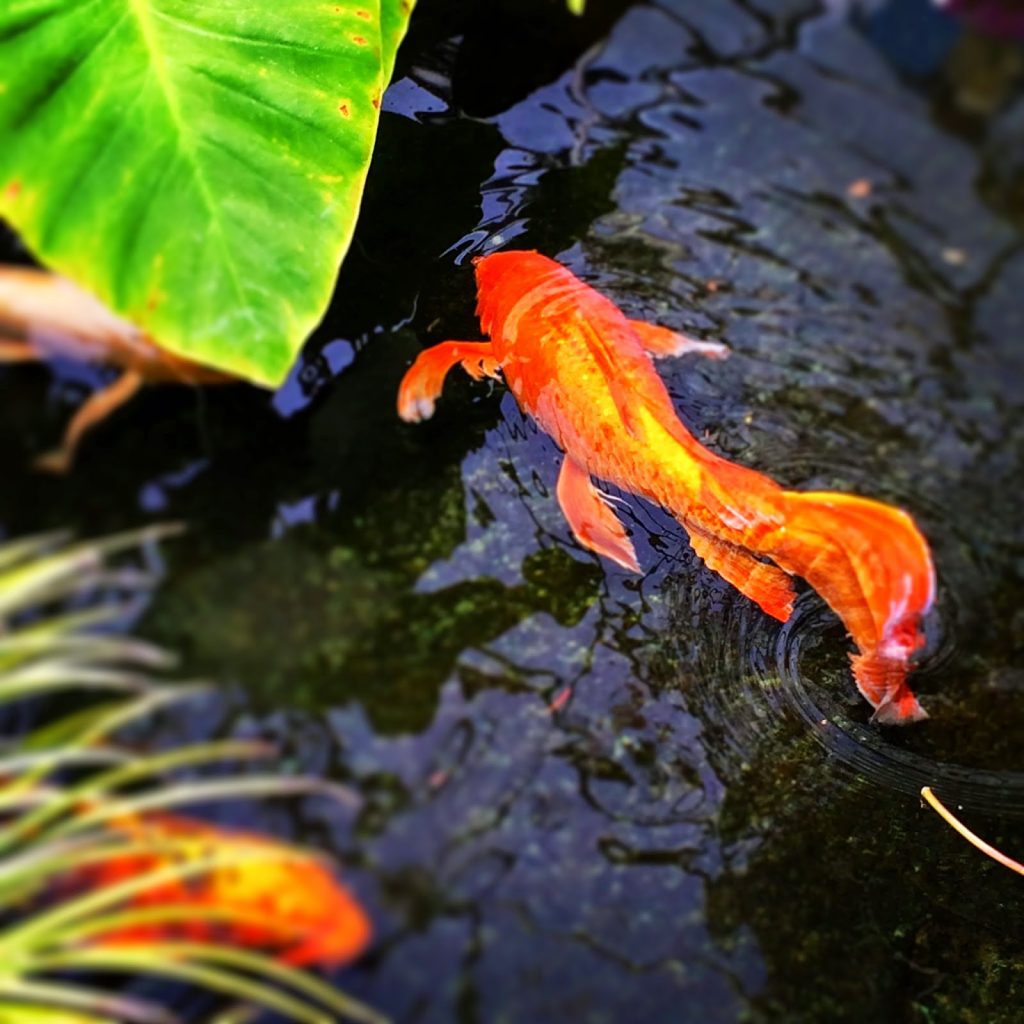 A tale of two koi fish – one sassy, one shy.
Guess which is which! 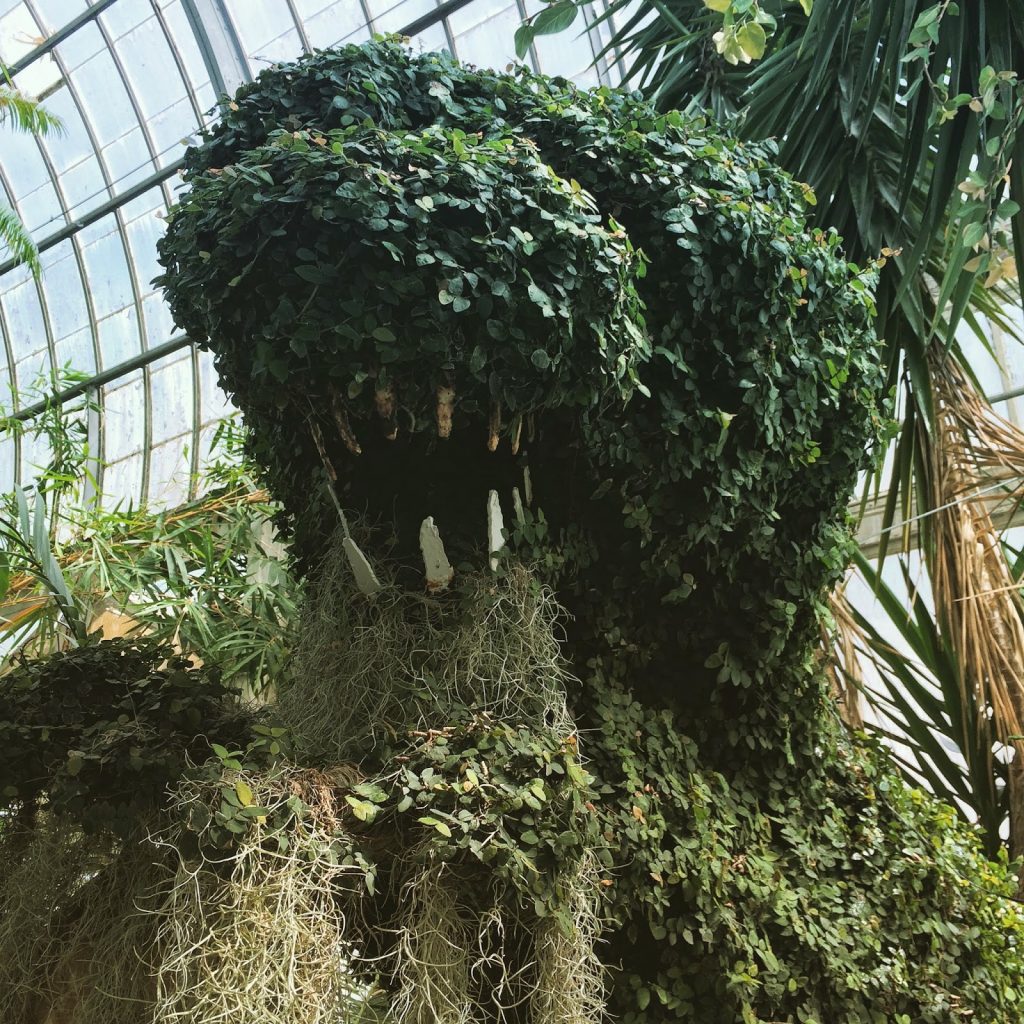 The Botanic Garden inexplicably had dinosaur topiary in this room –
Bronto, Stego, and (above) T-rex.
Inexplicably, yes, but I’m not complaining! 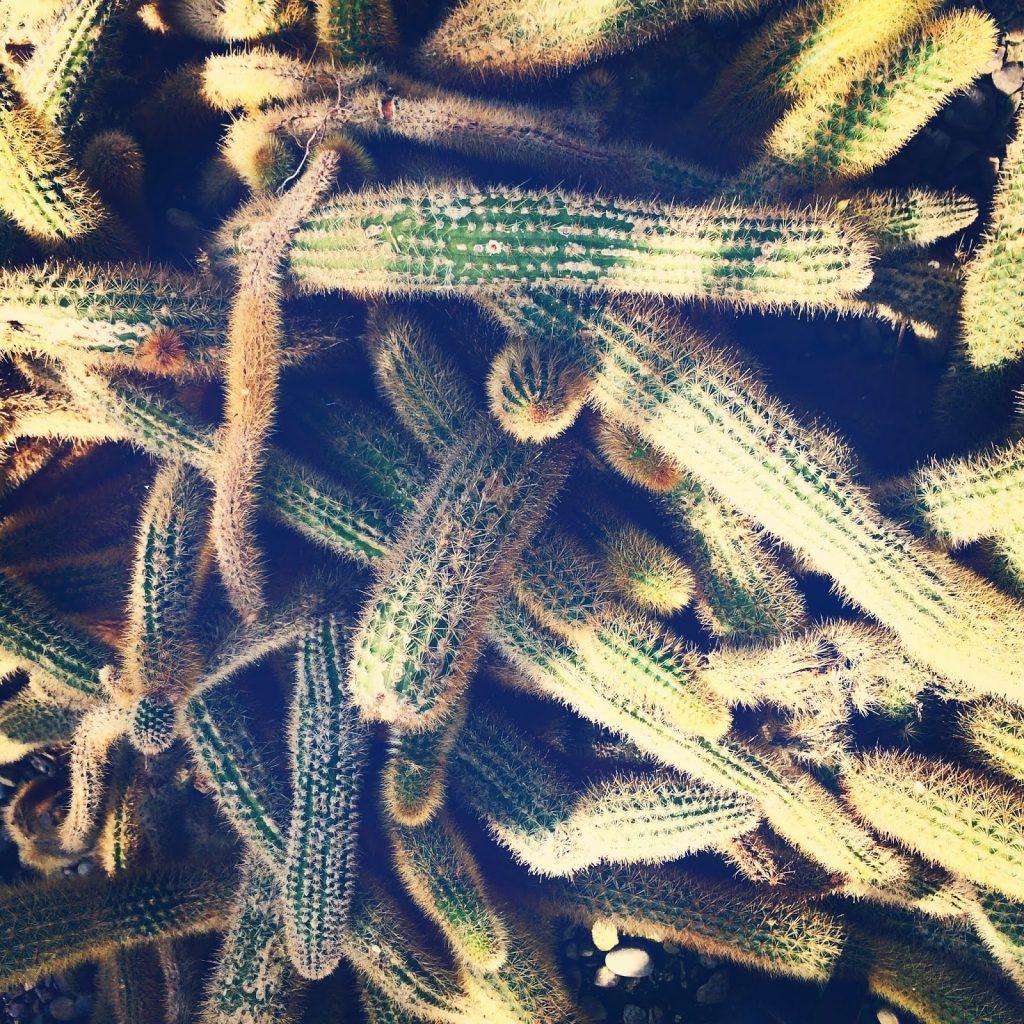 I could have taken a picture of everything in the cactus room.
I miss having cacti!
Why do they shun my love and smothering care? 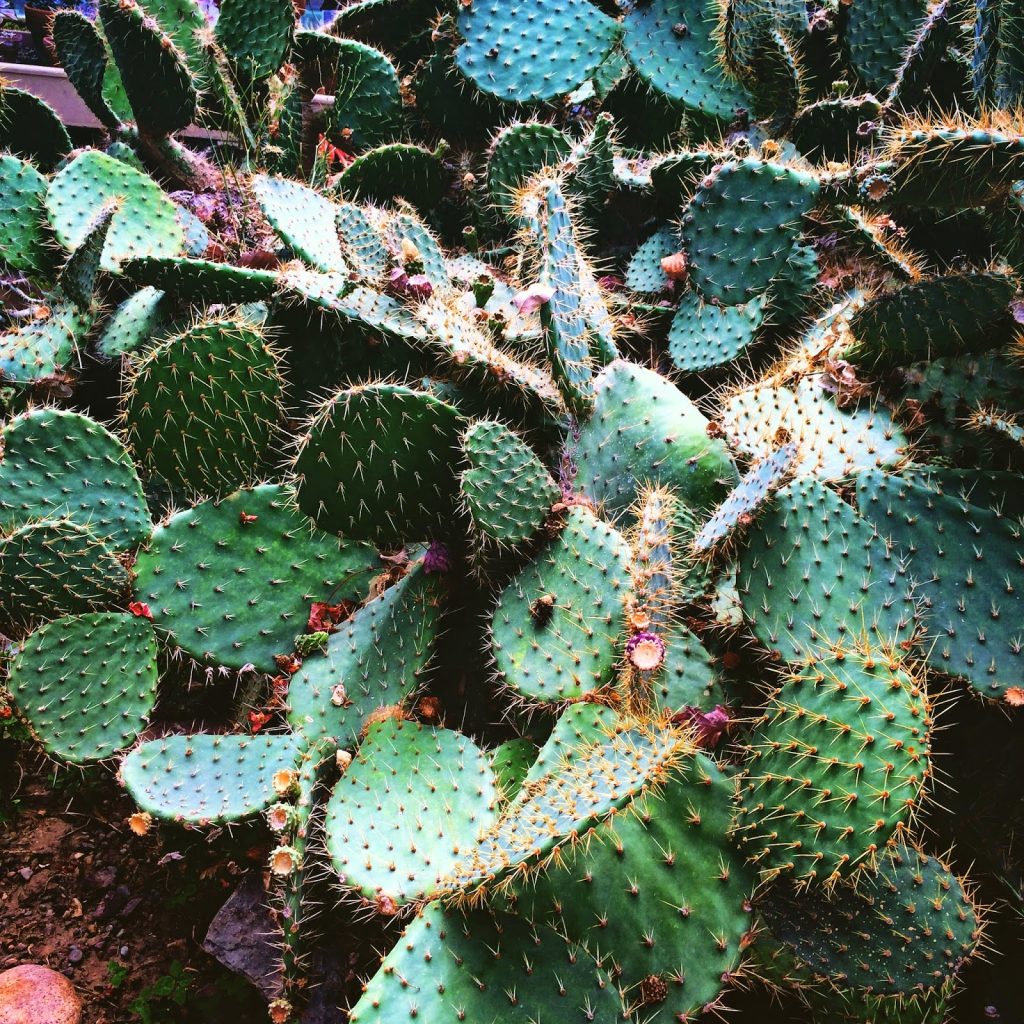 But seriously, I wanted to pet all of their fun leaves (gently!)
but there were signs everywhere saying
“Do not touch!
Plants can cause rashes!”
So of course… 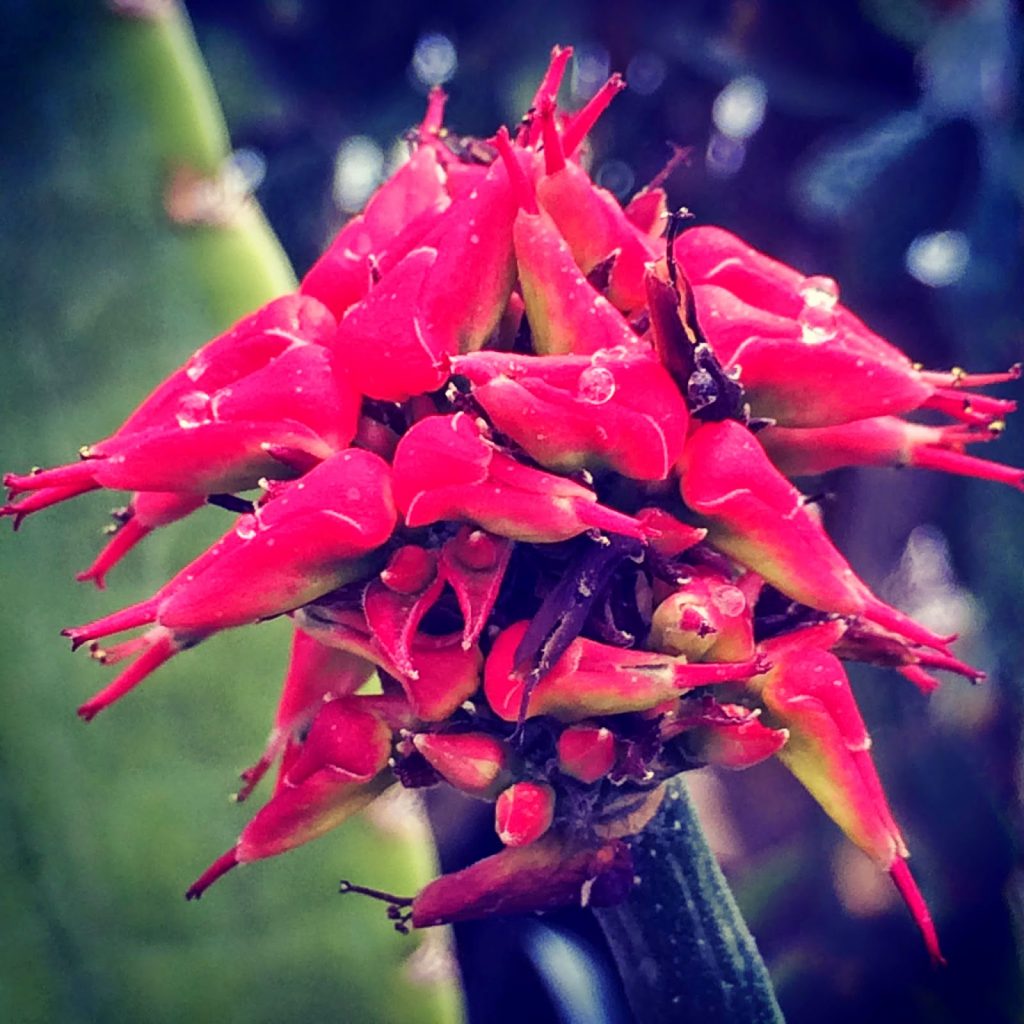 …That man o’ mine reached out before I could slow-motion “Noooooooo” and stop him from touching this weird flower covered in dew.

“It’s sticky!?” he remarked and I thought oh, no, here comes the rash!

But instead, booooop!  This plant made a new dew drop for itself on its leaves!

(And no rash.  That is very important.) 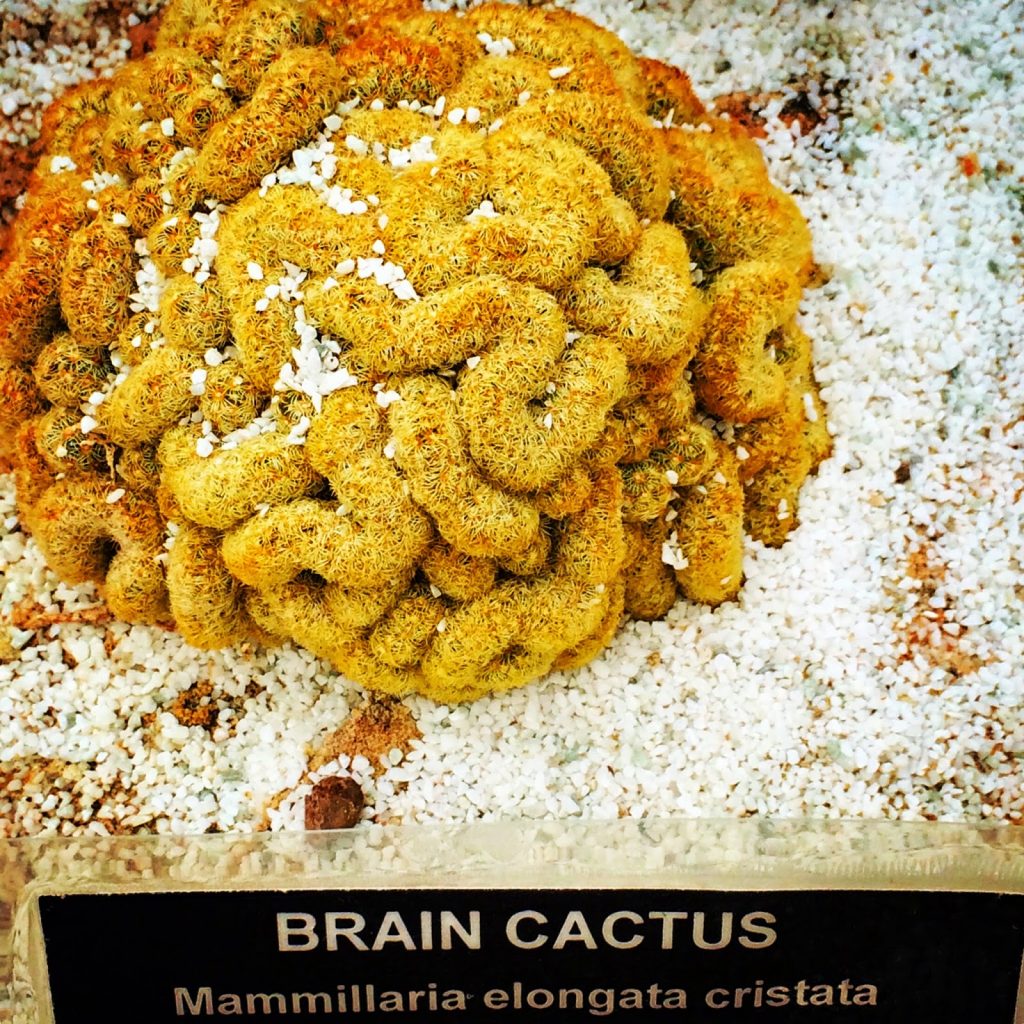 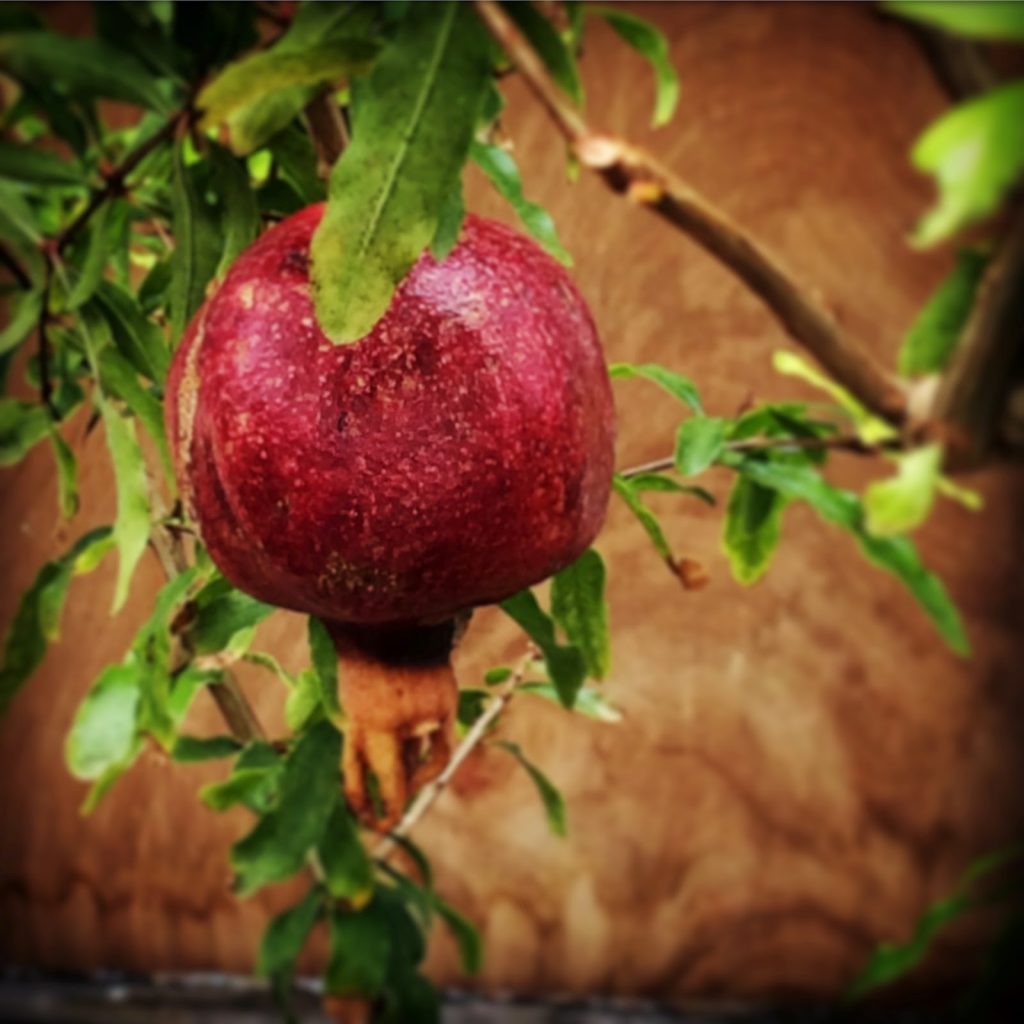 Don’t get too excited, now –
this is a super-zoomed in shot of a teeny tiny pomegranate!
But I just had to share! 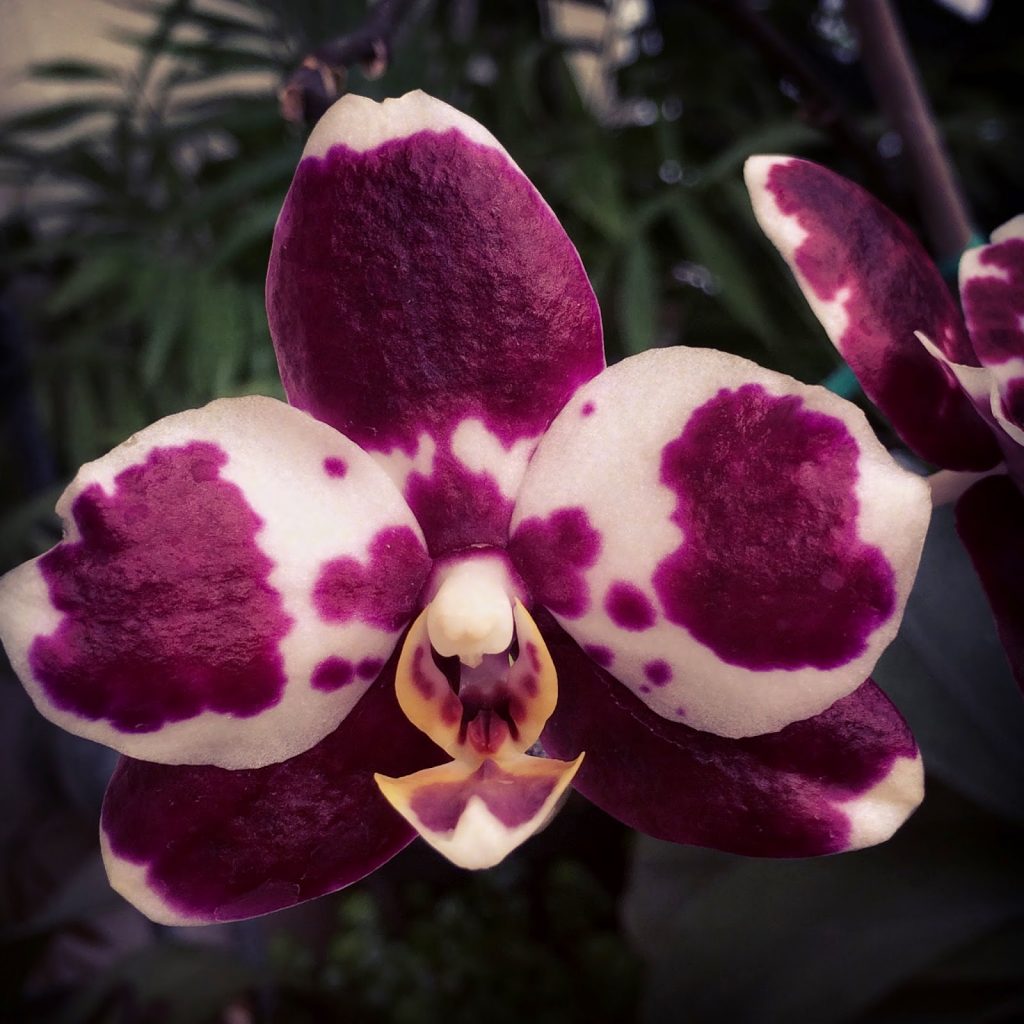 Now the main reason for going was that I had somehow gotten it into my head that I needed to see orchids.  Not sure why.  But there were orchids!  A whole room full of different shapes and colours but I like this one the best because it looks like a cow.  It totally looks like a cow.  I will now hear testament otherwise.

Right at the end, there is a huge room filled with spring flowers!  I don’t think I’ll ever get tired of smelling tulips and daffodils, and there was even a secret bench in the middle of it all, sheilded by vines and closed off, where I was able to enjoy a moment of just relaxing and inhaling the flowers.  I wish I could share that warm, peppery scent with you but maybe you could try leaning in real close to your monitor and giving this guy a whiff: 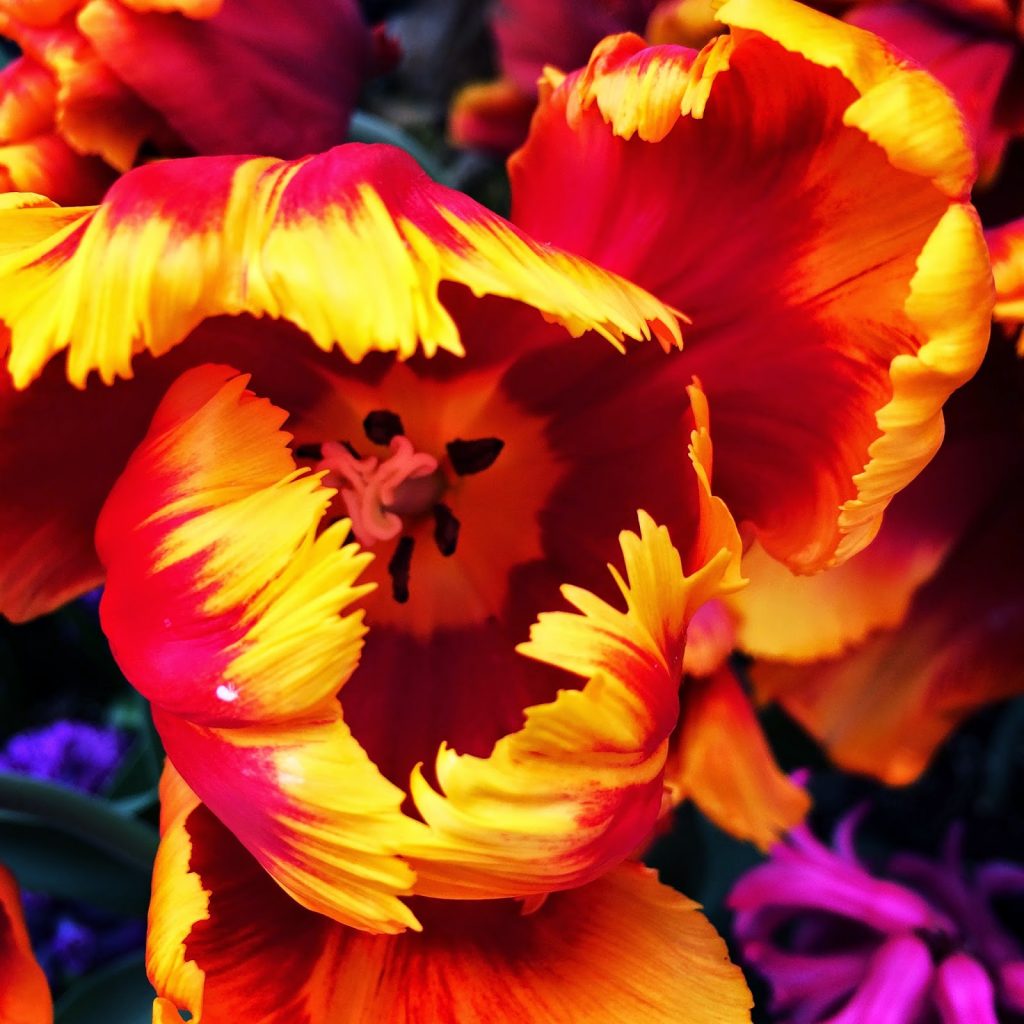