Is there any better feeling than being right? 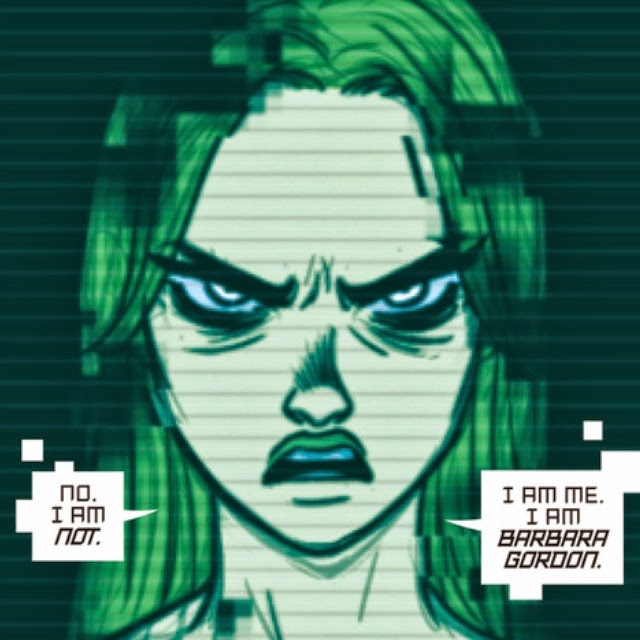 Around the last issue of Batgirl of Burnside, I developed a theory as to who the villain was aaaaaaaaand… SPOILER ALERT 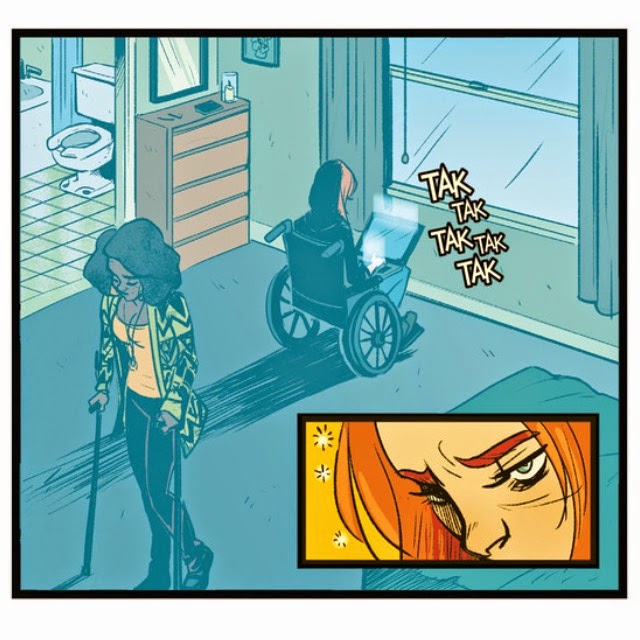 I was totally right!  It’s Batgirl/Oracle herself!  In my theory, the whole Burnside blushy-hearts escapade was a fugue state and the REAL Batgirl had to rouse herself out of it through the computer program she invented.  And she would reclaim her body and all would be well! 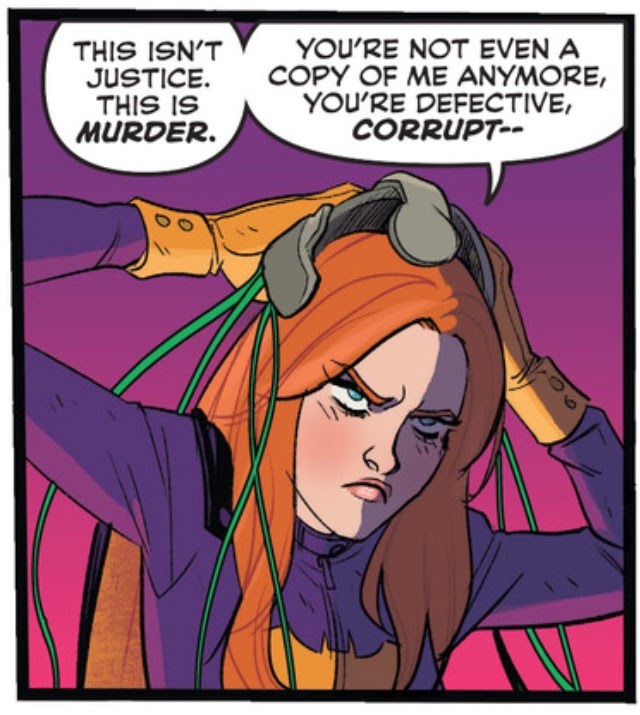 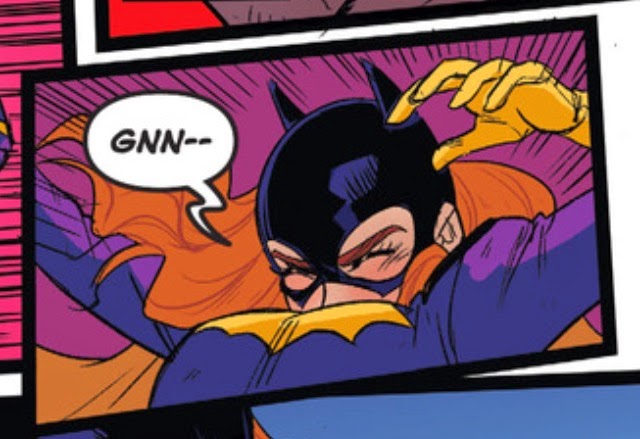 Ugh isn’t it just the worst when your boobs hit you in the face during a fight sequence? 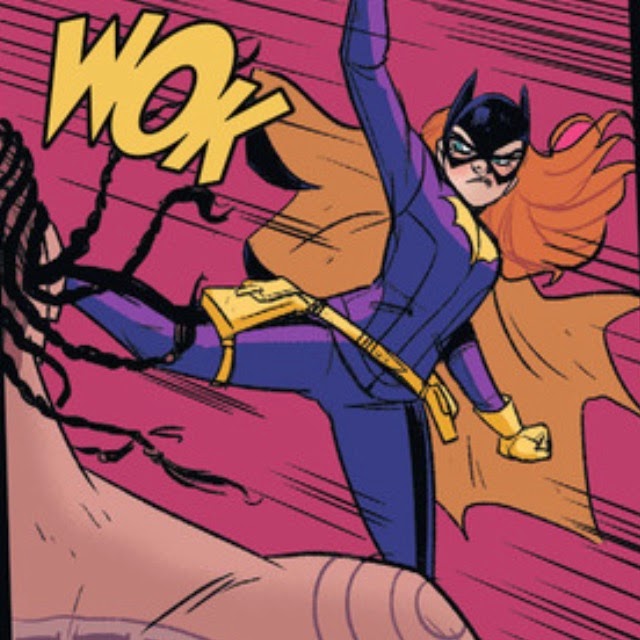 Wocka wocka wocka.
But with a little help from her friends, Batgirl wins the day the old-fashioned way…by confusing an evil artificial intelligence into self-destructing. 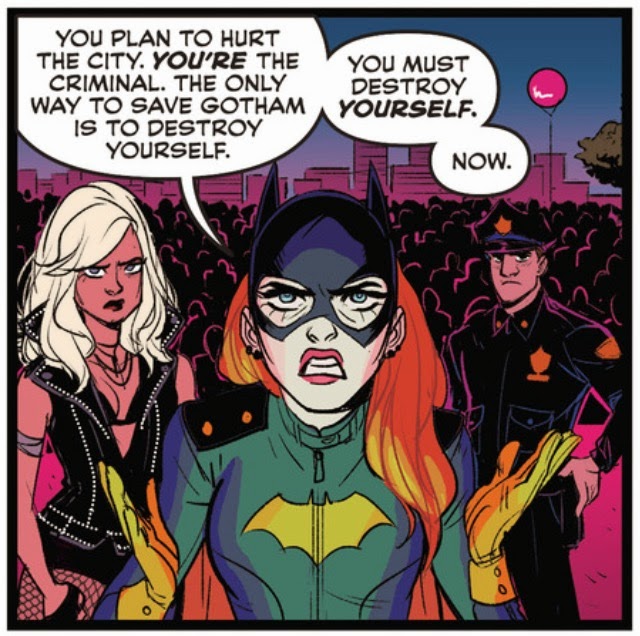 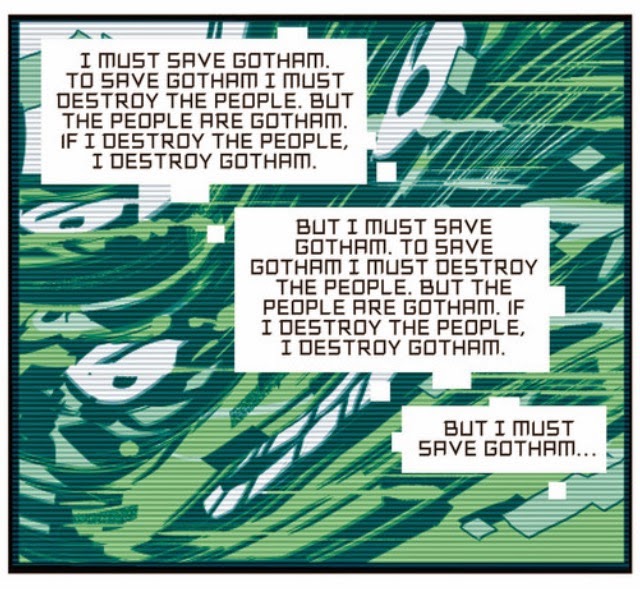 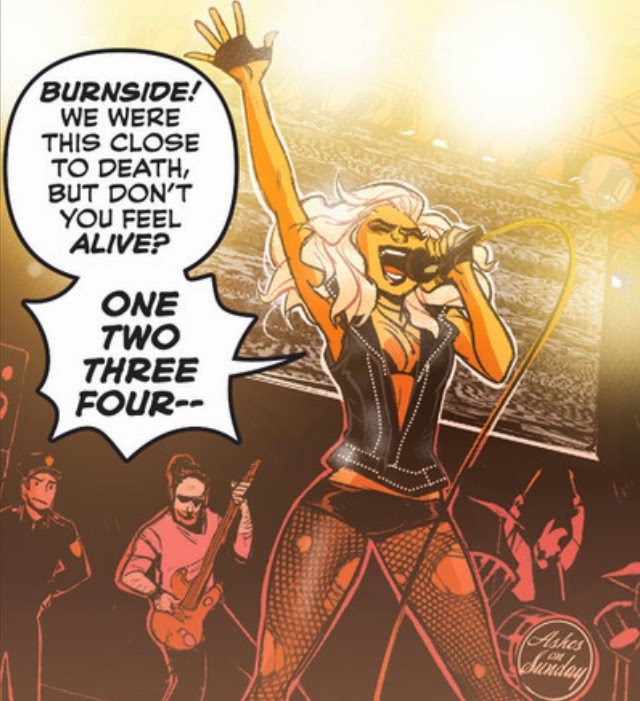 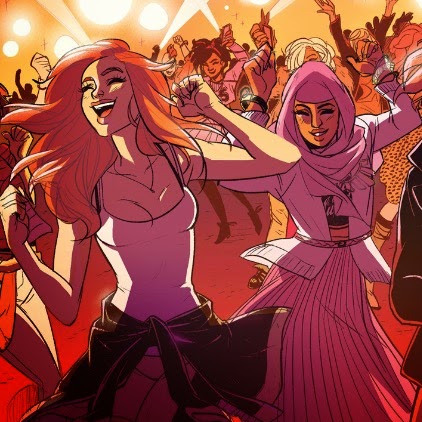 And the real hero is, as always, the costume direction. 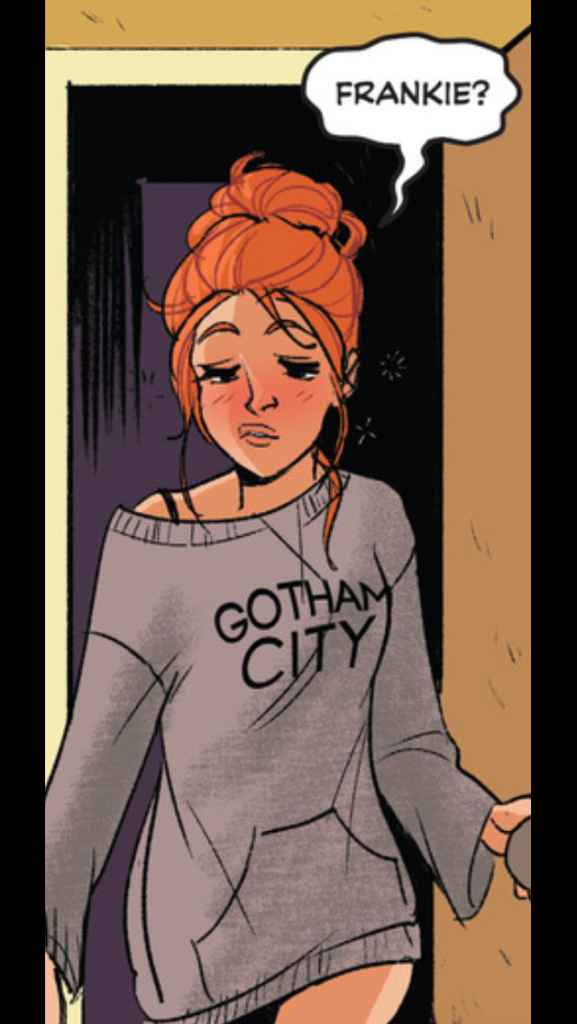 See you in June,
Black Canary and Batgirl of Burnside!