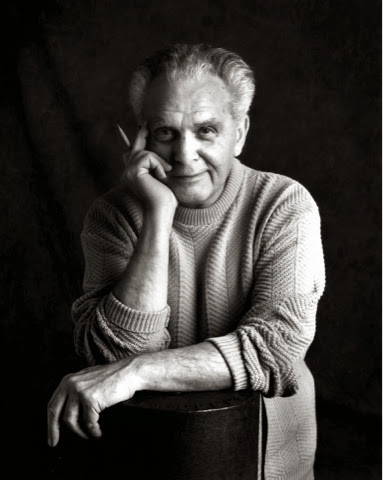 Jack Kirby is awesome for a lot of reasons, but here’s just three to get you started:
1.  Jack Kirby was a born and bred New Yorker!  Born Jacob Kirtzberg on August 28, 1917, Jack’s poor upbringing on the Lower East Side of Manhattan was documented in his autobiographical comic “Street Code.”
2.  Jack Kirby was a romantic!  Jack proposed to his wife Roz on her eighteenth birthday.  They were married in 1942.  When Jack went overseas to serve in WWII, Roz sent him a letter every day!  When he returned from the war, Jack Kirby co-creates the genre of romance comics, and his Young Romance became a monthly publication.  He and Roz had four children together and stayed married until his death in 1994 – fifty two years!
3.  Jack Kirby never drove himself!  According to family friends, Jack’s wife Roz chauffeured him around.  Rumor has it that Jack’s head was so full of ideas for comics that he was constantly compelled to write his ideas down – perhaps explaining his secret to his long and prolific career!  Anyway, because he was always daydreaming and writing out ideas, he was unfit to be behind the wheel of a car!  Imagine that we might not have X-Men or The Avengers today because Kirby got stuck sitting in a traffic jam without a pad and pencil!  Makes a good case for public transportation.

For more information, check out (and support!) the online Jack Kirby Museum!  I was lucky enough to visit during their brief exhibition, it would be so cool to pay tribute to this wonderful innovator with his own permanent