For anyone who delighted in studying for the SAT Verbal section, is there anything better than word games?

If you haven’t played this game yet, WHERE HAVE YOU BEEN?!?!  Seriously?  Under a rock or something?  Apples to Apples is the hilarious game of verbs and nouns.  It’s easy to play, easy to learn, not so easy to win (which frustrates the more logical-minded of players).  There can be no strategy!  Just psychological analysis of your other players and making quick connections!

This game isn’t so much a word game as it is a “real estate” game.  The object is to place your highest-point letters on the special spaces before your opponent can.  Still, a good vocabulary can be your best asset in this game!

The new love of my life is Taboo!!!  This hilarious game of circumlocutions had us screaming and weeping with laughter!  I played it for the first time this past week and my team snatched a last-second victory from a near defeat in a down-to-the-wire throwdown!  If you get a kick out of Apples to Apples, you gotta try Taboo!

Wanna beat me at Words With Friends?
It’s not that hard, I promise.
Username:  MeghanSaraK
Find me! 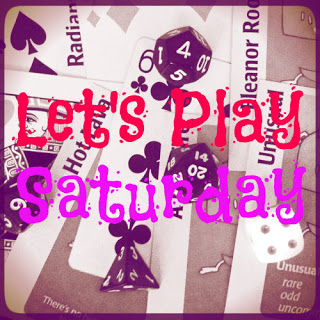