When Zagat rates you #1 Speciality Dessert in NYC 5 years in a row, you do not escape notice. Yet, tucked away on First Ave on the Upper East Side, Emack & Bolio’s ice cream shop stays grounded and true to their roots. Upon confessing that it was our first time (and staring blankly in indecision at the flavor list for a decent amount of time) all the customers began piping up with their flavor recommendations. 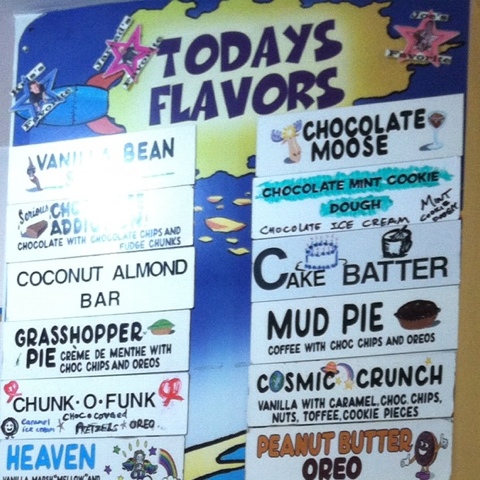 Which is helpful, because there are SO MANY FLAVORS.  Like “Bleeding Heart”: vanilla ice cream with Raspberry swirl and heart-shaped Raspberry truffles mixed in.  And “Allman Joy”, which is coconut ice cream mixed with almonds and chocolate flakes. 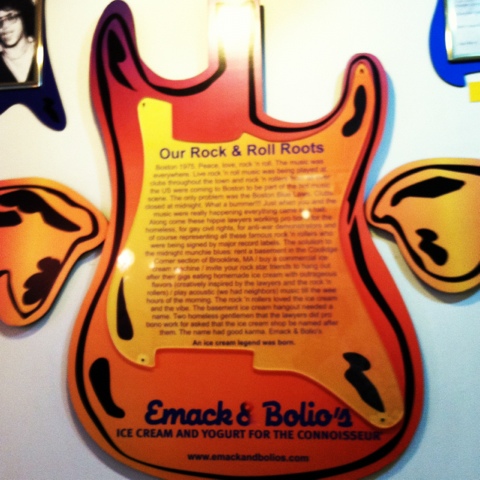 Emack & Bolio’s founders, self-described “hippie lawyers,” started the brand in 1975 in Boston while working pro bono for the homeless, gay civil rights, anti-war demonstrators and, naturally, musicians being signed to major labels.  Unfortunately, Boston’s blue laws made it illegal to serve alcohol after midnight.  The solution was as easy as renting a basement in Brookline, MA, and buying a commercial ice-cream machine.  Rockers playing gigs in town were thrilled by the groovy atmosphere, and loved jamming all night – acoustic, of course – while dining on the outrageous concocted flavours.  The shop’s name comes from two homeless men the lawyers were representing, who suggested the shop be named after them.  In the interest of good karma, the lawyers agreed.  And what good karma it is. 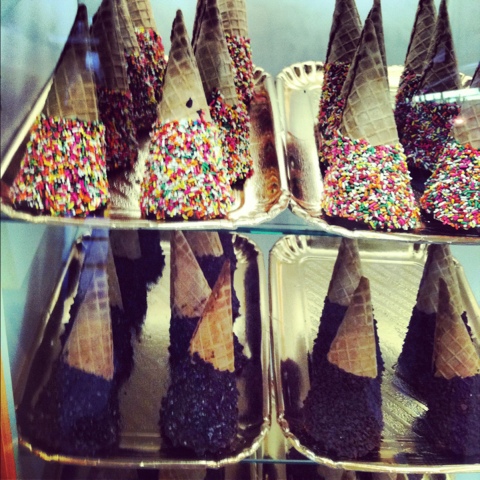 Emack & Bolio’s is not afraid to push the envelope!  They have created “ice cream pizzas”, dipped their cones in everything from sprinkles to rice krispie treats.  But they also stay true to their altruistic beliefs.  They oppose the milk hormone bST, are certified Kosher by the Rabbinical Council of New England, and offer live cultures for the lactose intolerant.  Good ice cream, good vibes.  What’s not to love?
Emack & Bolio’s
1564 First Avenue (at 81st Street)
212-734-0105
12 noon to 11pm Daily