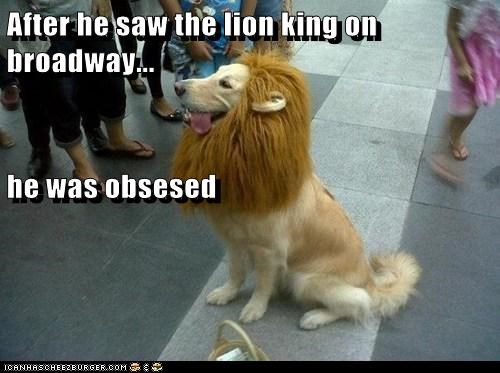 Some people are sports people, some people are theatre people. This is a fact. And you can’t really be a “sports person” AND a “theatre person” and this conflict is borne out in High School Musical as pure fact and everyone knows it. You can’t lead the basketball team to victory, Troy, AND play the lead in the school show. It’s JUST NOT POSSIBLE.

You know about the Puppy Bowl.

Every year, on the Super Bowl, the cable network Animal Planet airs their competing “Puppy Bowl,” which is basically this: a bunch of puppies milling about a small set made to look like a football field. That’s it.

So obviously, this has become a cult hit sporting event. Don’t get me wrong: it’s great! I, personally, hope there are MANY spinoffs. There should be a multi-night World Series puppy bowl. Puppy Wimbledon. The Stanley Pup!

I’ll TELL you where it is: it’s in our DOG PARKS, it’s in our KENNELS, it’s in our DOGGY DAYCARES! Why, the idle brain’s the devil’s playground, and how are we gonna keep young puppers enriched? MUSICAL THEATRE! Yes oh yes sir I’m talking about COMMUNITY THEATRES FOR DOGS.

Picture this: Curtain up. Light the lights. Puppers of all ages and sizes in costumes hinting at the classic shows: Sunset Boulevard! Guys and Dolls! Les Miserables! Cats? HELL NAW — it’s DOGS’ TURN! An old woman starts pounding the intro chords from A Chorus Line on a tinny old upright piano. The dogs mill around. Proud pup parents in the audience coo, hold up camcorders, flash photos. Broadway standards continue, puppies romp, etc etc until Intermission. Honestly, TELL ME you wouldn’t watch the SHIT out of this.

Of course, brilliance like this doesn’t just HAPPEN. Sports people are born when their parents sign them up for Pee Wee Leagues in Kindergarten, but theatre people don’t usually come into their own until that special drama teacher sparks the love of the stage in their hearts. Therefore, I volunteer to be the world’s first Doggy Drama Coach.

You may say, “Meghan, that doesn’t exist?”  I say to you: Did Facebook exist before Zuckerberg thought of it? Did Amazon exist before Jeff Bezos thought of it? Am I comparing myself to Bezos and Zuck? HELL NO! They’re evil as fuck! I’m just saying, I’m an innovator and I invented this. “This” = Doggy Drama Coach.

Basically, the future career that I’ve carved out for myself, is one who goes from doggy daycare to shelter to dog park to direct doggos in musical revivals of the greatest classics. We’ll do warmups! Mirror exercises! Um… Breathing! Teach the puppers to follow their impulses theatrically and be confident on the stage!

You know the old adage, “Never try to upstage children or a dog”? Well they obviously never expected MULTIPLE dogs! Just imagine the sheer theatrical brilliance of a stage full of NOTHING *BUT* DOGS! This is a million dollar idea (invest now!) and I’m SO glad I thought of it. Imagine if I discover the great unseen stars, we could take our cabaret all the way to the Great White Way! I SMELL TONY — and you know, dogs have a very keen sense of smell.