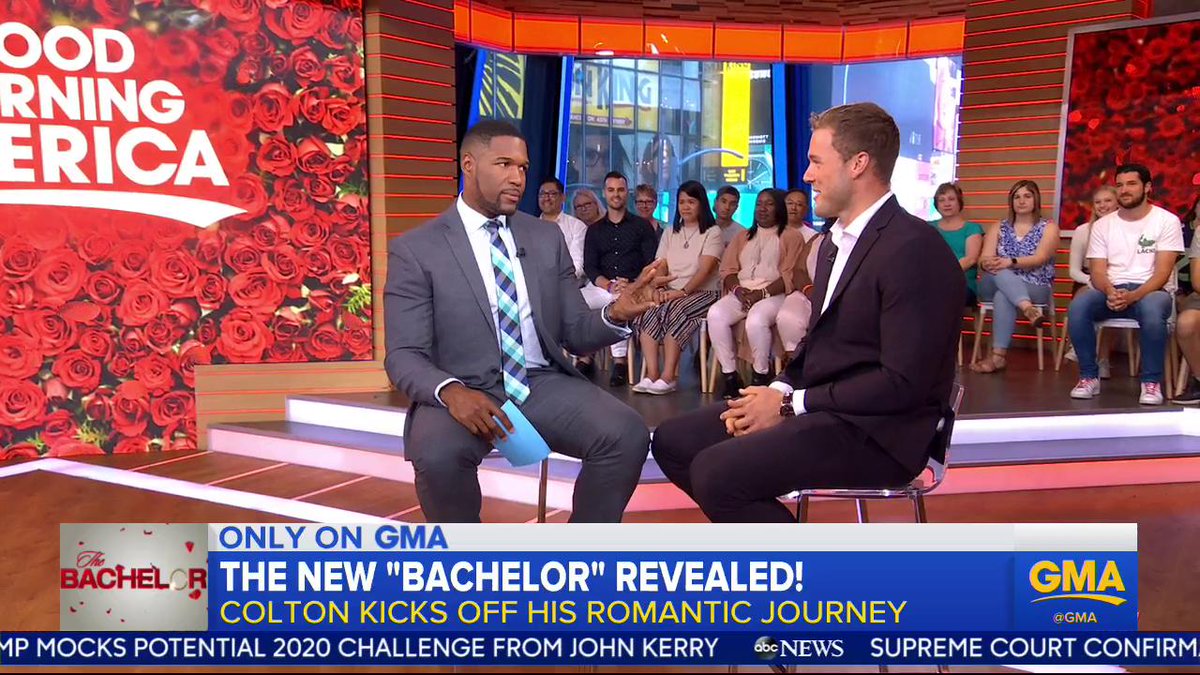 LaDiEs, who’s lining up to be strung along by ^^^THIS HUNK^^^ only to be dumped after learning that his feelings for you were all FAKED because he’s afraid of REJECTING WOMEN!?!?!

In a shocking announcement last week on GMA, it was announced that Colton Underwood will be 2019’s lucky Bachelor. Raising the obvious question: does the ABC network just not know any decent guys????

I pull you back to early 2018, when — after the tumultuous NICK season — the bigwigs in Bachelor Nation chose Arie Luyendyk (pronounced “lyin’ DICK”) Jr. as the newest Bachelor. He was older (36!) more mature (grey hairs!) and definitely not as controversial as sleazy NICK, whom we all hated A LOT until Arie swept in and gave us the WORST BACHELOR VILLAIN IN BACHELOR HISTORY:

Now, to give ABC credit, I’m sure they couldn’t have seem this coming. All season long, Arie seemed to have the personality of a single sheet of Puffs Plus™ with Lotion. Seemingly drunk in every one of his one-on-one encounters, he mumbled and fumbled his way to choosing Becca Kufrin to be his fiancée. Until. After the show wrapped, he pulled the ol’ “I’ve been thinking: If I marry you, then I probably can’t date Lauren B. anymore, so I’m gonna have to ask for that ring back.” CLASSIC!

Oh, poor Arie. A man of only 36 years old can’t be expected to know that “monogamy” means that you only date one woman (Becca K, HELLO!) or maybe he just missed that Simpsons episode: “MONO means ONE! And RAIL means RAIL!”

And RAIL we did, us fans in Bachelor Nation, enough to the point where Becca K was chosen as the subsequent Bachelorette! You know, I do really feel for Becca. That was the most painful breakup I’ve ever seen, and I’ve been dumped all over this town, more times than I can count! Now, was her season compelling and memorable? No. Did Becca have the raw magnetism of a Rachel or a Jojo? No. Was her season overshadowed by the interpersonal drama of Colton and fellow Arie dumpee Tia? Yes! But did she walk away from it all with a big honkin’ Neil Lane on her finger? Yes. And in Bachelor Nation, that’s restorative justice.

So you just know that ABC was frothing at the mouth to milk as much as they could out of the Tia Booth/Colton Underwood’s potential for romance. Faster than you can say “Weiner, Arkansas,” the pair were thrust together onto the sands of Mexico for Bachelor in Paradise, the Bachelor spinoff that’s 100x rapey-er than it’s original counterpart. After a handful of episodes of drama with Colton admittedly “unable to commit,” he finally settled into an “established relationship” with Tia, all the while warning signs flashed in BIG NEON LETTERS: Becca tried to warn Tia. Raven tried to warn Tia.

Finally, Colton admitted to Tia that he couldn’t go on dating her. His feelings for her were faked. He pretended to be “all in” (“all in” being the catchphrase of this BiP season somehow?) because he wanted to make her happy, but he couldn’t continue living a lie.

Much like Arie, who chose Becca because he thought he wanted to be with her, but oopsie, he wasn’t being true to his actual feelings, or he didn’t know what those feelings were, so he just did what he thought was expected of him, faked his way into a serious relationship, only to pull the rug out from his unsuspecting girlfriend at the last minute and dramatically reveal that he felt nothing for her.

So naturally, when it came time for ABC to select an emotionally stable grown man from their pool of past Bachelorette hopefuls, they chose the man most likely to have difficulty understanding his own emotions and making stable decisions based thereon.

I’m gonna go out on a limb here and say that the majority of the Bachelor Nation audience identifies as female? And therefore is most likely to have sympathy with Tia, seeing her awful breakup play out on TV and watching her, as most women do, take the high road while Colton ran off crying, Tia stayed behind to explain the sudden departure and bid farewell to her fellow castmates. I’m sure it’ll be hard for the audience watching Colton stand in the driveway come 2019 to forget Tia’s tearful words, to paraphrase: he’d better figure himself out before he does this to someone else.

And how will Colton Underwood, who fakes his romantic feelings to avoid hurting women by rejecting them, handle being on a show where the entire premise hinges on systematically rejecting women?