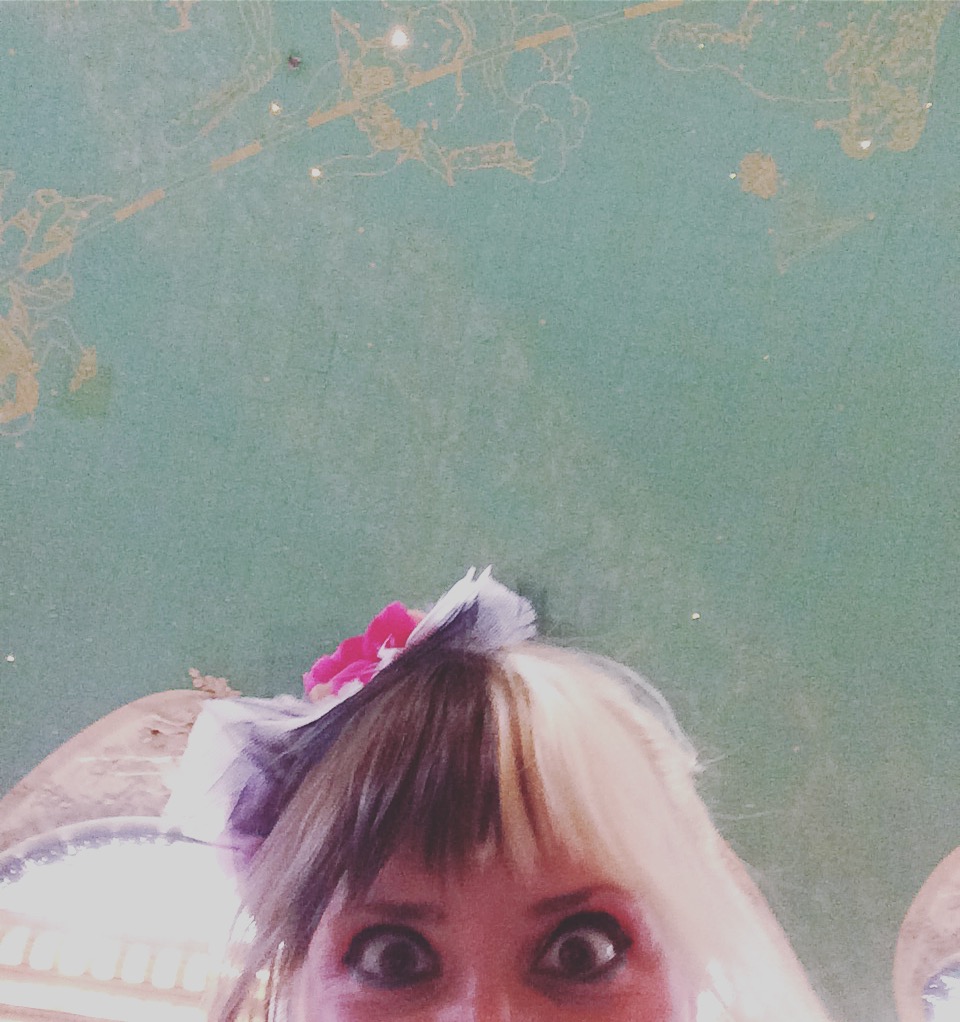 Happy Friday, again! I’ve been off from the studio this week, and you know what that means!!! A lot of grocery shopping and laundry, haha! I touched-up my hair on Monday, and on Tuesday I spent the day with some friends from like….middle school? A loooong time ago. Therapy on Wednesday and I laundered ALL the textiles in the house on Thursday. Today looks like rain, but I’m still hoping to take some clothes to re-sell at local second-hand stores and buy some hangers and toilet paper from Rite Aid.

Oh so wanna know something COOL???

For over a year, I’ve been wanting to get my ears re-pierced. I thought my holes had closed up, but this morning I tried to gently put some earrings in, and it WORKED! I can wear earrings! I’m so excited!

Y’all excited for the weekend????

I know I’m excited to share some of the hilarious gems I’ve found on the Internet this week, so buckle pup, here they come!

We Want Plates documents those … odd … serving choices. Personally, I think this creativity is rad! Whether you’re “for” or “against” serving food out of dog bowls, toilets, and trash cans, this blog is a fun scroll!!

This Belladonna piece about updated 80’s films is so shareable, go give it a read!

The Stop Clickbait Facebook Page is the anti-feed for your Facebook feed. I spent a VERY long time scrolling this on Sunday, because sometimes spoilers can be SO SATISFYING!!

Foodiggity founder Chris Durso created all 50 states out of food, but not just any food — PUNNY FOOD! This greatly amuses, and if you’re impressed (which you are, duh) check out more of his food art at Foodiggity!

And now, we present the first canine surf instructor, teaching his human student the ways of the waves:

When the dog is more talented… pic.twitter.com/aemuxUhdfl

In preparing for Burning Man, my campmates and I are spending a lot of time on spreadsheets. As we say, “Spreadsheets make fun more fun!” And here’s a kid who knows it’s true!:

Hey kids! How great was the movie Follow That Bird??? This is a little more grown-up version, but the Muppets are SO COOL!

Kesha’s new song is great! I’m so glad to see her coming back, and I love the carefree, badass vibes in this total banger. Plus the horns! I’m so about the glitter, cowboy, disco aesthetic. Enjoy!!!