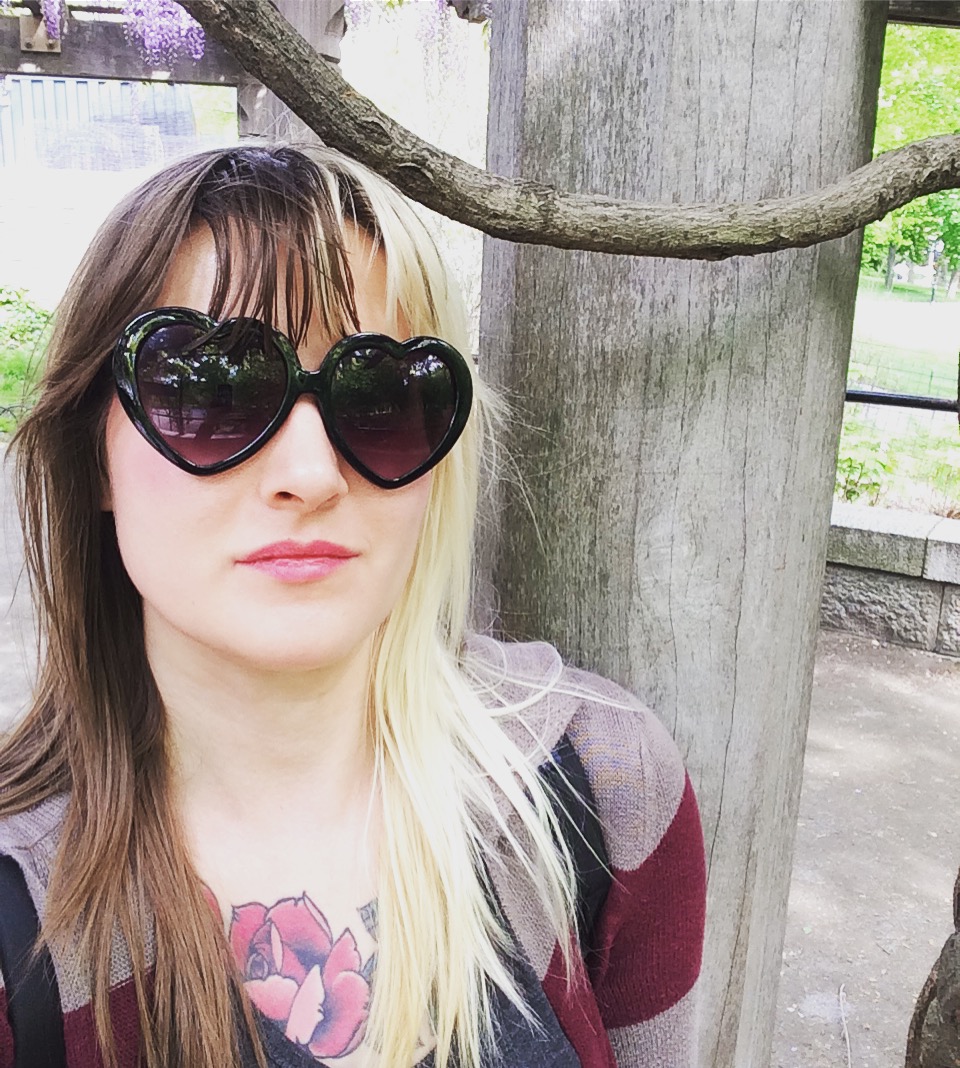 Ok, I love spending the day alone. I love going for walks, enjoying the parks, taking in the museums, photographing local landmarks, and taking myself out to lunch. It’s fun. I’m great company!

The only down side to this is that I’ve had to learn How To End A Conversation.

Last weekend, I was coming home from my tour at 11:00 at night. As the G train was pulling into my station, there were two girls running for the train. You see this a lot with the G, but on this blessed night, they made it! These girls made it! When the doors opened, I applauded them, and both myself and another girl started chatting on the stroll to the exit about how much it sucks when you run for the G and you don’t make it. We’re laughing and then she says, “Have a good night!” And I recognized that move. She was Ending the Conversation. So even though we walked in the same direction for three blocks, I Did Not Attempt to continue making jokes at her. The conversation was ended. I respected the hell out of that.

HOW TO END A CONVERSATION THE RIGHT WAY #1: “Have A Good Night!”

I admired the way this worked on me, so I tried to adapt it for my own needs yesterday. Walking from my therapists’ office up Fifth Avenue near Rockefeller Center (ugh, I know) when a quartet of men trying to hussle tourists for money by “giving away free CDs” then haranguing them for a “donation.” If this is the first time you’ve ever heard of this practice then I say to you, You should really visit New York City at least once in your lifetime! Because clearly you’ve never been here, ever. Anyway, these four guys are walking shoulder-to-shoulder down the middle of the street like a giant street-sweeper of practiced scammers (don’t hate the players, hate the game). One puts his hand out to me, I am his target.

“No thanks,” I attempt to walk past. He reaches out to block me.

“Where are you from? Don’t walk away!”

I reach out for his hand, give it a limp shake, and attempt to use the trick I’ve learned from the other night.

“Have a nice day!” End of Conversation.

HOW TO END A CONVERSATION THE RIGHT WAY #2: “Have A Nice Day!”

As you can tell from the photograph, I had just entered Central Park at East 72nd Street and was heading towards the band shell. Obviously. As usual, there was a skating course set up and about three guys were doing tricks on roller blades. I watched for a little while. I smiled, it was fun. I was just walking through the park on my own, enjoying the day.

But I guess I smiled too much, because after the performance, one of the skaters took it upon himself to follow me — on roller blades! — half of the way across the park.

“Yeah!” I smiled, because I am capable of being a decent human being sometimes. “That was impressive!”

I guess the lesson here is that I should NEVER BE NICE OR TALK TO ANYONE EVER, because he started skating after me, asking me rapid-fire questions about myself.

“Do you skate? Where are you from? You look like a European tourist. Nice tattoos! What do they mean?”

I pulled my ace out of my sleeve.

“Have a nice day!” I waved. Then I kept walking away from the skating area and down the path.

Wouldn’t you know, this jerk skated a circle around me to try to block me? Takes some serious nards for a man on in-line skates to try to physically pen a woman into a conversation.

“Where do you live?”

Now I don’t believe that “I Have A Boyfriend” is one of the Right Ways to End A Conversation, but hey, sometimes you have to go there.

“I live with my boyfriend,” I enunciated. End of Conversation, right? Nope. He keeps rolling down the path after me.

“I feel like we have a connection!” He says earnestly, in that way that people who aren’t trying to be creepy actually end up being totally creepy. “You should come down here and skate with us sometime! There’s a big group of us that skate. You should come down on the weekends! Saturday and Sunday, 3 until sundown, right down there by the hockey area.”

“Sure, weekends, nice, then I can bring my boyfriend,” I repeated, just in case this asshole hadn’t heard me the first time.

Oh, but he had. Because now this complete stranger tried to woo me away from my actual boyfriend ostensibly by doing some roller skating tricks:

“Hey, can I show you something your boyfriend can’t do?” he winks.

I don’t miss a beat.

“You’re gonna propose to me?”

Reader, he stopped following me

HOW TO END A CONVERSATION THE WRONG WAY: Marry Them.

I do not recommend this tactic for Ending Conversations because this has potential to backfire in your face. I mean, you could find yourself spending the rest of your life with a passing street harasser! Imagine growing old with someone who roller blades in the park just because you tried to escape them by calling their bluff. Kids, don’t try this at home. And if you do, make sure you’re wearing helmet, knee, and elbow pads. It’s dangerous out there. Learn ye and know ye the Right Way to End A Conversation, and stay safe!