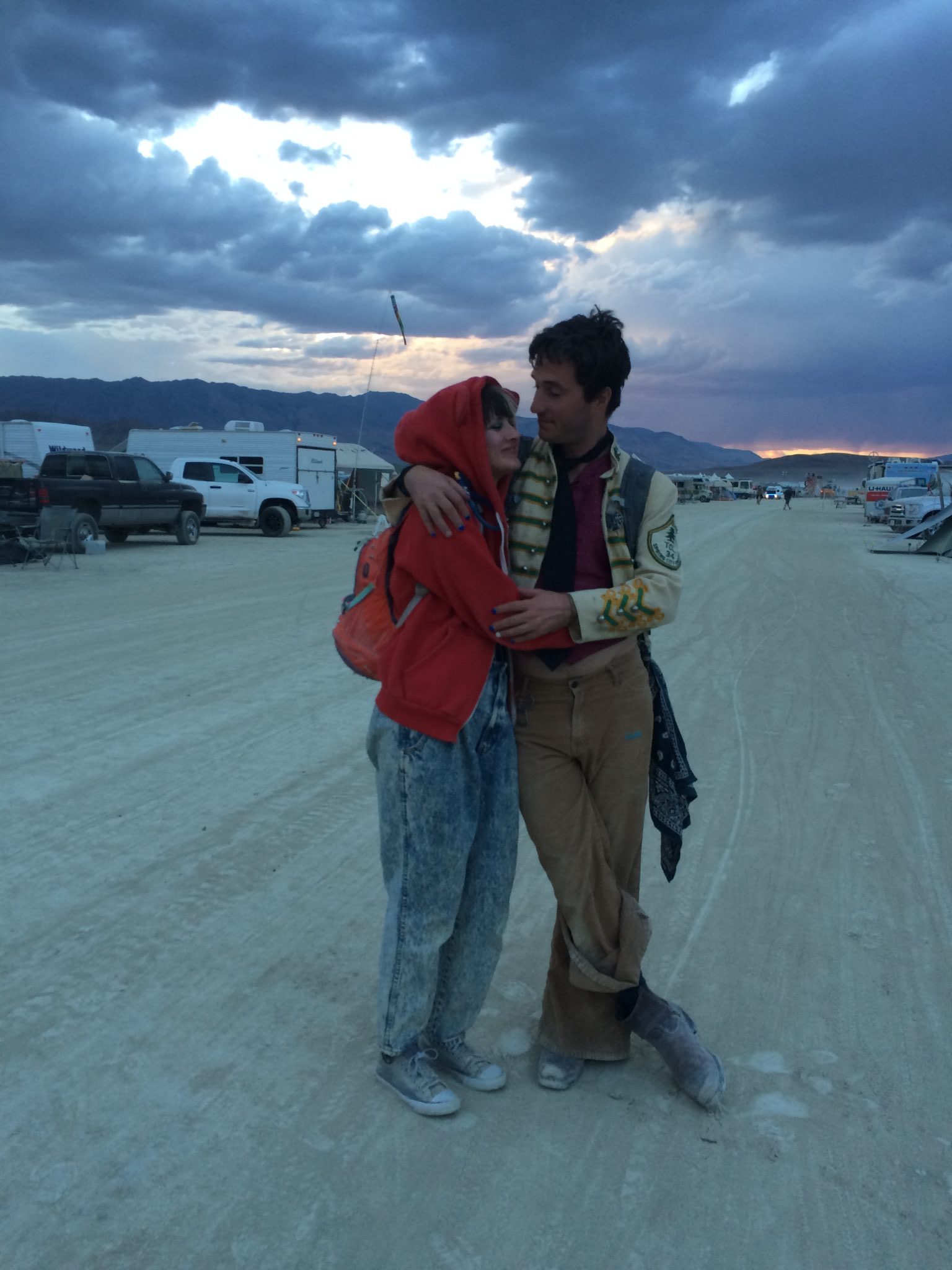 Women are always criticized for this: taking photos when they should* be living in the moment.

* “should” says who? but whatever.

So this year, after Burning Man, my boyfriend surprised me by lamenting a lack of photographs. 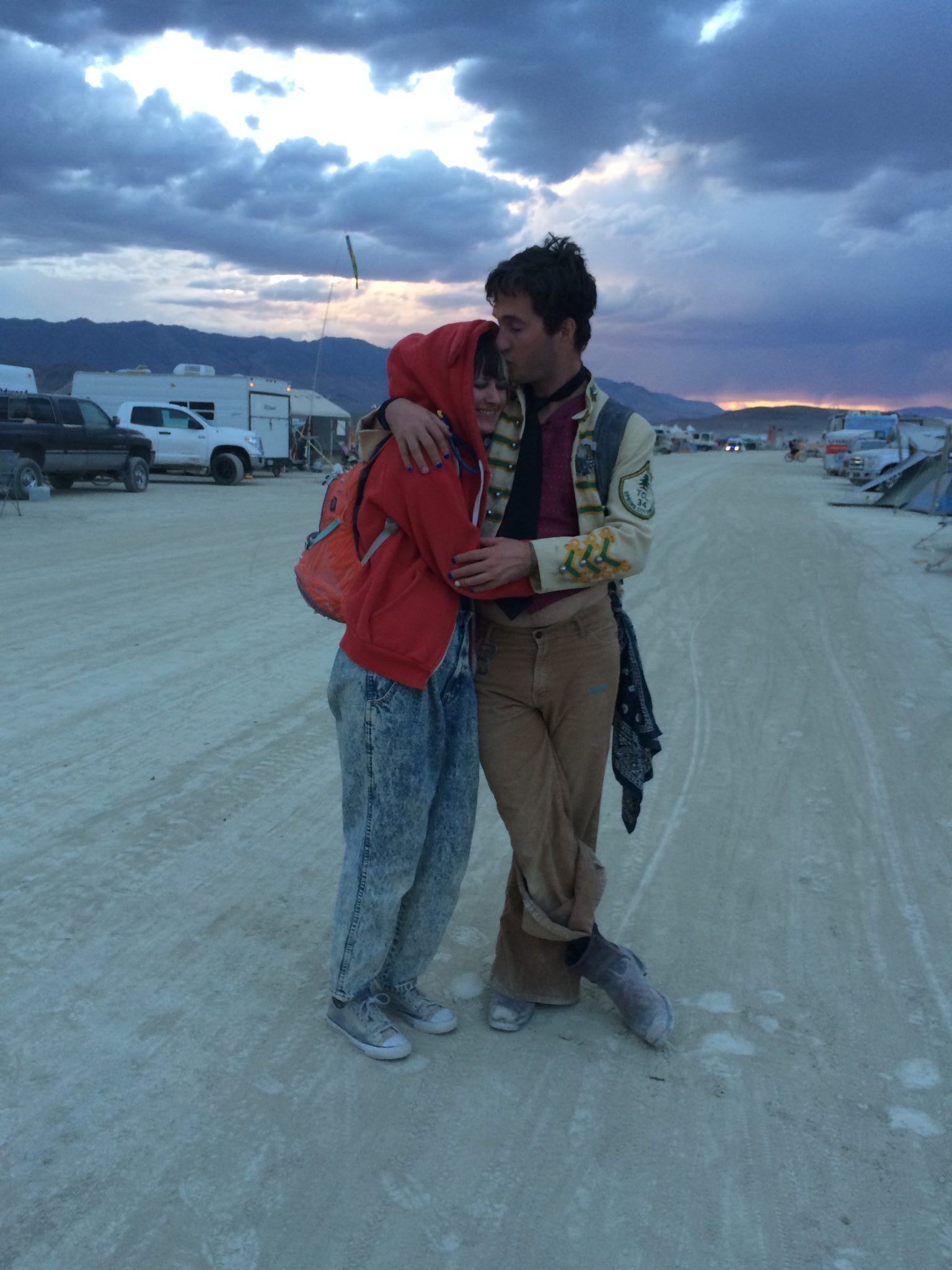 This year, I felt my phone burn a hole in my pocket. It felt dirty carrying it out, even admitting that I might want to take a photograph of like, the most amazing place on Earth that only happens once a year.

Did I have a less exciting burn, just because there are fewer photos to show for it? NO.

Did I have a more meaningful burn, just because I didn’t take as many photos? Again, NO.

Am I glad that I begged a campmate to snap these photos of my boyfriend and I in the middle of the street at dusk? Absolutely. Taking the five minutes out of dinner to stand in front of the sunset and capture the moment forever was absolutely worth it. 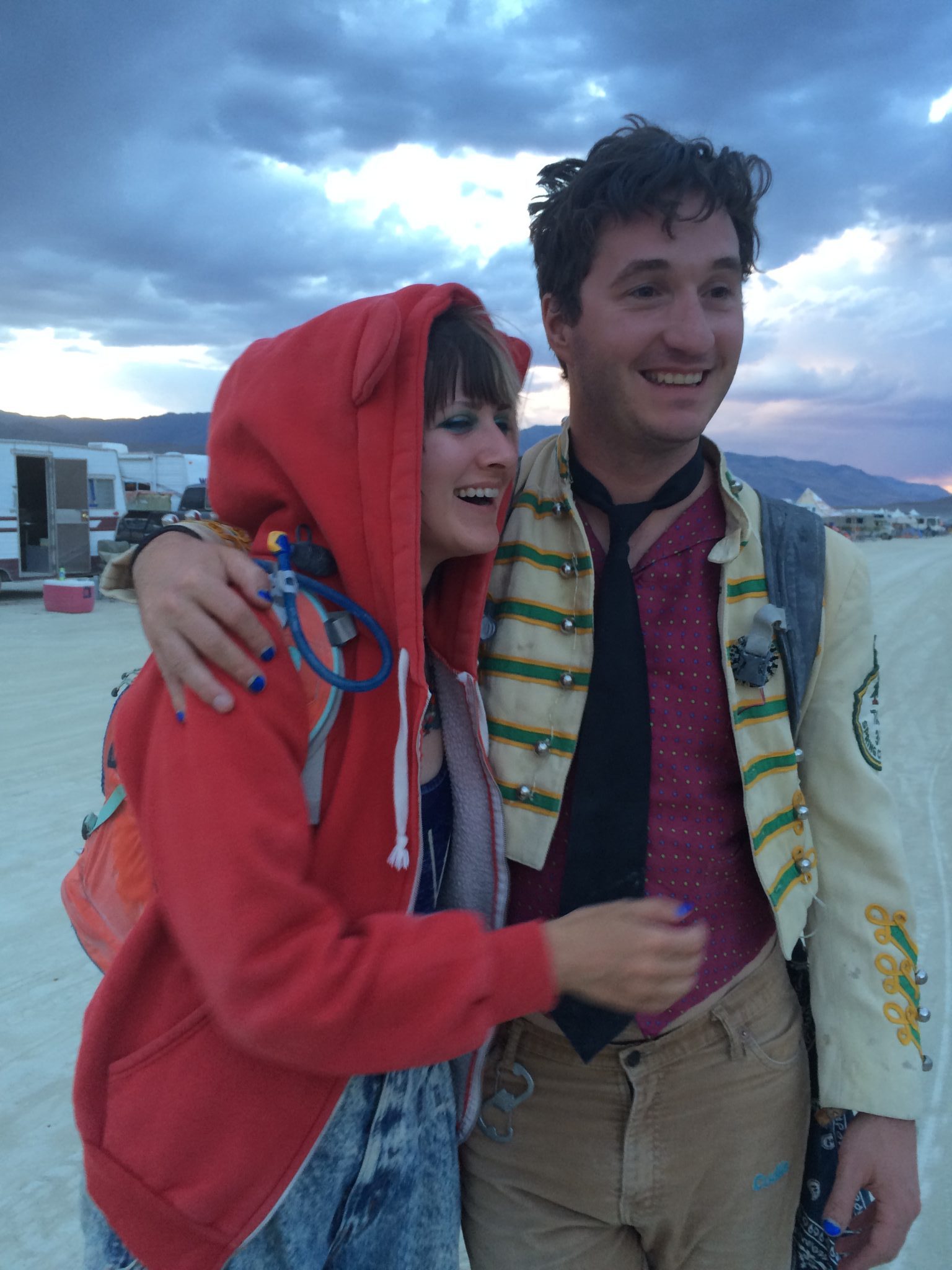 On the other hand, I don’t regret leaving all the cameras in the tent while riding out to our favorite bar, hosting impromptu potlucks, weeping in the temple, riding out to the trash fence and finding the Space Cats, or discussing mortality with strangers.

I loved seeing all the candid moments I was caught in by my campmates when they posted photos on Facebook. Guys, if you’re reading this, I love them, and you’re AMAZING photographers! And a super special THANK YOU to the Good Samaritan who snapped these for my boyfriend and I. I’ll be forever grateful that you captured this much happiness in pixels for me to look at and treasure for the rest of my life. Maybe someone watching me pose in the middle of the street with my love might have thought the same things the announcers in the baseball video were saying: “Turn around and look at that sunset behind you!” or whatnot. If taking a photo of a moment in time makes you happier in the long run than just “living in that moment,” then do it. Haters be damned. 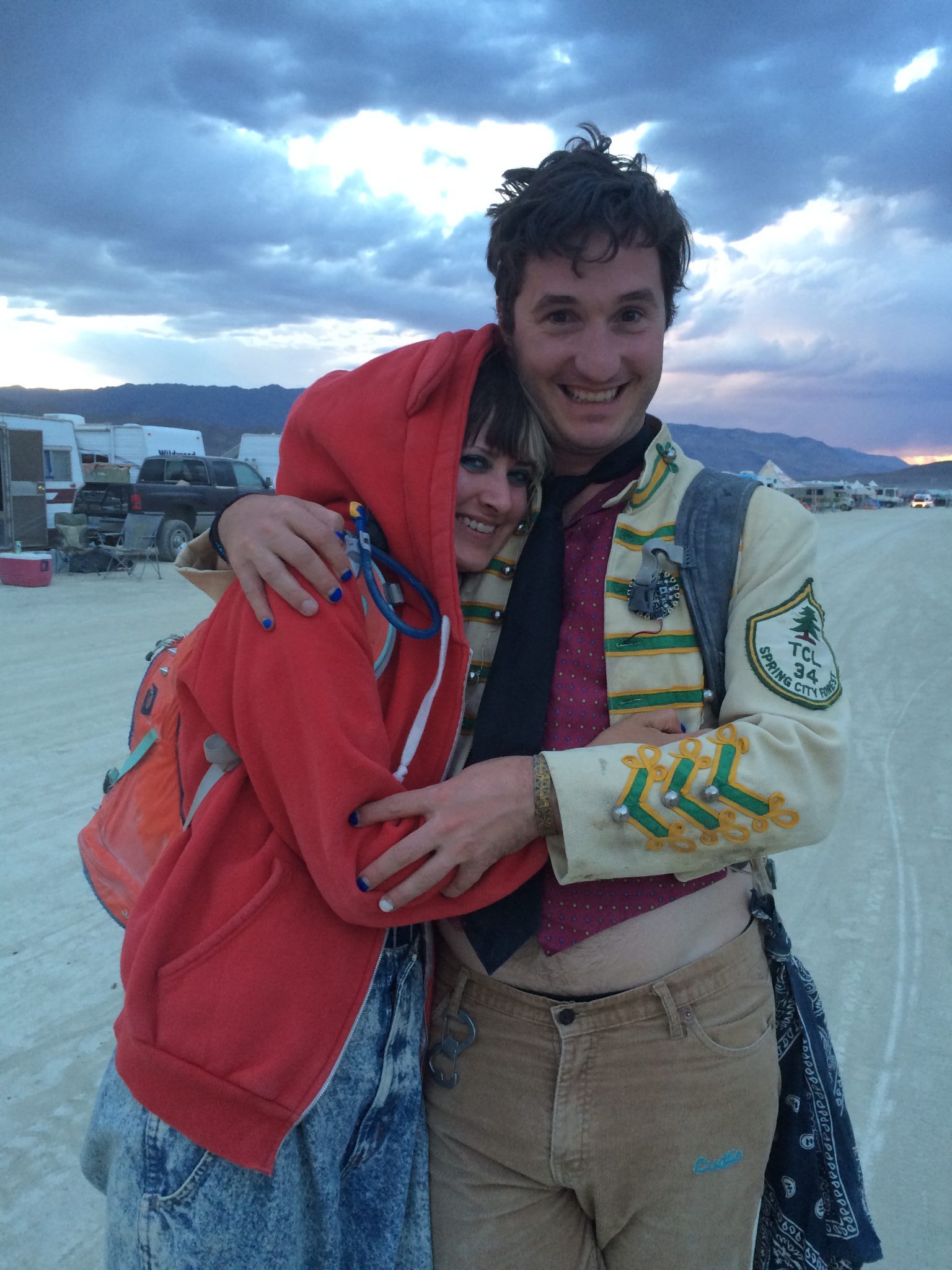