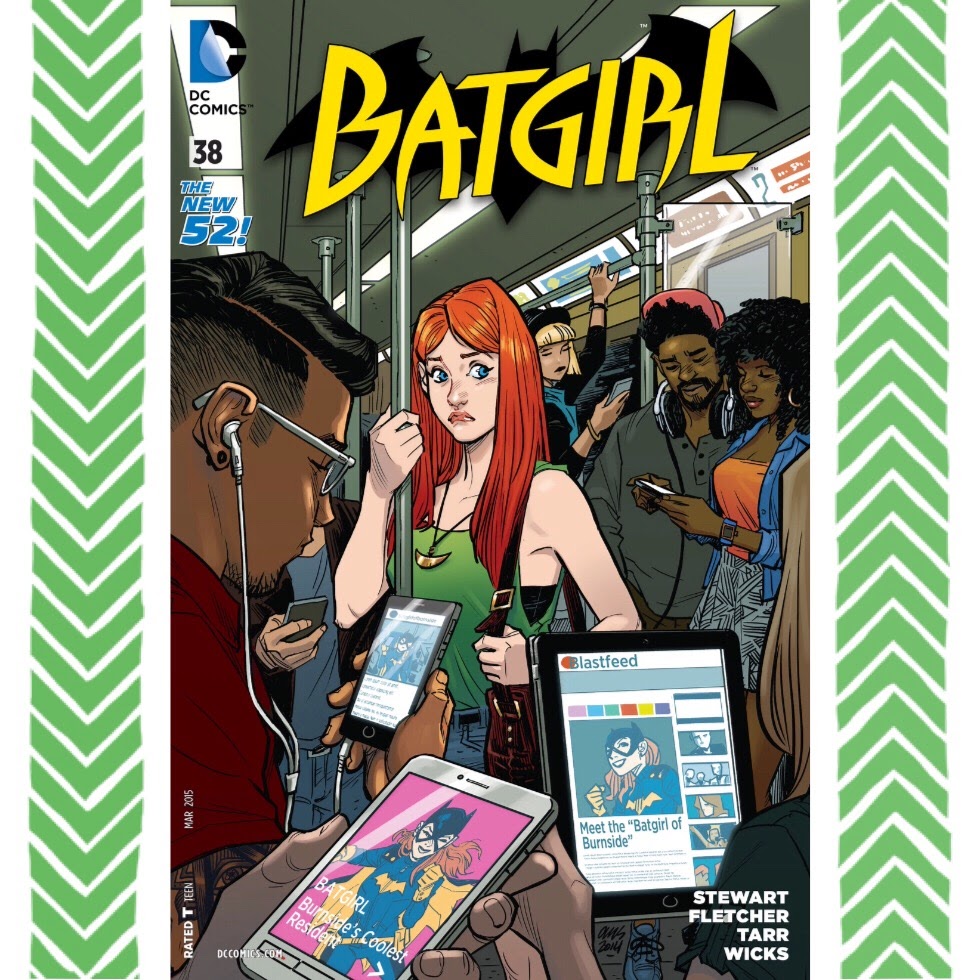 Don’t be fooled by the shy, demure girl on the cover who’s apparently afraid to ride the subway.  In this issue, Batgirl does a complete 180 from badass to Bad Guy. 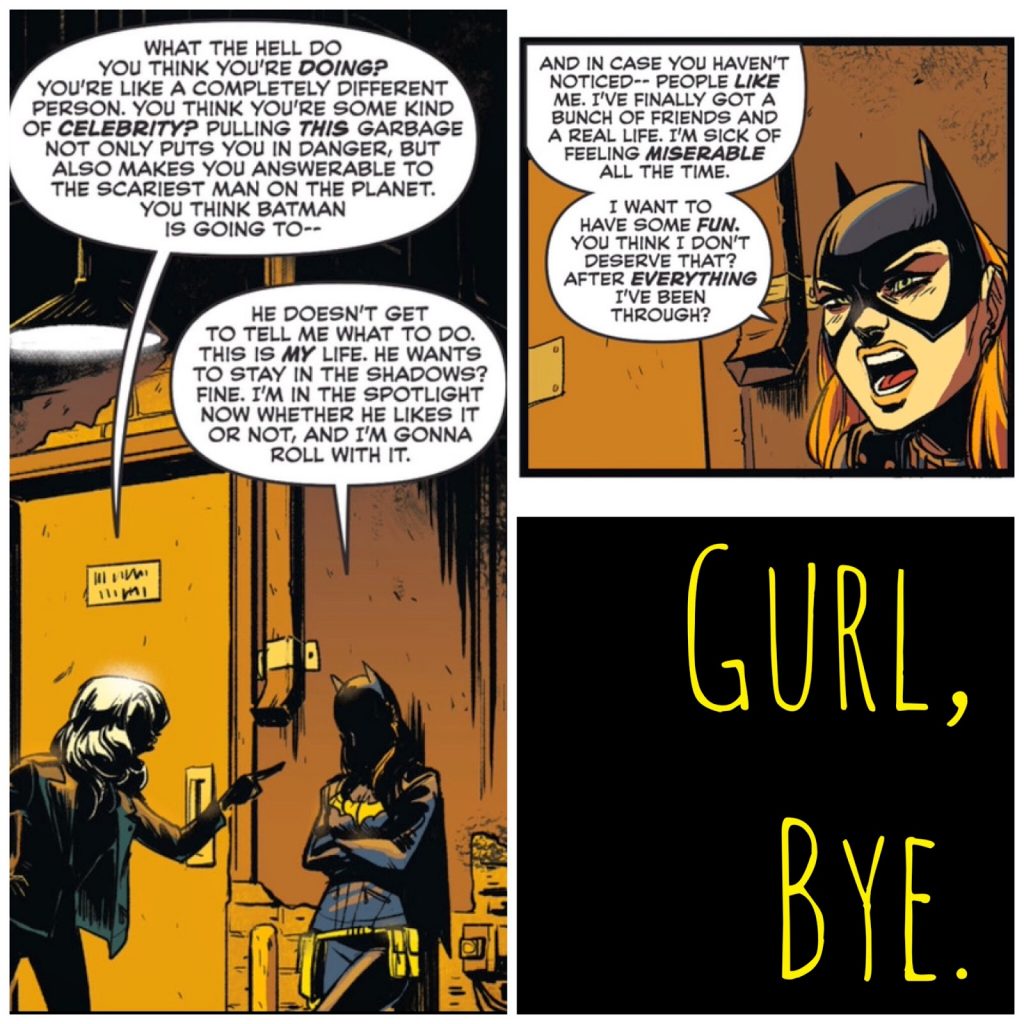 But first, let’s talk about the good things. Even if it comes seemingly out of nowhere, Barbara Gordon’s sudden flirtation with celebrity is an interesting development.  Remember how in the last issue, she shuns the spotlight?  Well, for whatever reason, that shy girl has become a show off.  Okay.  Let’s roll with it, then.

While this may leave a bad taste in some mouths, I instead think it’s an interesting track to follow.  Too long has Barbara Gordon been a sainted victim, and it’s good to see a different side of her.  There are moments when this drastic character shift seems less abrupt and more believable, namely, on her first date with Officer Hotcop – I mean LIAM: 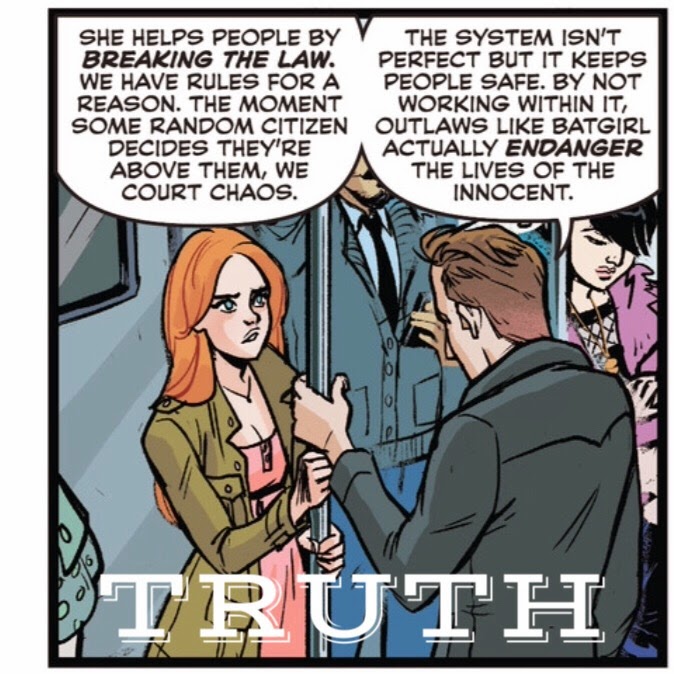 Here we see her feebly attempting to defend her actions when presented with the opposing side.  This romantic pairing suddenly got a lot more interesting!  Blushie hearts be damned.  I’ll accept this pair as star-crossed lovers on either side of the law!

Now the not-so-good.  First of all, I’m just going to say it, how long is this issue?  It’s like ten panels.  Really?  And most of them are of poor Babsy pouting that nobody understands her.  Fine.  Whatever.  At least we’re treating to more of the wonderful Babs Tarr and her stunning ability to draw complicated facial expressions: 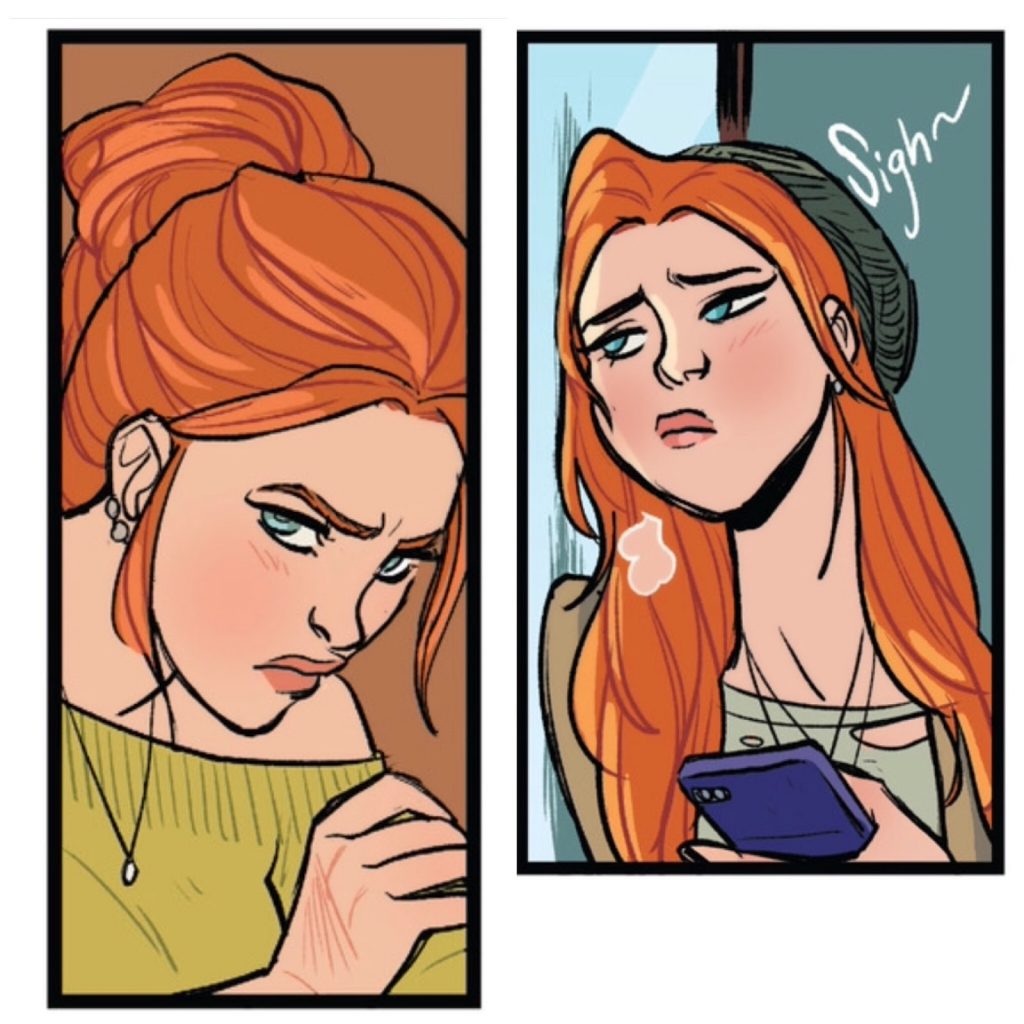 I already mentioned that this issue seemed pathetically light.  And there was virtually no explanation as to how Babs went from reluctantly acknowledging the public in that beautiful Brooklyn Bridge pixtagram at the end of the first issue to having drinks at a bar in costume. 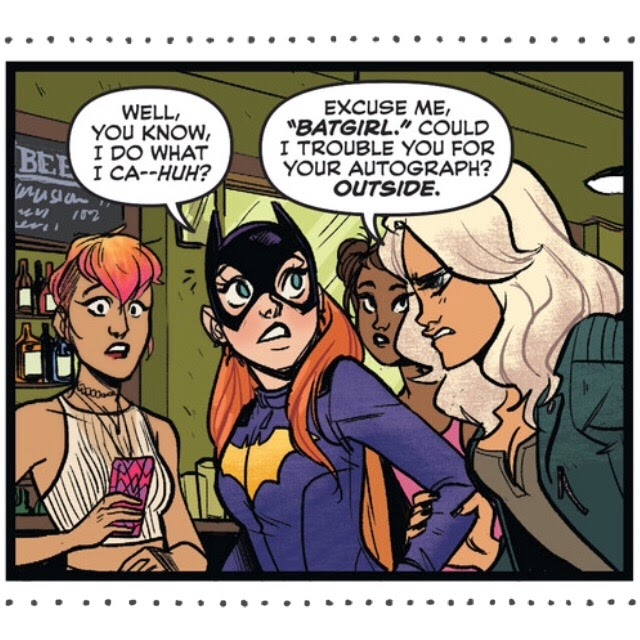 So, how do we feel about this issue?  Ultimately, I think I have to say I’m disappointed.  While I enjoy the concept of the story, I think the issue was far too quick to fully explore what they were trying to convey.  Just two more pages of panels to explain how we got to where we got to: a Batgirl who, on the cover, just wants to blend in and help her city, to a vigilante who takes justice into her own hands, ready to risk whatever she must to be seen as a hero – even if that makes her a bad guy.