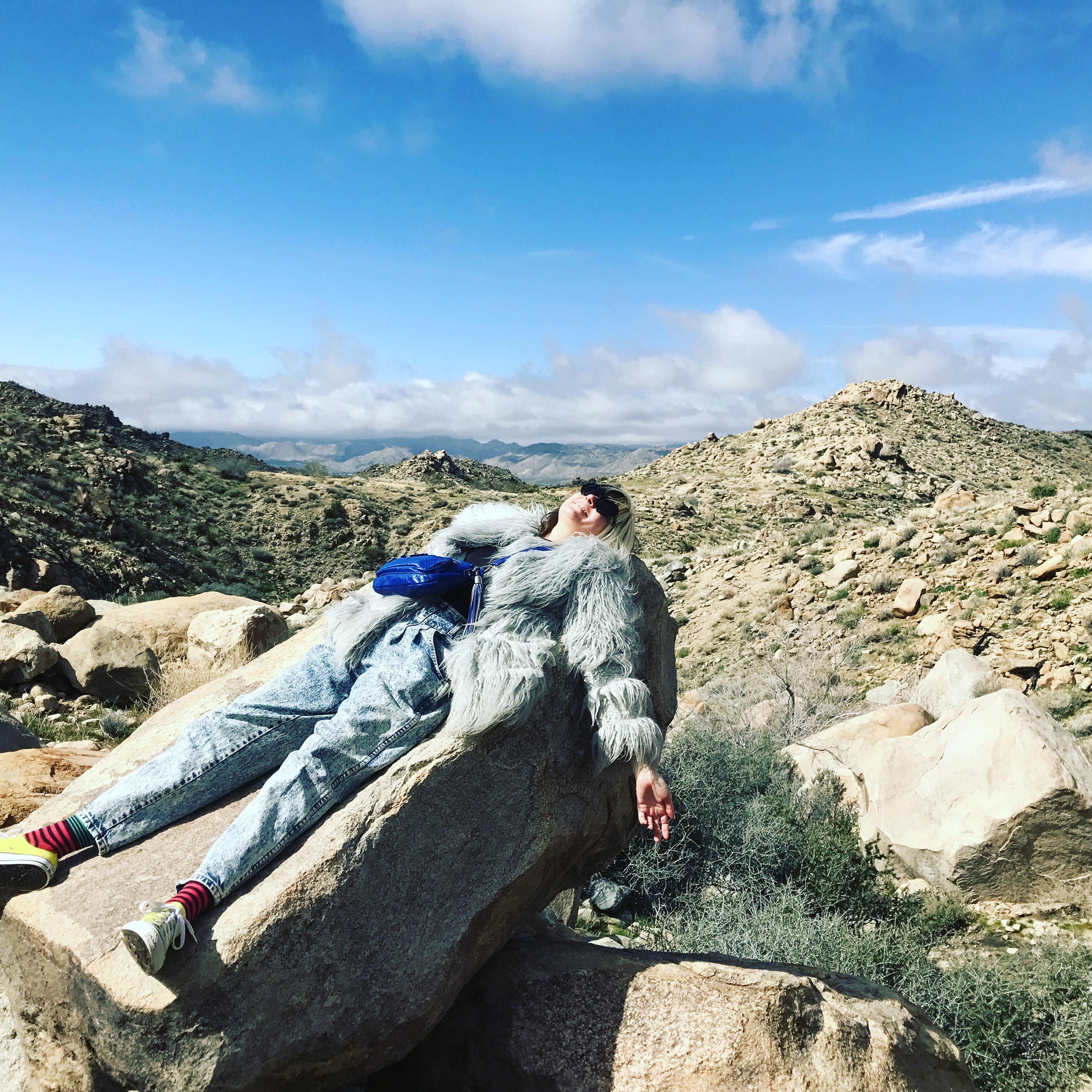 Yes, I was the weird kid who’d stop to pick up a rock off the ground if it was shiny, smooth, OR formed a neat shape (this one looks like a strawberry!). It wasn’t uncommon for me to come home with pockets of rocks. And that’s exactly what the inside of my purse, pockets, and luggage was like when I came home from California.

I did this last year, too, though to be fair, I had a two-year-old accomplice handing me shiny rocks as gifts. Not just me: the other adults would receive shiny rock offerings as well…but I was the only one who appreciated and kept them. We made quite a good team!

This year, however, I believe my comrade had grown out of his shiny rock phase. I had not. But I restrained myself to only bringing home the shiniest of rocks. HEY! Maybe it’s a quartz!

And then we went hiking in Joshua Tree National Park. NOTE: I DID NOT STEAL ROCKS FROM A NATIONAL PARK! That is very, very bad and against the rules! And as long as these rocks were “look, don’t touch,” I resigned myself to just taking photos of them.

AND HERE THEY ARE.

Were you a rock-collecting kid? Is it weird to go on vacation and collect rocks? Would that be like someone coming to New York City and taking home discarded MetroCards that they picked off the subway platform as souvenirs? Yeah, when I put it that way, MAYBE. So this concludes the California posts, and now back to our regularly scheduled blogging!